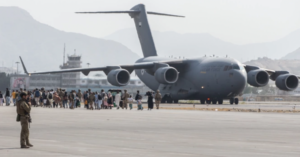 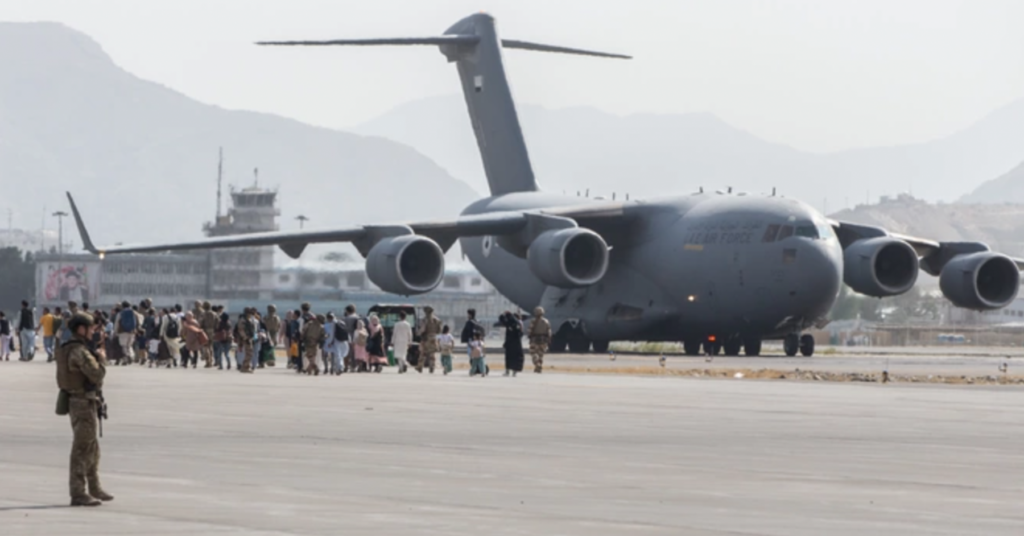 Afghan Women Sent Canada Requests for Help. When They Finally Got an Email Back, They Were Told The Evacuation Was Over.

As Canada ends its Afghanistan evacuation operation, those working to help vulnerable individuals escape are raising concerns that the ministry in charge of processing resettlement applications made a mess of the rescue mission.

Earlier this month, while the Taliban captured key cities in Afghanistan and advanced on the capital of Kabul, the Government of Canada announced it would “resettle 20,000 vulnerable Afghans threatened by the Taliban and forced to flee Afghanistan.”

Prime Minister Justin Trudeau reiterated this message at Rideau Hall on August 15, in a statement delivered moments before announcing a snap federal election.

The situation in Afghanistan is continuing to deteriorate, and Afghans’ lives are under threat. To help them, we’re expanding our resettlement program – we’re going to resettle 20,000 vulnerable Afghans and expedite processing timelines. Get the details: https://t.co/4amf5mVIAi

But the Canadian prime minister’s words stand in contrast to realities on the ground for those working around the clock to help women leaders escape Afghanistan.

One source, who works with a civil society group currently trying to help dozens of prominent Afghan women leaders get out of the country, says their efforts were made more difficult by Immigration, Refugees and Citizenship Canada — the ministry responsible for processing resettlement applications.

“The immigration forms that were available initially had unrealistic criteria and took hours to fill-in with detail that indicated Canada had no understanding of what people were going through on the ground in hiding,” the source told PressProgress.

“Most had stored or deleted their documentation that could put them at risk.”

They noted that sympathetic contacts inside the Canadian government have been suggesting IRCC lacked adequate resources to respond to the humanitarian crisis.

“I was told that all ‘applications’ (emails) were initially processed by two 9-5ers who were completely overwhelmed.”

Canadians are a compassionate people, and that light shines brightly at times like these.

Welcoming refugees is be a national project, and I look forward to seeing Canadians open their homes and their hearts to the Afghans who will soon be starting new lives here. pic.twitter.com/Ud2GIMCbgD

Alexander Cohen, spokesperson for Immigration, Refugees and Citizenship Minister Marco Mendicino, told PressProgress the ministry has been “operating with urgency and have cut through bureaucratic barriers to evacuate as many people as we can.”

The spokesperson did not respond to multiple requests specifically asking how many IRCC staff were processing applications or whether they felt they had enough resources to adequately respond to the urgency of the crisis.

An IRCC spokesperson further suggested the ministry was “processing these applications digitally and using visa officers throughout the Middle East, Africa, Asia, Europe and in Ottawa.”

Breakdowns in communications also appear to have hampered the rescue mission.

At one point during the evacuation, “the government sent an email advising people to go to the airport only to abandon the gate an hour later,” the source said. “People go to the end of the line and there was no Canadian rep there.”

Afghan women leaders who sent requests for assistance through an official channel established by IRCC to handle such requests also received no response, they said.

Emails obtained by PressProgress show one Afghan woman leader who sent an application accompanied by a letter of support from a prominent international organization received an automated confirmation email advising it had been “forwarded to the appropriate division at headquarters or missions abroad.” 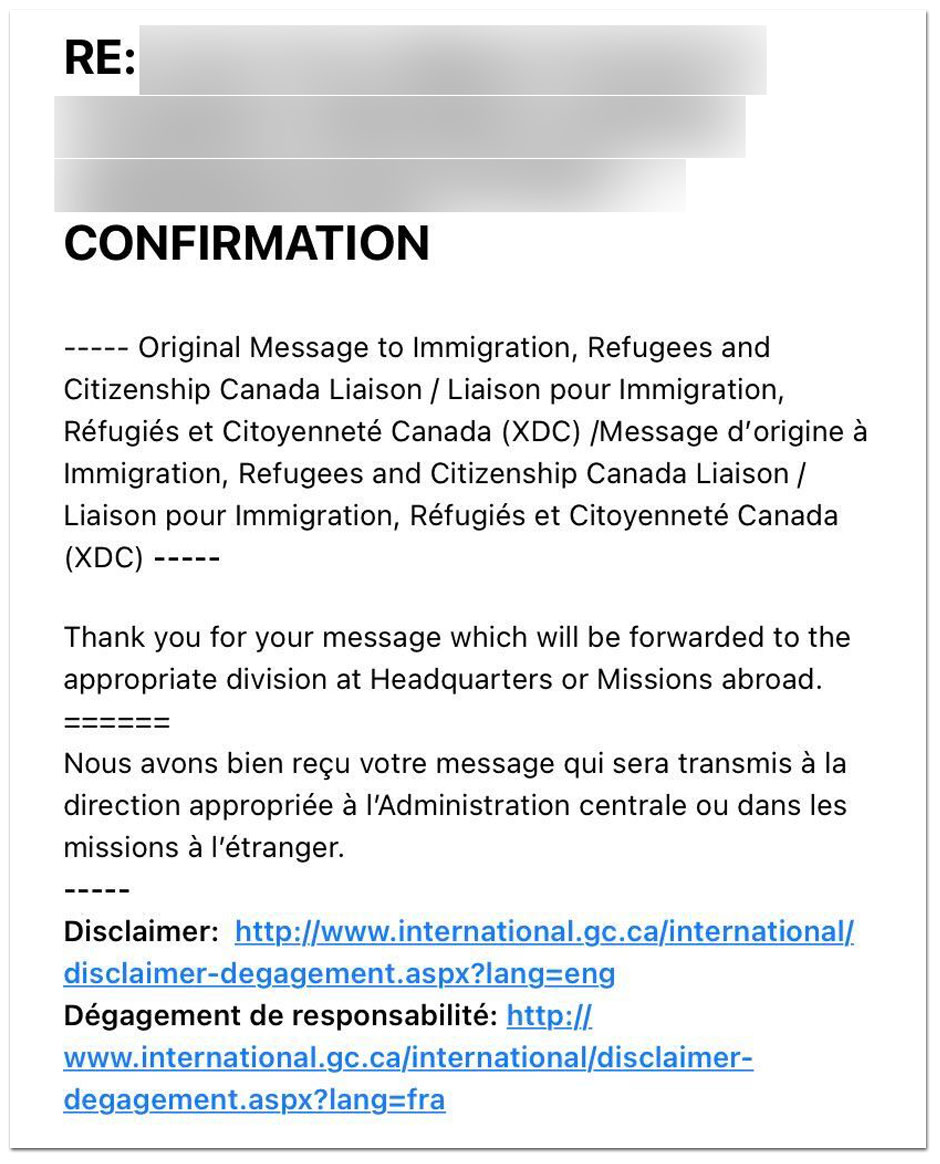 The source says they received no further follow-up on that email until August 26 when they received a mass email from IRCC announcing the Canadian government had ended its evacuation.

“Evacuation operations from Afghanistan have now ended,” the IRCC email read. “At this time, no further evacuation flights are being planned.”

It added that “IRCC continues to process applications on a priority basis toward finalization as conditions allow, including for those who can safely leave Afghanistan.

“Until such a time that the security situation stabilizes, be mindful of the security environment and where possible, take the necessary steps to ensure your security and that of your family.”

“They instructed us to send emails, then they never respond,” the source said. “Then they send an email saying all evacs are done.”

Nastaran Roushan, a Toronto-based immigration lawyer, says she is not surprised by the accounts described by those working with civil society groups.

“Colleagues who are trying to extract clients are unable to obtain substantive information,” Roushan told PressProgress. “The latest correspondence from the government is to avoid Kabul airport until further notice. There is no plan being communicated as to how/when people can be evacuated.”

IRCC’s management of the crisis has come under increased scrutiny. Retired General Rick Hillier, former commander of NATO forces in Afghanistan, recently suggested the rescue mission was “cluttered by bureaucratic clumsiness” while the Canadian Council for Refugees is calling on IRCC to improve its communications.

Roushan said it suggests the government is “reacting to the situation, rather than having had a plan in place before the fall of Kabul.”

“It speaks to the lack of communication between our foreign affairs department and IRCC and/or a lack of desire to assist individuals until there is a media fallout,” the immigration lawyer said.

“It also speaks to the institutional culture of delay at the IRCC,” Roushan added.  “Many of the individuals in Afghanistan were eligible to come to Canada under pre-existing programs (such as sponsorships) and who have been waiting for years for the processing of their applications.”

“There is no reason that these sponsorships should take years to process. IRCC needs a paradigm shift in its views on timelines and the processing of applications.”