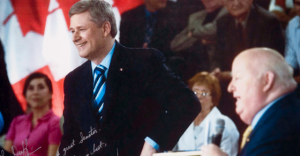 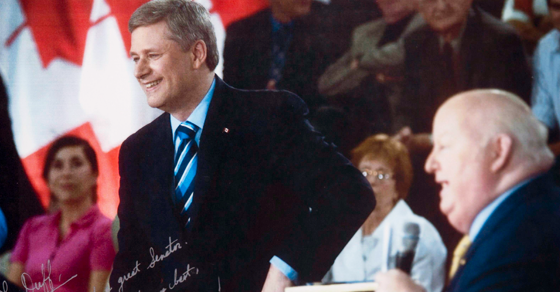 So, what did we all learn from the Mike Duffy trial?

So, what did we all learn from the Mike Duffy trial?

Although Duffy was acquitted on 31 charges, including bribery, fraud, and breach of trust, the verdict was less than vindicating for the former Conservative government:

I have to tell you i’m less surprised by the total #Duffy acquittal than the surprise end-of-ruling evisceration of PMO et al.

“actions driven by deceit, manipulations
& carried out in a clandestine manner” more apt for PMO than #Duffy, judge says in decision. Ouch!

#duffy Judge suggests PMO should have been charged with bribery, not Duffy.

But wasn’t that what this was really about all along?

A secretive and controlling Prime Minister’s Office doing everything in its power, including things that maybe went beyond its power, to avoid embarrassment?

Here are a few things the Duffy trial taught us about the culture of the Conservative Party of Canada:

1. Conservative Senators are not that independent

Was it not Sir John A MacDonald who once said the Senate “must be an independent House, having a free action of its own”?

Despite Harper’s attempts to convince everyone the Senate is an “independent body,” e-mails released during the trial paint a very different picture.

“Just a quick note to say that I am always ready to do exactly what is asked.”

In his ruling, Judge Charles Vaillancourt even concluded “senior members of the Senate” were “robotically marching forth to recite their provided scripted lines.”

2. “Vandalizing” institutions is something worth thinking about

What’s worse than manipulating Senate proceedings behind the scenes?

Maybe considering “vandalizing” the “process and traditions of the Senate” too?

Documents tabled in court as evidence during the Duffy trial showed PMO staff advising Harper on different options on how to effectively intervene in “independent” Senate business and make Duffy’s “Senate Residency Issue” go away.

Harper’s aides explained that “it is fundamental to us that all three Senators be deemed residents of the provinces they were appointed.”

One option was rigging a Senate committee to produce conclusions that were decided in advance. The committee would hold hearings and public meetings designed to “generate news on the issues,” before the committee would “deem all Senators residents of their province of appointment.”

Another option: introduce a motion in the Senate that would simply redefine residency, something Conservative Senators could use closure “to generate a vote within the Senate chamber, without a word of the debate ever being televised.”

Only problem? It could “be seen by some as the vandalizing of the process and traditions of the Senate.”

Something to think about, though. 3. Those “non-partisan senators” spend a heck of a lot of time doing partisan activities!

Conservative senators, appointed to offer sober second thought on matters of the greatest national importance, sure did spend a whole bunch of time on the “rubber chicken circuit”!

Plus, let’s not forget: on 14 separate occasions, Harper appointed defeated Conservative candidates to the “non-partisan” Senate.

So, instead of sober second thought, many senators were more likely to mingle at cocktail fundraisers for the Conservative Party of Canada.

Duffy, of course, was likely the worst: stumping for Conservative candidates, lending his name to fundraising letters, even trying to shake down Conservative supporters for cash in surreal video appeals:

The Duffy scandal was also useful for shining a light on the culture of entitlement running through the Senate.

Revelations about the expenses of Conservative and Liberal Senators showed that Senators really seem to like money – 14 Senators were recently ordered to repay $177,898 for inappropriate expenses.

One Conservative Senator summed the culture up when she argued auditors just didn’t understand how “awful” is is to be forced to eat “ice-cold Camembert with broken crackers.”

5. A lot of Stephen Harper’s friends ended up under the bus

After all, according to Harper, Duffy was 100% innocent, until he wasn’t.

Vaillancourt’s ruling concludes the PMO conducted an elaborate scheme to protect the Harper government from “an embarrassing political fiasco” that effectively threw Duffy “kicking and screaming” under the bus.

He even called the “political” and “covert” actions of Harper’s PMO “mind-boggling and shocking,” carried out with such “precision” as to “make any military commander proud.”

The same could be said about Nigel Wright: he too was 100% innocent, until he wasn’t.

And what about Pamella Wallin? She was also totally 100% innocent, until she wasn’t.

It turns out a lot of Stephen Harper’s friends ended up under the bus.

6. Stephen Harper was always very, very clear about everything

But never mind that the judge in the Duffy trial thinks the actions of Harper’s PMO were “mind-boggling.”

If there was one thing we Canadians, as a nation, learned through this whole ordeal, it is that Harper was “very clear” about everything all along.

And as Harper’s parliamentary secretary Paul Calandra might add: not only was Harper “very clear,” he was “very, very clear” too: