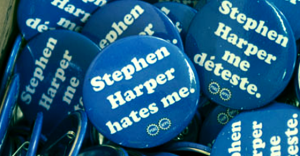 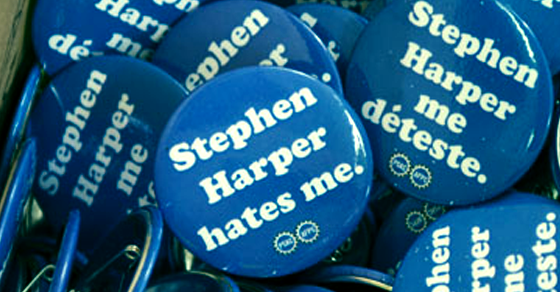 As public servants mark National Public Service Week with protests outside the Prime Minister’s Office, a new report from Voices-Voix is highlighting Conservative tactics used to silence opposing views from the federal bureaucracy.

Based on an analysis of 23 dust-ups with the public service, the report outlines the Conservatives’ favourite stifling strategies: If there’s an uppity civil servant worried about “RCMP abuse” or “nuclear safety,” you could take their concerns to heart.

Or you could slide a letter into their inbox letting them know their contracts won’t be renewed anytime soon.

Is your Justice Department highlighting all the ways your bills are going to contravene the Constitution?

Just cut their budget so that legal researchers are too swamped to carefully review any legislation.

3. “Smearing: Just as enjoyable as it sounds”

Let’s say an ombudsman raises legitimate concerns about the health services provided to veterans. But you’ve been playing that “Support Our Troops” tune for the past six years. Do you enact a policy review?

Nope. Just come up with a new definition for “ombudsman” and say that he isn’t doing this job correctly.

So what is a Prime Minister of a majority government to do? Ram through unconstitutionally iffy legislation that runs right over the chief electoral officer’s responsibilities.