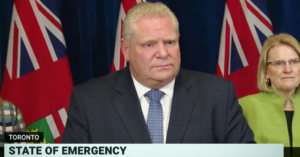 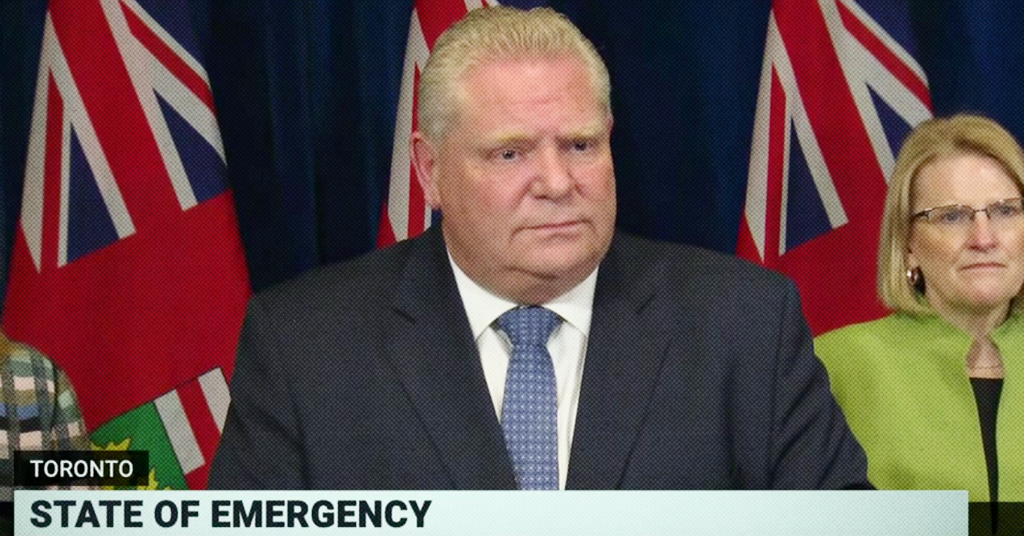 Many hospitals in Ontario operated at above 100% capacity in 2019

The Government of Ontario has declared a state of emergency in response to the coronavirus pandemic, but years of underfunding the province’s healthcare system could pose a challenge in boosting hospital capacity during the emergency.

Among the measures Premier Doug Ford announced Tuesday include $100 million in emergency funding to boost capacity in Ontario hospitals, describing the money as “surge funding” to help frontline healthcare workers “fight against COVID-19.”

This follows the government asking hospitals to cancel elective surgeries to “preserve capacity within our system.” However, the capacity at many Ontario hospitals is already stretched thin.

Sunnybrook hospital senior scientist Donald Redelmeier told PressProgress that his hospital was around 85% capacity on Monday, but said that may be “the lull before the storm.”

It is a widely-accepted international standard that hospitals should not exceed 85% capacity.

But Redelmeier explained the current occupancy of 85% capacity is partly due to the recent reductions in elective surgeries and other non-emergency practices.

“Some things can wait, but they can’t wait forever — say, joint replacement surgery for osteoporosis of the knee — that’s just not gonna happen now to make room for other patients who might need the bed,” Redelmeier said.

“It’s super important to get ahead of the situation — but eventually, there’s going to be a lot of pent up demand that does have to be looked after properly.”

Ontario Health Coalition executive Director Natalie Mehra said that cancelling elective procedures may be a temporary solution, but it will lead to more strain on the system down the road.

“Cancelling elective surgeries certainly will mean they clear out a number of beds,” Mehra told PressProgrress. “But it means Ontario has to have a plan to ramp up its hospital bed capacity period.”

“In Ontario, typically, occupancy is running above 100% in all of our large hospitals,” she said. “What that means is that every single bed is full, at that snapshot in time — to get to 100% or above it means every bed is full and there are patients on stretchers waiting for beds. It’s unsafe.”

Dataobtained by CBC News in January found 32 of Ontario’s hospitals were filled beyond 100% occupancy nearly every in the first half of 2019 — including Ontario’s 10 biggest hospitals.

A study of 169 of Ontario’s acute care hospital sites during the same period found:

The increase in capacity promised by the Ford government, while badly-needed, has to be balanced against years of stagnating funding and bed cuts.

According to the Ontario Hospital Association, Ontario’s hospitals have faced low or nearly flat funding for years — with only an increase of 5.4% from 2012-19, compared to an average of 12.9% among other provinces while population increased and hospitals absorbed inflationary costs. 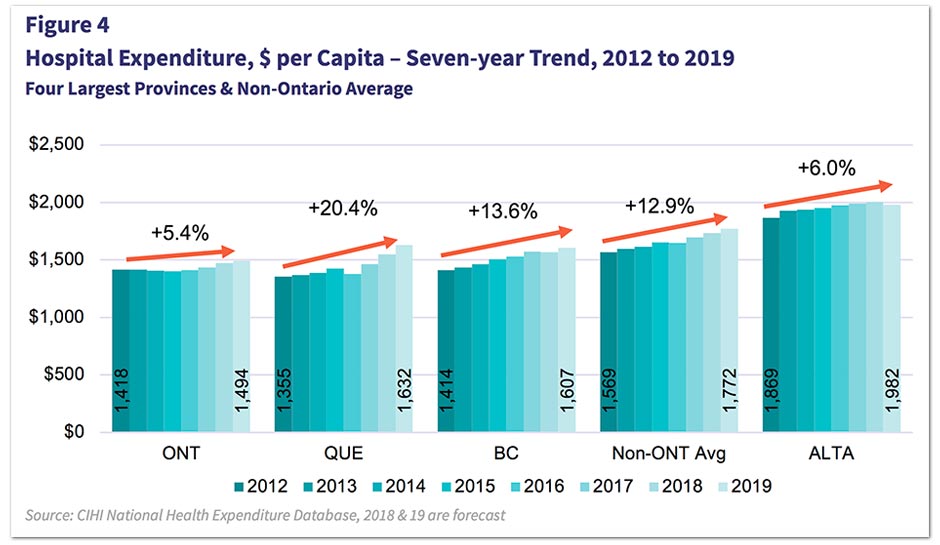 Ontario also has the fewest hospital beds per capita in the country at 1.4 per 1,000 people.

That compares to the national average of 2.0 and is lower than the average in Italy —  2.6 beds per thousand people. 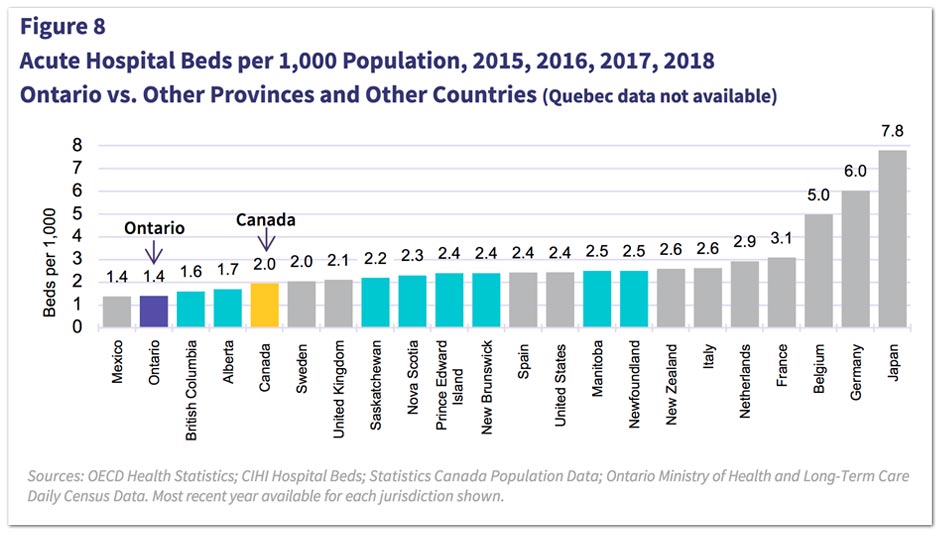 That’s partly because the number of acute and non-acute hospital beds in the province has significantly declined since 1990, according to the report.

Ontario’s Ministry of Health’s own numbers show the province has the lowest per capita health spending in Canada.

The Registered Nurses Association of Ontario notes this also held true in 2018, and that the province had the lowest registered nurses per capita and the second-lowest hospital spending per capita rate in the country, after Quebec.