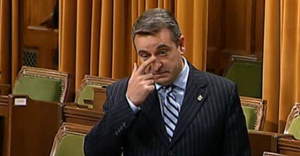 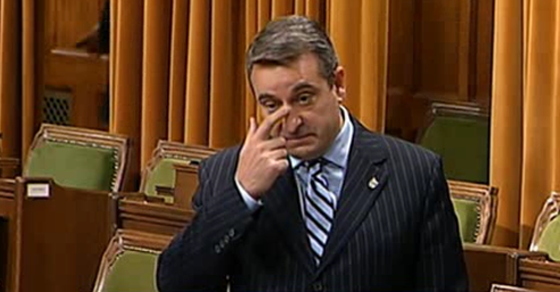 12 star Conservatives who will no longer be with us

After a long decade in power, the Stephen Harper years are now history.

After a long decade in power, the Stephen Harper years are now history.

Here are 12 other Conservative stars who will no longer twinkle following Monday night’s vote, just as the party announces a process to pick a new leader: As the Minister of Natural Resources, Oliver led the attack on environmentalists. As Finance Minister, he made sure the wealthiest Canadians got most of the tax benefits, something Oliver mused that Harper’s granddaughter would need to solve. As Minister of Veterans Affairs, Fantino found taxpayers’ $1.1 billion in savings by underspending on veterans’ death and disability benefits. Veterans will particularly remember Fantino for his warmth and empathy. People who knew Citizenship and Immigration Minister may have said Alexander was in politics because he liked helping people.

“Simply arriving on our shores and claiming hardships isn’t good enough,” Alexander once said about refugee health care. “This isn’t a self-selection bonanza, or a social program buffet.” This is what it sounds like when doves cry. Young will be remembered for saying Bill C-51 was inspired by the teachings of Jesus and falsely claiming CSIS knew about the Air India bombing but did not act. The figurative death of Crockatt’s political career is in no way more important than the actual death of any human being. Let’s give a standing ovation for Canada’s former Minister of Aboriginal Affairs!

Wait – that’s the guy who blamed youth suicides on bad parenting? Maybe let’s all just stay in our seats. Relieved of her duties on the House of Commons public safety committee, James will now be free to debunk the  “conspiracy theories” of the many, many, many critics of Bill C-51.

James, who is also an opponent of women’s reproductive rights, once wrote a letter to the editor calling gays “a tiny minority” and gay marriage “troubling” and “crazy.” While in Ottawa, Aglukkaq liked to read the newspaper.

Now that she is no longer an MP, Aglukkaq will have an opportunity to devote more time to her constituents. Who will be at Joyce Bateman’s send-off party?

Probably no one on the “enemies of Israel” list she read out at an all-candidates’ debate. And probably not the constituent who she told the Conservatives never cut the CBC’s funding. And probably none of the voters in her riding who received robocalls in 2011. And maybe Watson will finally find the time to read the Transportation Safety Board’s Lac-Mégantic report.