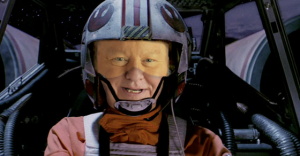 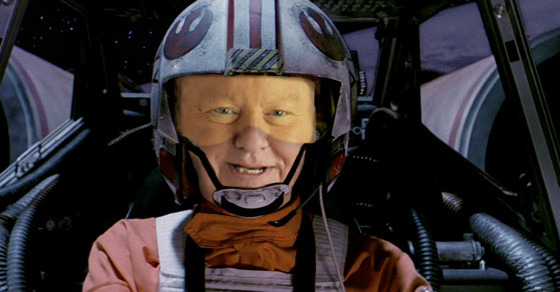 Why not a round-up of all the Mike Duffy trial's latest revelations expressed in the form of Star Wars gifs?

Mike Duffy just wrapped up testifying at his bribery, fraud and breach of trust trial stemming from claiming living expenses in a province far, far away.

So why not a round-up of Duffy’s latest revelations in the form of bandwagon-hopping Star Wars GIFs?

1. Duffy says Harper “coerced” him into paying back his expenses

“I was ordered to do this by the prime minister of Canada,” Duffy said in court, explaining he was “coerced into going along with this” under threat of losing his job in the Senate.

“Anything I did in this political manoeuvre was for the prime minister’s benefit, not for mine,” he added. “It was a political advantage for Stephen Harper.”

Duffy told the court he was coached on how to lie about where he got $90,000 by Stephen Harper’s director of issues management, Christ Woodcock.

According to Duffy, Woodcock told him to say he got the money from the “Royal Bank,” rather than Nigel Wright, Harper’s former Chief of Staff.

Duffy also alleged that a “black ops group at Conservative headquarters” used robocalls to misdirect voters and win the British Columbia riding of Saanich-Gulf Islands during the 2008 election.

“Basically what happened was that they used robocalls to misdirect NDP voters, to split the vote and allow Gary Lunn to win.”

4. Duffy claims he didn’t want to be a Senator

“It’s not true,” Duffy said. “I didn’t want to be a senator. I was offered a position years earlier by a different prime minister and said, thank you sir, but no thanks.”

5. Duffy was never in it for the money

“My life is not about money,” Duffy told Crown Prosecutor Mark Holmes. “If it were about money, I’d still be at CTV. My life is about trying to do the right thing, to be helpful to people and make a contribution.”

Duffy reportedly told the court that it’s hard to make ends meet with a Senator’s annual $147,000 salary, especially if you have kids and a mortgage.

7. Harper wanted to throw Duffy to the lions

“I was pleading with them to show some kind of decency,” Duffy recalled. “All of these born-again Christians were throwing me to the lions.”

“I was all alone,” Duffy told the court. “Everywhere I looked I saw people who were betraying me, leaking stuff to the media that wasn’t true.”

9. Duffy felt like he was a prisoner of war

Duffy likened the constant pressure to go on TV and “repeat lines” prepared by the PMO to what it must feel like to be jailed “in a North Korean prison camp.”

10. Harper repeatedly made people wait while he “ate a hot dog”

A strange insight into Harper’s personal quirks, Duffy alleged that on countless occasions, people (including top military officials) were made to wait while “the prime minister ate a hot dog and somebody ironed his shirt,” something he considered rude.

Duffy recalled a Conservative Party rally in Prince Edward Island where a crowd of seniors were kept waiting over an hour while “the prime minister was sitting there in his undershirt eating a hot dog and one of the female staffers was doing what the ‘little woman’ should. She was ironing his shirt.”

When the Crown prosecutor pressed Duffy to name more examples, Duffy replied, “I’m not going to go further down this road of digging up gossip.”

11. Duffy didn’t like some parts of Stephen Harper’s “personality”

Mike Duffy confessed “I didn’t like some aspects of Harper’s personality.”