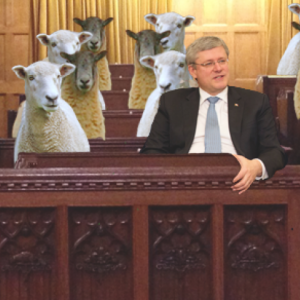 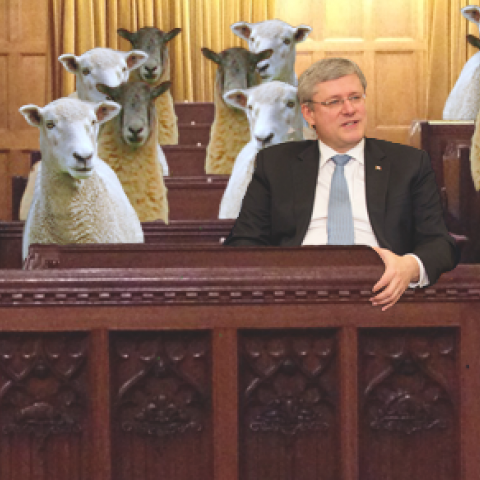 Will enough Conservatives stop acting like sheep to block the Unfair Elections Act?

Imagine if enough Conservatives MPs stop acting like sheep to help block the Unfair Elections Act? Or, Pierre Poilievre, the Minister of State for Democratic Reform, could just listen to the many critics and overhaul the legislation.   On Tuesday, the Opposition stepped up its campaign against the bill, targeting individual Conservative MPs to break with the government to […]

Or, Pierre Poilievre, the Minister of State for Democratic Reform, could just listen to the many critics and overhaul the legislation.

On Tuesday, the Opposition stepped up its campaign against the bill, targeting individual Conservative MPs to break with the government to vote down the bill.

A Senate committee dominated by Conservative appointees also proposed nine amendments Tuesday after hearing from expert witnesses, but that looks like it’s about providing cover for Poilievre for cosmetic tweaks rather than a real fix.

The committee’s proposed changes include:

Conservative MP James Rajotte has already penned a letter to Poilievre to relay his constituents’ “concerns” about the legislation. They include:

“I encourage you to continue to engage in a dialogue on this bill, listen to concerns about certain parts of it, and seriously consider amendments to address these concerns,” Rajotte, representing the riding of Edmonton-Leduc, wrote to Poilievre on April 10.

Until now, Poilievre has stood firm about his “terrific” bill while attacking experts and bureaucrats who have voiced serious concerns.

Here’s a better idea: enough Conservative MPs join the opposition to kill the Unfair Elections Act. Rajotte may be a good place to start in the campaign to get enough votes.