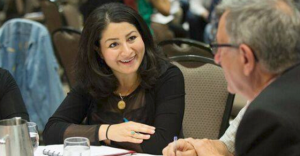 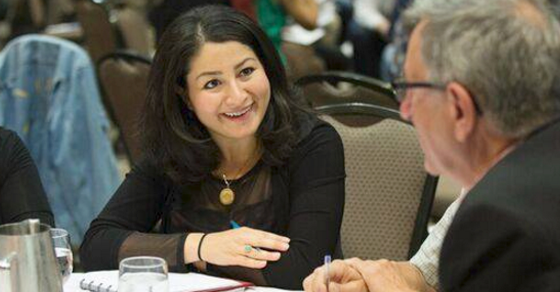 Will Democratic Institutions Minister Maryam Monsef do an epic flip-flop on electoral reform?

Notice anything a little off about Maryam Monsef lately?

Notice anything a little off about Maryam Monsef lately?

For much of the last year, the Democratic Institutions Minister has been positively chipper crisscrossing the country and chatting up Canadians about fixing Canada’s broken electoral system.

During the 2015 election campaign, Trudeau’s Liberals explicitly promised to end Canada’s archaic first-past-the-post system once and for all – a system Monsef herself called “antiquated”:

But now that Monsef’s electoral reform town halls are a wrap, there’s been a slight change of tone.

Last month, Monsef was particularly vague and evasive when pressed for insights into her thinking about what would come of those town halls during an event hosted by Huffington Post Canada.

And speaking to CTV’s Question Period host Evan Solomon this weekend, Monsef was decidedly less upbeat about the possibility of changing the system, even worrying an electoral reform referendum could be too “divisive,” potentially driving a wedge through “communities.”

At another point, Minister Monsef expressed concern that the homeless might not participate in a referendum because they may not know what a “referendum” is.

In other words, it sounds like Monsef might be laying the groundwork to wiggle out of another Liberal election promise.

Although Trudeau himself repeatedly stated that the “the 2015 election will be the last under first-past-the-post,” Monsef now says the Liberal government will not move forward on ending first-past-the-post “unless we have the broad support of the people.”

And despite wide support for dropping the status quo in favour of proportional representation at most electoral reform town halls – including town halls hosted by Conservative MPs as well as a town hall in Papineau hosted by Prime Minister Justin Trudeau – Monsef adds that she has “not yet” felt that support.

Is this a sign Monsef is planning to flip flop on electoral reform?