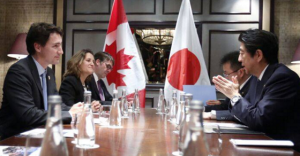 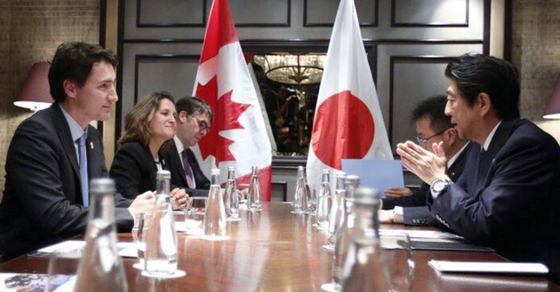 Will Canada actually have a “full and open” debate on the Trans-Pacific Partnership?

What the heck is going on with the Trans-Pacific Partnership?

What the heck is going on with the Trans-Pacific Partnership?

If you thought Canada was set to have a “full and open” debate on the merits of the TPP, along with a “fulsome and responsible discussion” in the House of Commons, think about this:

In the middle of the election on October 5, Liberal leader Justin Trudeau said he was looking forward to “hearing from concerned Canadians” about the “impacts and the challenges” of this particular deal:

“It’s important that we get it right, which is why I’m going to take a very careful look at the provisions and listen to Canadians from across the country and have them get an opportunity to express their concerns in committees and before parliament as we seek ratification of this deal … But of course I look forward to hearing from concerned Canadians from labour, from manufacturers about the impacts and the challenges of this particular deal which is why I am committed to a full and open discussion in the House of Commons, a debate on this, and if I become Prime Minister and earn your trust on October 19th, we will ratify this properly in the House of Commons after a fulsome and responsible discussion.”

Well, a few weeks later on October 31, after a 15-minute phone conversation between Trudeau and the Prime Minster of Japan, the Japanese government issued a statement that the newly elected Trudeau government agreed to “promote” the TPP alongside Japan. Here’s what Reuters reported:

But then on November 13, Canada’s new International Trade Minister Chrystia Freeland reassured everyone Prime Minister Trudeau would be listening:

“The Liberal government is committed to reviewing the agreement and, crucially, to giving Canadians a chance to read it and to respond to it.”

But on November 18, U.S. President Barack Obama said he’d be working with countries like Canada to make sure the TPP is enacted “as swiftly as possible”:

“We have a shared vision of how to move forward. Today, we’re going to discuss the road ahead to ensure that TPP is enacted in each of our countries as swiftly as possible.”

And a day later on November 19, Obama made it sound like Canada’s support for the TPP was already in the bag:

“We are both soon to be signatories of the TPP agreement. That’s another area we can continue to have important discussions.”

When asked to clarify, Trudeau said:

“We look forward to hearing from Canadians about the concerns that they may have but also about the great opportunities that no doubt come with a deal with this and we’re going to fulfill our obligations and remain resolute in being a pro-trade party.”

What the heck is going on?