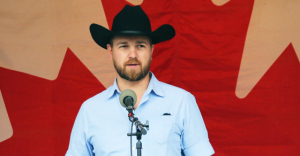 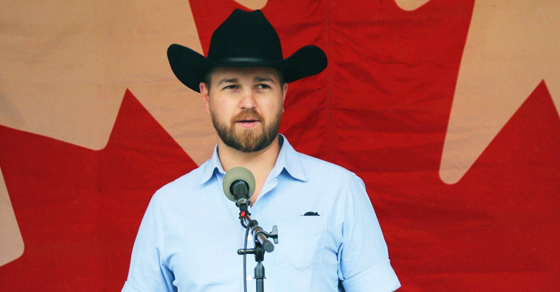 Wildrose finance critic Derek Fildebrandt might want to tone it down a notch.

Wildrose finance critic Derek Fildebrandt might want to tone it down a notch.

Fildebrandt, who once said he disdains journalists “who don’t conduct themselves professionally,” delivered a dramatic monologue on his blog Monday, declaring “Alberta must stop giving credence to the petty lords of confederation who subvert the constitution that this country was built on.”

His blog also accused Montreal Mayor Denis Coderre (whom he describes as “a medieval petty lord”) of “petty provincialism and extortion.”

Is this the finance critic of Alberta’s opposition party speaking, or the antagonist in an Elizabethan stage play? Who can tell the difference?

Of course, Fildebrandt’s feudalistic insults were just joining in the theatrics of federal Conservatives over Coderre’s opposition to the Energy East pipeline. Interim Conservative leader Rona Ambrose has gone so far as to raise the spectre of a “national unity crisis” (for his part, Coderre now appears to be dialing down the rhetoric on his end).

Demonstrating the tact and diplomacy that helped make conservative governments so awful at getting pipelines built, Fildebrandt lashed out at Coderre’s “myopic demands” and claimed “Quebec has received $73.9 billion in Equalization transfer payments, paid for in large part by Alberta taxpayers and our energy industry” since 2007, a point he underlined with the following tweet:

If Quebec has such a big problem with our energy industry, it can give back the $73B in Equalization. #abpoli #ableg pic.twitter.com/aukTpEG46z

Except that’s not entirely accurate.

For one thing, Quebec doesn’t actually receive Equalization payments from the Province of Alberta.

Taxpayers in all provinces contribute towards financing Equalization through federal income taxes, federal corporate taxes, federal sales taxes, etc. As an Expert Panel on this very topic makes clear, everyone in Canada contributes on the same basis no matter what province you’re in:

“While some have talked about money being transferred from one province to another, in fact, all the money for Equalization comes from Canadian taxpayers across the country and is shared among the less wealthy provinces.”

But even when you break those contributions down on a province-by-province basis, the numbers tell a far less dramatic story than Fildebrandt would have us all believe.

According to a 2012 University of Alberta study that looks at many of the years Fildebrandt cites in his figure:

“Some commentators have expressed concern about the cost of Equalization to the non-recipient provinces. Ontario still makes the largest aggregate net contribution but Alberta makes the largest per capita contribution. Some have interpreted the numbers as implying that Albertans pay large portions of the provincial expenditures in the recipient provinces. That is not the case … Although, on a per capita basis, Albertans make significant contributions to federal revenues, funds from Alberta do not account for large shares of provincial level expenditures via Equalization.”

The study points out Alberta’s share of provincial Expenditures via equalization ranged from a low of 1.1% in Quebec to a high of 2.9% in Prince Edward Island in 2008-09: Doth Fildebrandt protest too much?