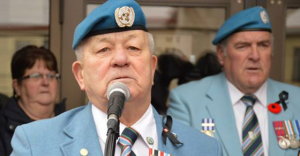 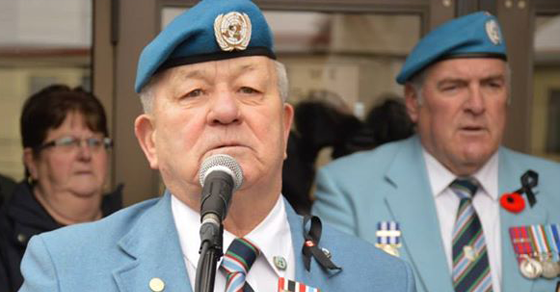 Why Canada’s veterans need support now more than ever

What should we remember this Remembrance Day?

What should we remember this Remembrance Day?

Although the day is often heavy in symbolism, the reality of providing support for 40,000 Canadian veterans recently returned from serving in Afghanistan only reiterates why Canada needs to be doing a better job for veterans.

Canada’s Afghanistan deployment was the largest since the Second World War. They join thousands of veterans who served in WW2, Korea plus numerous United Nations peacekeeping missions.

The transition back to civilian life is often challenging. The private sector doesn’t always recognize skills unique to veterans, while the visible and invisible wounds of war can present other challenges to finding meaningful employment.

Over one in ten veterans reported seeking treatment for mental health conditions, according to a 2014 Auditor General’s report.

While 158 Canadian soldiers lost their lives in Afghanistan, a new report on suicides in the Canadian Armed Forces reveals an additional 54 lost their lives after returning home. As many as four in five reported multiple personal life stressors prior to their deaths.

New Defence Minister Harjit Singh said that although “the CAF has done much to address the barriers to care, including stigma, and provides excellent health care and support to its men and women in uniform,” he’s “concerned” by the findings of the report.

It’s now widely agreed that the Canadian government failed to adequately anticipate or prepare for the long term consequences of the Afghan mission after its completion.

And policies and cutbacks since then have only made a difficult situation worse.

In 2006 the federal government eliminated the lifelong pensions for vets that had existed since the First World War, replacing them with a lump sum payment. Injured and disabled veterans lost between 30 to 90 per cent of their benefits.

Former Veterans ombudsman Pat Strogan says lump sum payments for disabled soldiers are now so small that “deputy ministers make more on average in one year than a person who loses two legs in Afghanistan can expect to be paid out for the rest of their life.”

Making matters worse, at the end of 2014 it was revealed Veterans Affairs had underspent its budget by a staggering $1.1 billion since 2007 – at the same time as veterans were returning home from Afghanistan.

Former Veterans Affairs minister Julian Fantino claimed the savings came from eliminating “back office” jobs, but a Globe and Mail analysis found VAC overspent on communications while underspending on “death and disability benefits.” Most of the jobs eliminated dealt with disability benefits too.

The government even went so far as to fight veterans in court, but a judge later ruled in favour of veterans, noting that cuts and clawbacks to veterans benefits created “a particularly harsh effect on the most seriously disabled Canadian Forces members.”

Maybe this will be the Remembrance Day Canada starts doing a better job supporting veterans?