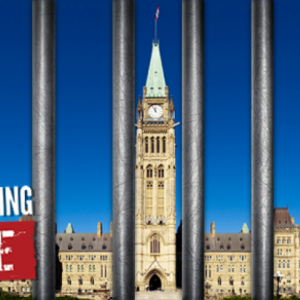 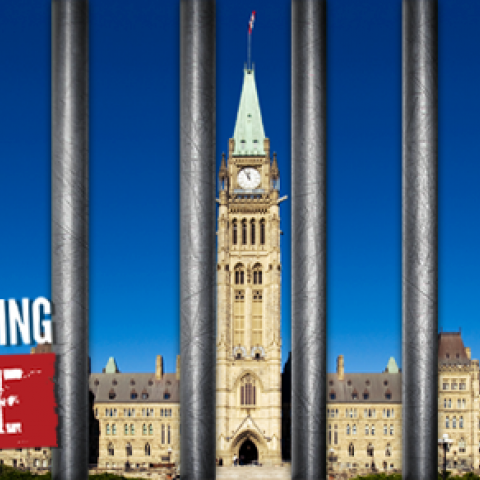 The Conservatives say they’re tough on crime, but they seem to be soft on facts. Costly, controversial and occasionally unconstitutional – experts say the Harper government’s “tough-on-crime agenda” doesn’t deserve credit for Canada’s falling crime rate. And while the current spotlight is on the Tories anti-terror legislation, a new justice reform bill is expected as early as next week. Red flags are already being raised […] The Conservatives say they’re tough on crime, but they seem to be soft on facts.

And while the current spotlight is on the Tories anti-terror legislation, a new justice reform bill is expected as early as next week.

Red flags are already being raised about this new legislation: the government just backed down on a proposed change that would have seen certain violent offenders have no chance at parole. But the bill could give new powers over parole to the justice minister.

With yet another crime bill on the horizon, and an election ahead, let’s take a look at the failures of the Conservatives tough-on-crime agenda. Here are five things to think about:

Since first coming to power, the Harper government has introduced “dozens of justice bills” that they claim “keep our streets safe.”

But a new Statistics Canada report shows crime in Canada has been dropping for 20 years – including the rates for violent crime and, in particular, homicides and attempted murders: This suggests Conservative policies since 2006 have had little impact – other than their cost and burden on the system (see below). As the late criminal lawyer Edward Greenspan recently wrote in the National Post:

“For Mr. Harper to say that on his watch ‘crime is finally moving in the right direction’ is either blatantly dishonest or breathtakingly ignorant. With the attention that his government has given to punishment, we suspect he is not ignorant.”

We’re older, but clearly not wiser

So why have crime rates really fallen?

Postmedia’s Stephen Maher recently called the government’s tough-on-crime policies “doomed to fail,” arguing the declining crime rate can largely be attributed to demographics – the aging baby-boom echo has meant a shrinking population of men ages of 15 and 24 – and not to any of the Harper government’s new laws.

Statistics Canada also credits Canada’s aging population for the decline. Reported crime in Canada has dropped to its lowest point since 1969.

Crime rate down, number of prisoners up

For example, the Safe Streets and Communities Act added both minimum and longer sentences for drug convictions. And the UN has called out Canada for being “excessively punitive” towards youth.

“The 2015 election campaign has already started and Harper is not about to abandon his goal of filling Canada’s prisons to the brink, regardless of cost.”

Meanwhile, Greenspan argues that while imprisonment is a necessity for some offenders, statistics show “imprisonment, if anything, increases the likelihood of reoffending” when compared to probabationary sentences.

Canada is now 2nd in the world (behind the U.S.) in terms of the number of offences that attract minimum sentences.

A new editorial in the Calgary Herald blames legal reforms by the federal Conservatives on an increased court workload – adding financial and staffing burdens to the system:

“As a result of mandatory minimum jail terms and the removal of conditional sentences, defendants are less likely to plead guilty, opting instead for time-consuming court proceedings…  It’s past time for the Harper government to rethink some of its tough-on-crime provisions that do little to make Canada safer and cost us all more.”

What are the costs of incarceration?

Overall, the number of federal inmates is approximately 3,000 higher than it was a decade ago – and critics have accused the government of quietly creating super prisons by adding high-security wings to older facilities.

While the Tories have backed away from a zero parole policy, the new crime bill is still expected to delay parole eligibility for some violent offenders by 10 or more years.

The average annual cost to keep a prisoner in maximum security is $148,000 ($6 million over 40 years), while the average cost for a parole is $35,000, according to figures from Correctional Service Canada.

The Globe also reports the new bill would require the justice minister to approve parole for certain kinds of first-degree murderers – “reintroducing a political element that was removed in the 1950s.”