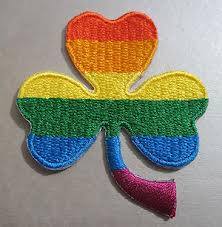 Silence appears to be the approach Canada’s Conservative government is taking toward the Republic of Ireland after it became the first country in the world to legalize same-sex marriage by popular referendum.

The absence of any congratulatory words stands in stark contrast to the Obama administration in the United States and David Cameron’s UK government.

Ireland’s own Equality Minister could barely contain his excitement:

And Nancy Pelosi, Democratic Leader of the U.S. House of Representatives:

Congrats Ireland! Everyone deserves equality under their laws – no matter where they live, no matter who they love. #MarRef #LoveIsLove

Congratulations to the people of Ireland, after voting for same-sex marriage, making clear you are equal if you are straight or gay.

In Australia, where same-sex marriage is still not legal, former Prime Minister Kevin Rudd and Leader of the Opposition Bill Shorten celebrated the Irish vote — while Tony Abbott, the Conservative Prime Minister who opposes any change to marriage laws in Australia, took Stephen Harper’s approach and stayed mum.

Outstanding result for marriage equality in Ireland. If we can’t break impasse in Oz parliament, perhaps time for referendum of our own. KR

Time for Australia and our Parliament to embrace marriage equality. Congratulations Ireland

Here in Canada, Opposition leaders also tweeted in support of the Yes vote:

Members of the government, on the other hand, appeared to be otherwise engaged:

Great to be at #ParrySound Stockey Centre tonight for the #BobbyOrr Hall of Fame induction!

Sat down with mompreneurs to discuss how the Universal Child Care Benefit helps their families. @JulianFantino pic.twitter.com/0F1zgBjYyd

Dropped by the @Carassauga #Irish Pavilion. Sadly, no time for a pint of #Guinness. #Multiculturalism pic.twitter.com/jaj5mpITeB

When it came to Ireland’s historic vote, there were only Conservative crickets.