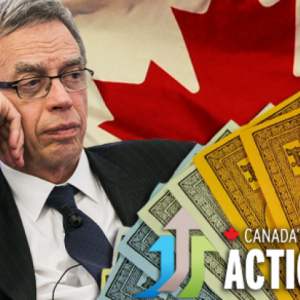 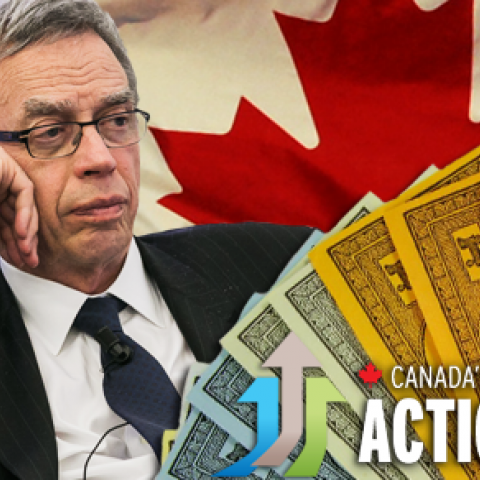 Collect tax break as you pass go… as long as you’re wealthy? If Finance Minister Joe Oliver designed a Monopoly board, most Canadians wouldn’t be able to get ahead. (But there might be a select few looking to draw a Get Out of Jail Free card.) The Conservatives talk a good game about defending “working class […]

Collect tax break as you pass go… as long as you’re wealthy?

If Finance Minister Joe Oliver designed a Monopoly board, most Canadians wouldn’t be able to get ahead. (But there might be a select few looking to draw a Get Out of Jail Free card.)

The Conservatives talk a good game about defending “working class Canadians” and the “aspirations of working-class families.” But it’s all a bit rich.

Here are the new policy cards Oliver plans to put in play:

1. Your TFSA contribution limit doubled! (Too bad you don’t have extra cash to take advantage.) The expansion of the Tax-Free Savings Account program will heavily favour higher-income households. Most low-to-middle income Canadians likely can’t afford to double contributions to their TFSA — in fact, fewer than 16% of working Canadians are maximizing contributions under the current limit, according to the Broadbent Institute report.

Clearly the current limit is more than enough for the majority. The report also found that the current combined contribution limits for RRSPs and TFSAs allow ample room for the lifetime saving requirements of all workers earning up to at least $200,000 annually.

Even without doubling the contribution limit, this is how TFSA gains will look by income group through 2080, according to the Parliamentary Budget Officer: (Cost: When the existing TFSA system matures — it will already cost the government up to $15.5 billion annually, coupled with an up to $9 billion burden on the provinces, according to both the Broadbent Institute and the PBO. Boosting the TFSA cap will drain the government of additional billions — money that could be invested in vital areas like social programming and health care. ) Oliver’s income splitting scheme will disproportionately benefit Canada’s wealthiest families. It allows parents with different incomes to shift up to $50,000 from a parent in a higher tax bracket to a parent in a lower income bracket (with a $2,000 cap). The biggest winner is a high-income earner with a stay at home spouse.

Meanwhile, the majority of families with children under 18 will get $0 — because both parents are in the same tax bracket or are single parents, according to the Broadbent Institute study, The Big Split.

And even among the families that do qualify for income splitting, the benefits are pretty underwhelming. This is what underwhelming looks like in a chart: The Tories have promised to introduce a new credit covering up to $500 in fitness registration fees for adults and to double the size of the Child Fitness Tax Credit (CFTC) to $1,000 — even though this credit fails to reach different income groups equitably.

Amin Mawan, a professor of taxation at the Schulich School of Business at York University, studied the program and summed it up in an article titled, The fitness tax credit is a subsidy for the rich: “Households earning over $200,000 claimed, on average, more than $250 in additional eligible physical activity expenses than households earning less than $40,000.”

The Conservatives certainly have a record of stacking the deck. Since taking power in 2006, their over 160 targeted tax breaks have skewed towards wealthy Canadians, including education tax credits and pension income splitting.

Under the UCCB’s expansion, families will receive an additional $60 per child under six for a new monthly total of $160 — along with new monthly benefit of $60 for children aged six through 17. Critics argue this reincarnation of the baby bonus will “help those that don’t need it” — because it sends money to all families regardless of wealth or child care burden.

A recent PBO report found that 51% of the new benefit will go to families without any child care expenses or with older children — not those families that need it most. And even for those it reaches, the $60 increase amounts to a fraction of monthly child care costs in Canada: (Cost: The UCCB expansion is estimated to cost $26 billion over five years — and creates a grand total of zero child care spaces. Meanwhile, the federal cost of creating a national child care program has been pegged at $1.87 billion annually.)