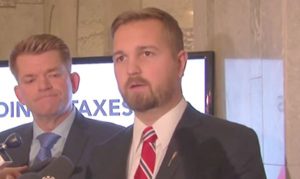 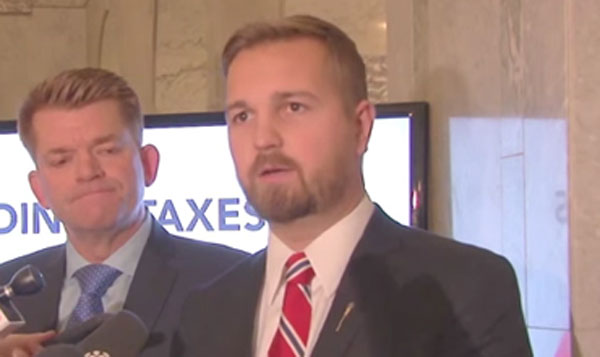 Tuesday was Alberta budget day, and political journalists wanted to know what the Official Opposition had to say about the NDP’s budgetary choices.

Fildebrandt, appearing to channel energy from the defeated Harper government, was having none of it, at least when it came to Globe and Mail reporter Carrie Tait.

“Sorry, we’re not taking questions from political journalists,” Fildebrandt said during what another member of the press called the “biggest scrum of his life.”

“I’m not taking questions from people who don’t conduct themselves professionally.”

So, what offended Fildebrandt so deeply?

An article by Tait, published a few weeks ago, in which Fildebrandt is quoted saying the NDP duped Albertans by actually following through on their campaign promises. (These same commitments served as the foundation for Tuesday’s budget.)

“He cited the government’s decision to increase the minimum wage as an example. The NDP campaigned on a pledge to raise minimum wage. The MLA, however, argued the NDP never planned to follow through on its promises.”

Following the disastrous post-budget scrum, Fildebrandt doubled down on his outburst, tweeting that Tait was “auditioning for a job” in the Premier’s Office. But it was too late, as Twitter users latched on to his histrionics as Harper-esque. Fildebrandt’s lack of media acumen is especially notable considering his years as a spokesperson for the Canadian Taxpayers Federation.

Is the Conservative Party’s approach to dealing with the press alive and well in Alberta’s Wildrose Party?