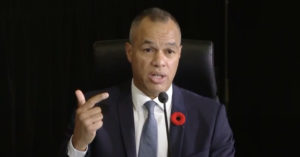 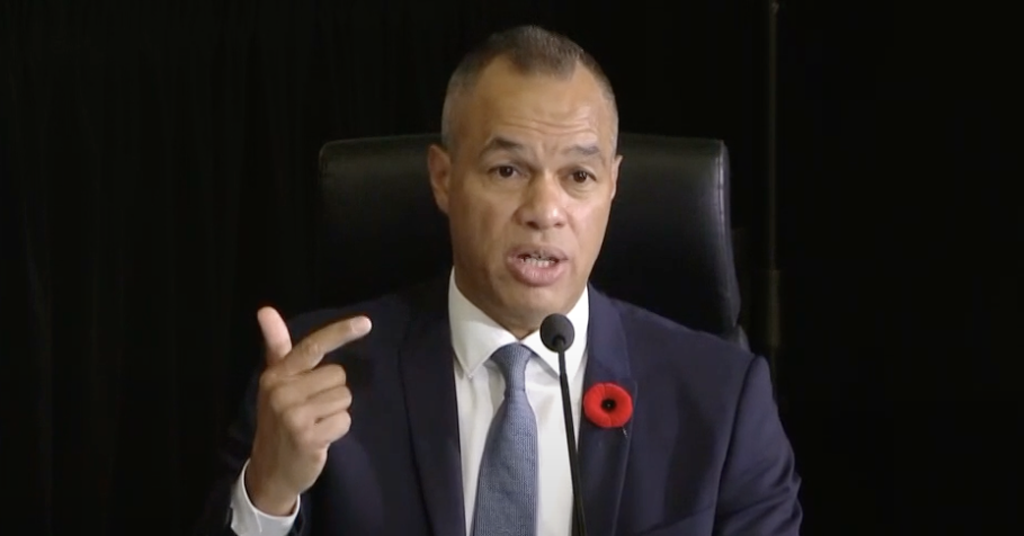 Ottawa’s former Police Chief confirms he received “alarming” reports about people being violently attacked in the streets of Canada’s national capital by individuals connected to the convoy occupation.

During testimony, Sloly indicated Ottawa Police were forced to redeploy units away from the main action of the convoy near Parliament Hill to surrounding residential areas “outside the red zone.”

Sloly noted that images of “the bouncy castles and the DJs and the dancing and the fireworks were a “very short list of things that were afflicting the neighbourhoods in and around the red zone.”

“People blocking lanes, tearing masks of peoples’ faces — I could go down the list and detail the incredible range of assaultive-type behaviour.”

Later in his testimony, Sloly recalled waking up at 3 AM on Saturday, February 5 and receiving a disturbing situation reports of overnight violence:

“Coming into the Saturday night, I woke up because I wasn’t getting a whole lot of sleep those days. I woke up somewhere around 3 o’clock in the morning, could not get back to sleep. I checked the situation report that came in from Duty Inspector Frank D’Aoust and he laid out information that is contained in this email. The Confederation Park negotiations ended badly, the Indigenous elders that had come in and been treated badly, there was an attack on one of our sergeants at one of the sites, other city workers were being attacked. This, for me, was an alarming situation report in the middle of the night that likely no one else was reading.”

A group of Indigenous elders brought in to help negotiate an end to the occupation of Confederation Park had also been “treated badly” by the crowd.#ottnews pic.twitter.com/UpkNAbbJce

A February 5 email shows Chief Sloly informed the Ottawa Police command team that “the current demonstration has reached unacceptable and unsustainable levels of unlawfulness” and ordered an “increase (in) public safety operations.”

The email details an incident in which convoy occupiers who had begun building wooden structures at Confederation Park “attacked” a group of Algonquin elders brought in to negotiate a peaceful resolution.

“Negotiations with Algonquin elders failed, they attacked elders,” Sloly wrote. “We now have no other options except to isolate, contain and remove the encampment.” 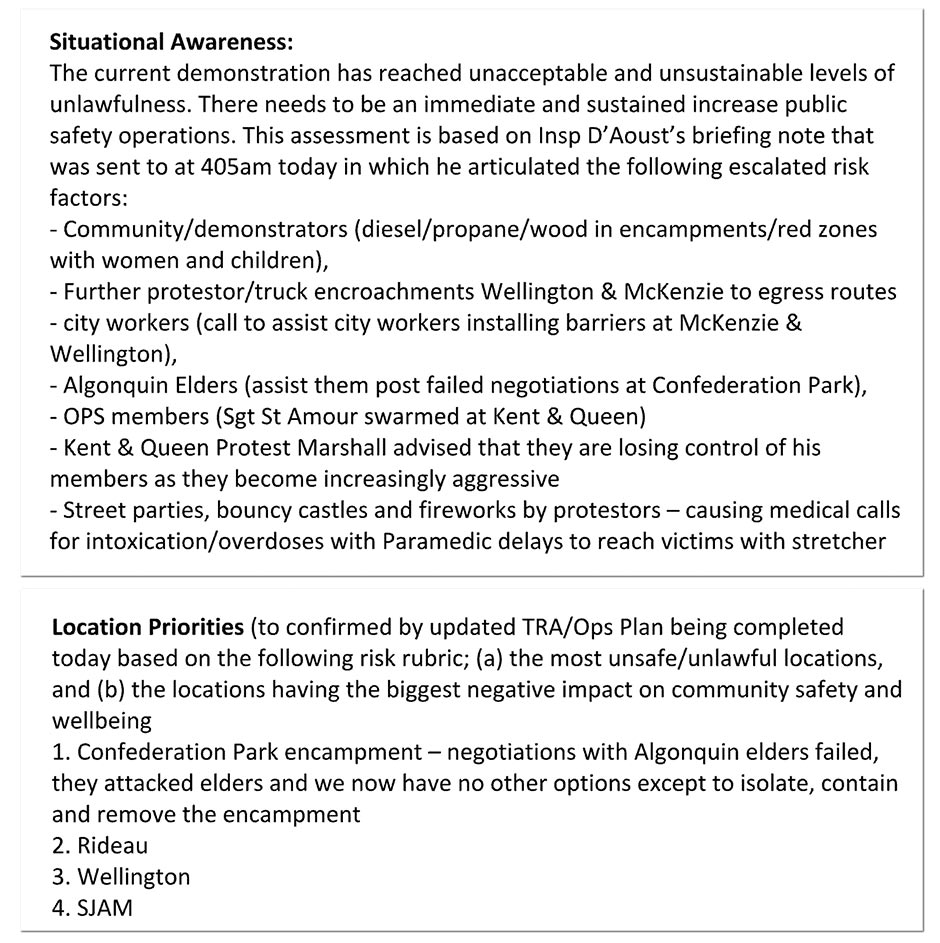 The email also notes that Ottawa Police also received a “call to assist city workers” who had been installing barricades on Wellington Street and that an Ottawa Police officer was “swarmed” by convoy occupiers during an incident at the intersection of Kent and Queen Streets in downtown Ottawa.

Kent Street, which cuts through residential neighbourhoods, was among the most heavily occupied areas in downtown Ottawa. Trucks occupied all lanes of traffic for a dozen blocks down Kent, offering no space for emergency vehicles or local traffic.

“Kent and Queen protest marshall advised that they are losing control of his
members as they become increasingly aggressive,” Sloly’s email states.

Moo Shu, a local ice cream shop, shut down operations after one of its employees was violently assaulted by two convoy supporters who berated her with racist slurs and mocked her for wearing a face mask.

The Public Order Emergencies Commission is a public inquiry which is reviewing the federal government’s decision to invoke the Emergencies Act to end the convoy occupation.

In the last week and a half, the inquiry has heard testimony that suggests Ottawa Police let the convoy to spiral out of control due to poor organization and constant infighting, as well as significant problems with its intelligence unit.