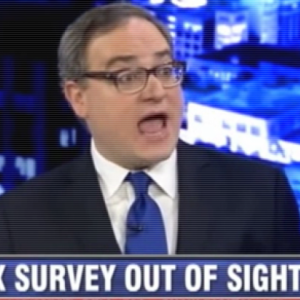 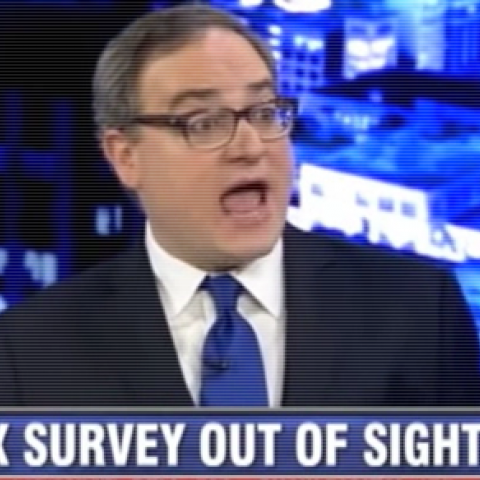 Sun TV is wondering why “ordinary people” are so panicky these days?   Maybe they need to spend more time watching their own channel.   As anti-vaccination theories come under greater scrutiny in the wake of a recent measles outbreak in the United States, the folks at Sun TV are trying to nail down the root causes of the paranoia pandemic. According […]

by PressProgress
Sun TV is wondering why “ordinary people” are so panicky these days?
Maybe they need to spend more time watching their own channel.

As anti-vaccination theories come under greater scrutiny in the wake of a recent measles outbreak in the United States, the folks at Sun TV are trying to nail down the root causes of the paranoia pandemic.

According to Sun pundit J.J. McCullough, the problem is “low-educated people” who “don’t really understand medicine or politics or government or public health initiatives.” So, the solution is we all need to “look at the arguments they’re making” and “dispel the myths that they themselves have been led to believe for whatever reason.”

Hmmm. Where the dickens could people ever get myths about public health from?

Although Sun TV has gone out of its way to distance themselves from anti-vaccination myths of late and perhaps innoculate themselves from a backlash, they neatly skirt around the TV channel’s long history of challenging conventional scientific and medical wisdom — often turning to moralizing hyperbole from right-wing activists over, you know, actual medical and scientific experts.

Here’s a short history of dubious advice from Sun TV:

February 3 and 5, 2015: Sun TV host Brian Lilley manages to draw parallels between vaccinations and terrorism — or immigration:
Although Lilley assures us he’s not against vaccinations, what he is against is the government sticking its needles where they don’t belong. “Let me blunt: making vaccinations mandatory is a greater threat to civil liberties than anything in the anti-terror bill.”

And if that’s not a enough of a leap for you, Lilley adds “let me tell you what’s a bigger threat than those parents who avoid vaccines – immigration.” Once again, Lilley says he doesn’t actually think immigrants are a threat to public safety — just if we’re going to start blaming people who don’t vaccinate, we should really start blaming those immigrants. But he doesn’t actually blame either. Huh? Thanks for throwing these completely inconsequential thoughts out there, Brian.

When Sun host Marissa Semkiw mentioned a doctor told her that the reason RU-486 is still restricted in Canada is “mostly political,” Fonseca had a zinger of a rebuttal lined up: “in the immortal words of Bugs Bunny: what a nin-cow-poop!”

“It’s safer than Viagra. It’s safer than penicillin. And it’s safer than driving a car,” Dr. Rebecca Gomperts recently told CBC’s The Current. “It’s quite interesting to learn that … [the] application process has been delayed again because it’s really, especially in Canada, mifepristone can make such a difference to women’s lives and health.”

But not according to the U.S. Centers for Disease Control. They issued a fact sheet clarifying “we don’t think Ebola will mutate to become airborne,” noting that it “would require multiple mutations in the virus over a very long period of time,” and pointing out viruses do sometimes mutate and change how they spread “over the course of millions of years.”

September 24, 2014: Campaign Life Coalition says HPV vaccine sends “mixed messages” about sexual promiscuity:
Injecting the possibility of encouraging sexual promiscuity into the decision-making process surrounding the HPV vaccine, Campaign Life’s Alissa Golob explained that the Catholic bishop of Calgary’s claims that vaccination against HPV encourages sex outside marriage didn’t mean kids would “run out and have all this sex they weren’t going to have before.” She said the HPV vaccination simply “sends mixed messages” to teenagers, adding it raises the possibility of “contradicting abstinence-only education” in Catholic schools.

But a study published last year in the Canadian Medical Association Journal found no correlation whatsoever with the introduction of the HPV vaccine and increased sexual activity among teenage girls.

But if that’s true, then how does Lilley explain the existence of a book titled “The Canadian Medical Association Complete Book of Mother and Baby Care,” which includes a section on “pregnancy and birth” that has a “photo documentary of the changes in a woman’s body during pregnancy and practical information” on “what to expect during labour and birth.”

Seems the CMA has the “how babies are made” question worked out pretty well.