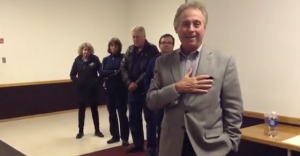 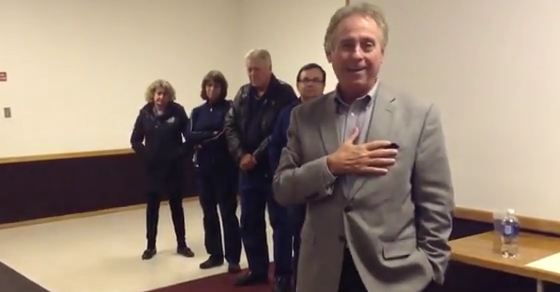 A reporter for the Moose Jaw Times-Herald has resigned after the newspaper refused to publish video of a local Conservative MP that appears to call a female provincial candidate an "NDP whore."

A reporter for the Moose Jaw Times-Herald has resigned after the newspaper refused to publish video of a local Conservative MP appearing to call a female provincial candidate an “NDP whore.”

On Thursday, reporter Mickey Djuric posted the video of Moose Jaw—Lake Centre—Lanigan MP Tom Lukiwski on her blog, with a note announcing her resignation. The video was recorded on October 19:

“I choose personal integrity and strong ethics over deception and censorship. After much heart-felt thinking, I have chosen to resign this morning from the Moose Jaw Times-Herald, as a journalist … I’ve always upheld the belief that the public is the jury in such matters. Denying the public the opportunity to view/hear the video is dishonest and unethical, as we clearly know that the public has the right to know about what occurs in their own backyard.  The event that occurred is news, and it is especially of interest to the public.”

However, on Thursday, the Regina Leader-Post reported that Lukiwski’s chief of staff told the provincial MLA that his boss meant to say horde: “what Tom was trying to say, was ‘horde.'”

After the video was made public, Lukiwski told CBC News “I did not say ‘whore’ … I said ‘horde’, as in NDP gang.”

Djuric says her newspaper “stated to me that it was in their best interest to not publish the story nor the video. They specified that they did not want to draw negative attention to the [Moose Jaw Times-Herald].”

This is not the first time the recently re-elected Lukiwski, first elected as an MP in 2004, has come under fire over a video recording his colourful views on sexuality.

In 2008, a video shot at the Saskatchewan Progressive Conservative campaign headquarters in 1991 emerged showing him making homophobic statements:

Lukiwski apologized quickly, saying he was “ashamed for the comments.”