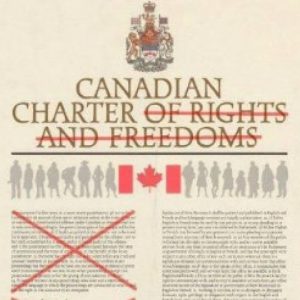 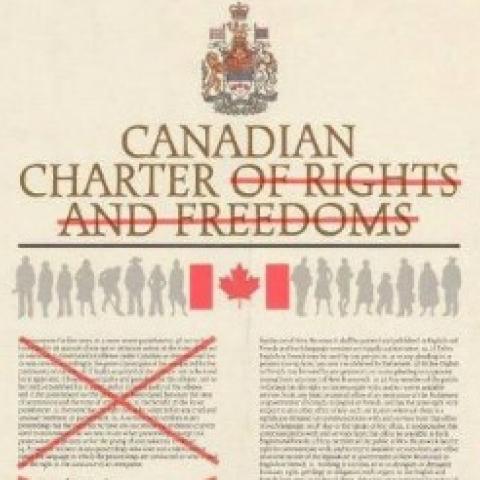 This might leave even James Bond shaken and stirred. Speaking Friday at a Parliamentary committee looking at Bill C-51, University of Ottawa law professor Craig Forcese demanded the Conservatives “amend the bill to remove any reference to the Charter being contravened by CSIS. WATCH VIDEO NOW: Forcese and his colleague Kent Roach have written extensively […]

This might leave even James Bond shaken and stirred.

Speaking Friday at a Parliamentary committee looking at Bill C-51, University of Ottawa law professor Craig Forcese demanded the Conservatives “amend the bill to remove any reference to the Charter being contravened by CSIS.

Forcese and his colleague Kent Roach have written extensively on the problems with Bill C-51 on their website antiterrorlaw.ca.

Summarizing their concerns about C-51, they point out CSIS may appeal to a secret court (with only “the judge and the government side represented”) for authority to break the law and violate the Charter of Rights and Freedoms:

“If Bill C-51 passes, CSIS will be expressly authorized to ‘take measures, within or outside Canada, to reduce’ very broadly defined ‘threats to the security of Canada.’ Where authorized by Federal Court warrant, these ‘measures’ may ‘contravene a right or freedom guaranteed by the Canadian Charter of Rights and Freedoms’ or may be ‘contrary to other Canadian law’ …

The bill superimposes a special warrant system of CSIS’s new powers. Where those activities would violate a law or the charter, a Federal Court judge must approve them in advance by a warrant …

All these weighty legal deliberations will be done in secret, with only the judge and the government side represented. The person affected by the illegal activity will not be there — in fact they will likely never know who visited the misfortune on them. They cannot defend their rights. No civil rights group will be able to weigh in.”

And aside from C-51 empowering Canada’s spy agency to break the law and violate the harter, Forcese and Roach note that this poses other problems too:

1. It could allow real would-be terrorists to walk away free

They are most concerned that C-51’s provisions allowing CSIS to violate the law and Charter have a very real potential to “taint a subsequent RCMP investigation and evidentiary record”:

“A criminal trial may be mired in questions arising from the Federal Court authorizations, its holdings in a potentially secretive charter jurisprudence, and doubts about whether the CSIS operation contributed to or otherwise was associated with the crime at issue.”

And while the police are normally “preoccupied with the effect their conduct might have in any future criminal proceedings,” they point out “CSIS may not have the same concerns.” So they ask:

“How will CSIS and RCMP arrange their affairs so that CSIS’s kinetic activities do not undermine RCMP criminal investigations, either ongoing or prospective?”

So while the new powers may make it easier to arrest terrorists, the cases against them might be thrown out of court.

Does that make us safer or less safe?

2. It could complicate criminal trials because CSIS agents won’t be compelled to testify in court

They also point out that Bill C-44 (currently before the Senate) gives “CSIS ‘human sources’ broad privilege from being compelled to be a Crown witness or having identifying information disclosed in court proceedings.”

They say this isn’t good for Crown prosecutors because it “complicates and, quite likely, frustrates their witness lists.”

While CSIS is, for the most part, “a law-observant service” that adheres to “legal expectations,” they wonder “how will [CSIS] ensure that its ‘black’ operations do not contaminate the overall culture of the organization?”

To put it another way: if CSIS can’t get what they need the legal way, will they be tempted to use their new powers to get it the illegal way?

4. …Except CSIS isn’t trained to do these kinds of things

So, in the event that you’re actually cool with the idea of the government operating in the shadows and executing clandestine activities that are flagrantly in violation of the Constitution, we run into another problem:

“CSIS is a security intelligence organization. If it gears up kinetic activities, it will presumably require skills and aptitudes that presently are not part of its arsenal. What plans are in place to acquire and resource and train these new kinetic operatives and operations?”

So is Stephen Harper going to pony up the money to train and equip this covert police force? How much is that going to cost?

Roach and Forcese also suggest that nothing in C-51 seems to anticipate or safeguard against CSIS agents doing things that prove “problematic” (i.e. abusing their power, going rogue or maybe becoming double agents on behalf of another state).

5. It could seriously undermine the credibility of CSIS in the eyes of the public

And pointing out that “the world is rife with misunderstandings and conspiracy theories about spy services,” Roach and Forcese wonder if “a clandestine service empowered to act in violation of the law and the charter” will undermine the public’s trust in CSIS? (And particularly among “communities that feel targeted.”)

“Increased scepticism” and “new doubts” about CSIS could actually “undermine its ability to exercise effectively its original mandate,” since CSIS “depends on community cooperation to conduct many of its activities in security intelligence.”

Does that make us safer or less safe?