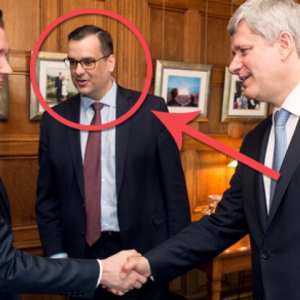 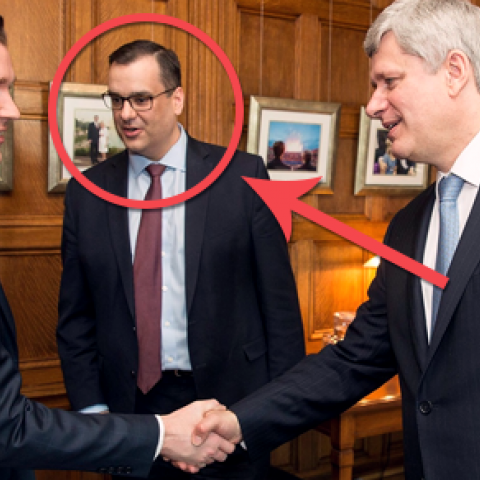 Can Conservatives spin using taxpayers’ money to promote their own unelected candidates? Well, Industry Minister James Moore gave it a shot Monday. Rising in the House of Commons during Question Period, Moore responded to questions raised about several Conservative ministers’ use of “public funds” to promote an unelected Conservative candidate at several official government events. What did Moore say? […]

Can Conservatives spin using taxpayers’ money to promote their own unelected candidates?

Rising in the House of Commons during Question Period, Moore responded to questions raised about several Conservative ministers’ use of “public funds” to promote an unelected Conservative candidate at several official government events.

What did Moore say? He said raising questions about Conservative ministers using taxpayers’ money to promote their own candidates is a “personal attack against a Canadian veteran” and, besides, the unelected Conservative candidate who was promoted at these taxpayer-funded events is a “great Canadian”:

Seems like something the Conservative Party of Canada should be paying for rather than taxpayers, no?

And there’s a few other problems with the answer Moore offered Canadians about how their tax dollars are being spent:

1. The unelected Conservative candidate was promoted at events that had nothing to do with veterans

Moore suggested that because the candidate “has been recognized across the country for his work with veterans,” this qualifies him to attend public events and pose for publicity photos with high-profile Conservative ministers.

If that is, in fact, Moore’s explanation for all of this, then what is the connection between working with veterans and posing for publicity shots at official Government of Canada policy announcements relating to the Universal Child Care Benefit? 2. Moore’s explanation doesn’t explain why they deleted the photos

And if this is nothing more than a “personal attack,” why did photos of Bergen posing with unelected Conservative candidates at the taxpayer-funded event mysteriously vanish from Employment and Social Development Canada’s social media accounts?

Also: why did Conservative MP Wai Young feel compelled to delete her re-tweet of Bergen posing with the candidates too?

Yet the same set of photos of “our Conservative candidates” from the official government event remain online on Bergen’s Facebook and Twitter streams:

3. There were multiple unelected Conservative candidates at the events — and they weren’t veterans

Is this fodder for an attack on great Canadian real estate agents and event planners — or a red flag for Conservative ministers using public funds for partisan purposes?

Neufeld, formerly a Conservative operative who later went on to a career in real estate, just happened to find himself in the same receiving line as Laidler when Indian Prime Minister Narendra Modi touched down in Vancouver two weeks ago: According to an article in the Georgia Straight last year, Quimpo is an event organizer and musician. But other elements of his background have been the subject of some controversy.

A letter signed by 70 members of Vancouver’s Filipino community asked for clarification about inconsistencies in Quimpo’s resume, including claims he attended multiple schools at the same time and studied for a degree at a Philippine school where no such program exists. Quimpo later offered his own explanation for the inconsistencies in his resume, though he did admit that he never won an “outstanding community service” award, but had actually won a beauty contest for “most beautiful Filipinos in Canada.”

“Sometimes, we have to suffer in silence,” Quimpo said of the scrutiny surrounding what he himself admits was an inconsistent resume. “It seems that there’s malice” but added that “when your intention is pure, there is a way.”

The photo below shows the unelected Quimpo appearing alongside Social Development Minister Candice Bergen and candidate Tim Laidler at an official Government of Canada policy announcement one month ago: