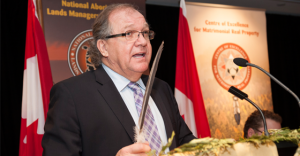 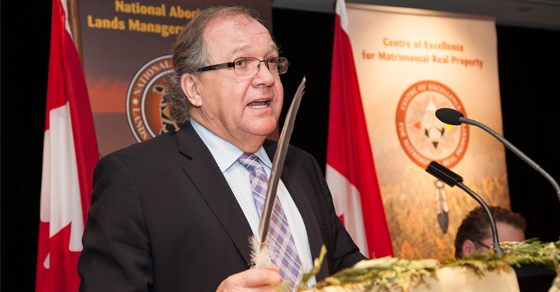 Who is responsible for preventing youth suicides on First Nations reserves?

According to Bernard Valcourt, the Minister of Aboriginal Affairs and Northen Development: not him.

But he did tell Angus his question “shows a great misunderstanding” of “the responsibility of the Department of Aboriginal Affairs and Northern Development.” (His department actually funds programs aimed at improving “life outcomes for First Nation children and families.” It also partners on the National Aboriginal Youth Suicide Prevention Strategy, including supporting “healthy schools in First Nations communities.”)

“These children are first and foremost the responsibility of their parents throughout Canada,” Valcourt continued, before being interrupted by Angus, who can be heard saying “not your responsibility? You are a clown”:

Thursday afternoon, Angus crticized Valcourt on Twitter for, as he put it, shrugging off the youth suicide crisis and blaming parents:

Bernard Valcourt shrugs of suicide crisis on reserve and lack of action from government. He blames parents. https://t.co/dKMk2D1gCd

Valcourt said he did not check child welfare figures “every day” and repeated that the department has no obligation for child welfare beyond meeting policy requirements to fund the services.

“When the member talks about an obligation, I will remind the honourable member that this is a policy matter. This is a policy decision to reimburse provinces and to fund the agencies,” said Valcourt.

But that wasn’t the only thing Valcourt had to say on Wednesday night during a debate in the House of Commons.

When asked by Quebec MP Jonathan Genest-Jourdain what “is the leading cause” of “systemic violence against aboriginal women,” Valcourt replied: “in my experience, every time someone is murdered, a crime has been committed” — echoing Prime Minister Stephen Harper’s controversial statement that missing and murdered indigenous women is not a “sociological phenomenon.”

And when asked by fellow Quebec MP Romeo Saganash why he voted against his private member’s bill to have Canada recognize the UN Declaration of the Rights of Indigenous Peoples, Valcourt replied it would go “against the Constitution of Canada.”

(FYI: this is coming from the same guy who voted for Bill C-51).