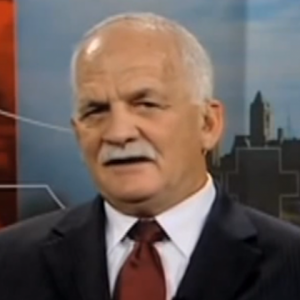 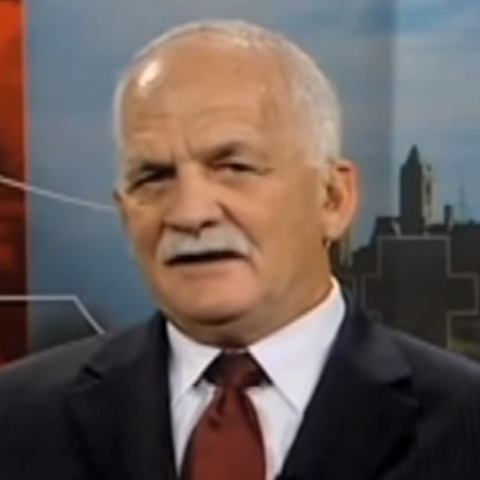 During Vic Toews’ tenure in Stephen Harper’s cabinet, he was always known for his black-and-white views. Toews, who moved from justice minister to president of the Treasury Board to public safety minister before he retired from electoral politics just last year, is now a judge. Seriously. He was named Friday to the Manitoba Court of Queen’s Bench. […]

During Vic Toews’ tenure in Stephen Harper’s cabinet, he was always known for his black-and-white views.

Toews, who moved from justice minister to president of the Treasury Board to public safety minister before he retired from electoral politics just last year, is now a judge.

He was named Friday to the Manitoba Court of Queen’s Bench.

If you’re looking for a balanced, measured and non-partisan approach to any situation, don’t look to Toews.

Check out his modus operandi during his time in Ottawa.

You can “either stand with us or with the child pornographers” Toews said in February 2012, attacking critics of the government’s online surveillance bill. (The legislation was eventually withdrawn.)

“It shouldn’t have been as shocking as it was, I suppose,” columnist Dan Gardner wrote, contextualizing Toews’ child porn line. “Toews has said much the same several times. And it was Toews who repeatedly claimed critics of the government’s justice policies – including the Canadian Bar Association – are “pro-crime.” And there’s nothing unusual about a minister savaging the good faith of those who disagree with the government. Quite the contrary. It’s the standard operating procedure of Stephen Harper’s Conservatives. Don’t agree with the government on Afghanistan? You support the Taliban. Question military purchases? You hate the troops. Have doubts about crime legislation? You’re a thug-hugger who doesn’t care about children. Say something critical in a foreign capital? Treacherous swine.”

Attack the independence of penal and parole systems

“Public Safety Minister Vic Toews is threatening the integrity and independence of the penal and parole systems by publicly characterizing Omar Khadr as a remorseless, radicalized al-Qaeda terrorist upon his return, according to Canada’s criminal lawyers. ‘When I read the quote I was immediately concerned,’ said Norm Boxall, president of the Criminal Lawyers Association, in an interview. ‘When the matter is going to be proceeding before a specialized tribunal, public officials should not comment on the outcome, because it can taint the process.'” The Globe and Mail, October 1, 2012.

“As a trained lawyer, Mr. Toews, you must know you’ve crossed the line. My question to you, though, is: Have you any idea how foolish you look? You’re a senior cabinet minister. The world is not divided into Tories and evil-people-out-to-get-you. These letters — and there have been many attacking the newspaper’s ‘bias’ over the past few years — reveal a surprising world view for a veteran politician.” Winnipeg Free Press columnist Margo Goodhand wrote on March 11, 2010, in response to an open letter penned by Toews addressed to a reporter about a blog post he didn’t like.

“Public Safety Minister Vic Toews claims that the John Howard Society ‘distorts the facts,’ presumably about the consequences of the ‘tough on crime’ agenda. As an evidence-based organization decided to effective, just and humane responses to crime, the John Howard Society would like to learn exactly what Minister Toews believes to be these factual distortions. Our principle concern is that the Omnibus Crime Bill and other reforms will subject a justice system already in crisis to unsustainable pressures.” The John Howard Society of Canada responds to a Toews attack on July 18, 2012.

Attack political opponents after his own conviction

“Still smarting from his own election-financing conviction during his time as a provincial politician, Treasury Board President Vic Toews called for a public inquiry Thursday into the way Elections Manitoba investigated the NDP’s 1999 campaign finances,” according to the Winnipeg Free Press in May 2009. (Before entering federal politics, Toews served as a provincial MLA. In one provincial campaign, he exceeded spending limits by $7,500 and was fined $500 with his election-financing conviction. He pleaded guilty.)

Welcome to the bench, Your Honour!