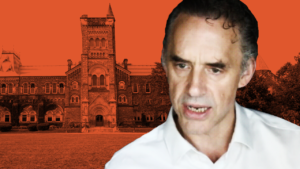 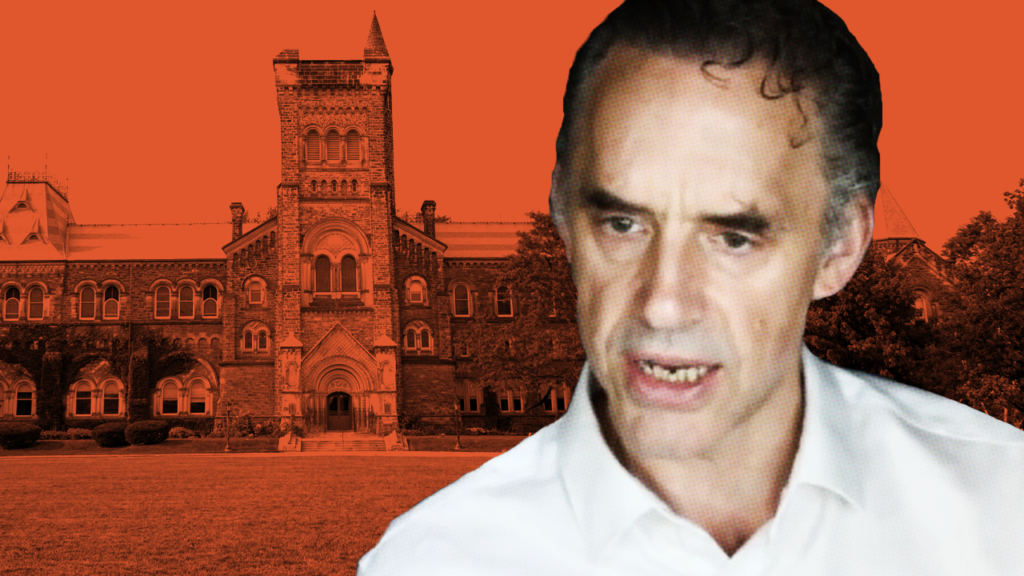 This article is more than 5 years old
Exclusive

Is Jordan Peterson becoming too big of a problem for Canada’s largest university to ignore?

University of Toronto faculty issued an urgent warning to school administrators that a controversial professor popular with the “alt-right” is designing digital tools that will target and harass professors for ideological reasons.

In a letter newly obtained by PressProgress, senior faculty members at U of T’s Women’s and Gender Studies Institute expressed “deep concern” to the heads of the university last month about a “proposed website being built under the direction of Prof. Jordan Peterson.”

The letter describes a website Peterson is building “for the purpose of identifying and ranking courses and professors that he advocates should be removed from the university.”

Administrators were warned the website will “generate harassment” and lead to “unsafe work and study conditions for students, faculty and staff.” Letter to University of Toronto administrators

Jordan Peterson, a professor at U of T’s Department of Psychology, gained public notoriety last year after refusing to use gender-neutral pronouns while interacting with transgender students and publicly criticizing human rights legislation aimed at protecting gender identity against discrimination.

Since donning the mask of a free speech warrior, Peterson leveraged his publicity to become a cult hero to the alt-right and generate over half a million dollars in online donations, regularly raging against women, marginalized groups and an imagined enemy he calls “postmodern neo-Marxists.”

“These videos describe the website as asking people to upload course descriptions, along with professor names, and then using AI software (called a “postmodern lexicon detector”) to rank them for “postmodern neo-Marxian” content, which he describes as a corruption that needs to removed from the university.”

“It is particularly concerning that Peterson uses violence-tinged language to describe the courses he hopes to prevent people from taking, describing them as corrupt, reprehensible, malevolent, a plague, and even ‘bordering on murderous’, and describing his overall project as part of a war.”

In one video, posted on July 3, Peterson describes the website as follows:

“I have absolutely no regrets about going after the postmodern neo-Marxists as hard as I possibly can and I am certainly not done doing so. So, one of the thing that is going to happen, for example, in the next month or so, I have been working with a programmer who has volunteered his services and has already produced this, he has produced a website that enables people to enter text that will then classify the text as postmodern or non-postmodern and so you will be able to enter a course descriptions from universities – the course description, the professor’s name, the discipline, and the university. It will tell you the degree to which the description is postmodern and then you can decide for yourself whether you want to take that and become a social justice warrior, if that is what you think your education should be about, or if you should avoid that like the plague that it truly is … I’d like to knock enrollment in the postmodern disciplines down by 75% over the next five years. I think that I am thinking about it from the perspective of nonviolent warfare, it is that serious to me and that this would be equivalent to cutting off the supply chain. It is like the postmodernists need a continual influx of young impressionable minds in order to continue their propagandistic and society devouring efforts and I am going to do absolutely everything I can to cut that supply chain off at the source.”

In another video uploaded to his YouTube channel on July 9, Peterson explains his dream is to “produce a listing of every university and every course … across North America,” indexing “courses and professors and disciplines that should be avoided.”

And despite portraying himself as a champion of “free speech,” Peterson has a long list of “reprehensible” and “corrupt” academic disciplines he thinks “have to go”:

“They can use the website to distinguish between people who are credible and people who aren’t and maybe we can drop the damn enrollment in those horrible courses by 75% over the next three years … it’s in their best interest both, I would say, spiritually and economically to avoid those courses and those disciplines like the plague and then maybe we can get the disciplines that have become entirely corrupt and the ones that started that way to put themselves back together before they run themselves out of existence completely, and I might as well name a few of the disciplines that I think are particularly reprehensible to begin with … So, as I said already, women’s studies, and all the ethnic studies and racial studies groups, man, those things have to go and the faster they go the better. It would have been better had they never been part of the university to begin with as far as I can tell. Sociology, that’s corrupt. Anthropology, that’s corrupt. English literature, that’s corrupt. Maybe the worse offenders are the faculties of education.”

Peterson also had this to say about law professors:

“I learned that law has actually become corrupt as well.”

The letter also calls attention to Peterson’s at times violent tone, quoting one video where Peterson suggests anyone who speaks like a “postmodern neo-Marxist” should be “punched in the nose hard enough to knock you out.”

Concerned faculty say the violent rhetoric is especially disturbing in light of Peterson’s fixation on women and racialized groups:

“In public online remarks more broadly, Prof. Peterson regularly describes women and gender studies and what he refers to as ‘racial and ethnic group studies’ as pathological, a cancer, and in other strongly denigrating terms. The launch of this website must be put in this context in order to fully understand it as a platform that will generate harassment.”

“We strongly request that action is taken by university leadership to proactively prevent this harassment before it begins.”