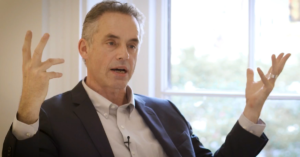 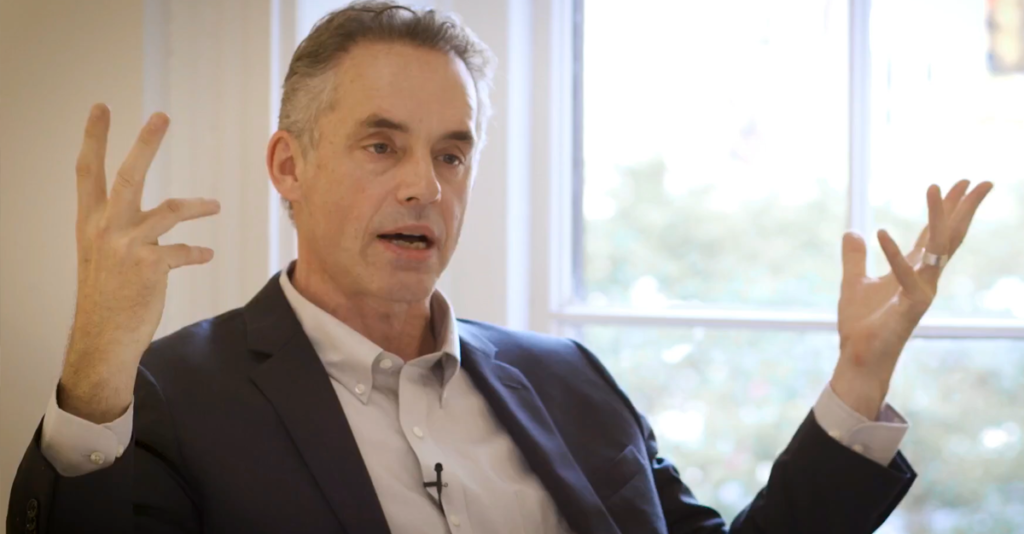 This article is more than 5 years old
Video

U of T professor Jordan Peterson's views on male violence and "female insanity" are only the latest in a growing list of controversies.

University of Toronto professor Jordan Peterson went on a “little tirade” about “female insanity” and what he thinks is “undermining the masculine power of the culture” in a “fatal” way.

Peterson is a controversial U of T psychologist who has been making headlines for the last year over his refusal to recognize students’ use of gender-neutral pronouns.

Since then, Peterson has become a cult figure in corners of Canada’s conservative movement and the online alt-right, making an appearance at last year’s Manning Centre conference in Ottawa where he celebrated disgraced Breitbart columnist Milo Yiannopoulous, as well as crowdsourcing funds with the help of Rebel Media’s Ezra Levant, testifying at a Senate committee on human rights legislation and even inspiring policies adopted by Conservative leader Andrew Scheer.

But in a new video published this week on the U of T professor’s YouTube channel, Peterson detailed his thoughts on why he believes men are unable to “control crazy women”:

“Here’s the problem: I know how to stand up to a man who’s unfairly trespassing against me, and the reason I know that is because the parameters for my resistance are quite well-defined … We talk, we argue, we push and then it becomes physical. Right? If we move beyond the boundaries of civil discourse, we know what the next step is, ok? That’s forbidden in discourse with women. And so I don’t think that men can control crazy women.”

In the video, Peterson also explains that he has “absolutely no respect” for any “man who wouldn’t fight with you under any circumstances.”

Peterson complains “I’m defenceless against that kind of female insanity because the techniques that I would use against a man … are forbidden to me.”

Peterson, who is a clinical psychologist, goes on to suggest “it’s sane women who have to stand up against their crazy sisters”:

“I’m defenseless against that kind of female insanity because the techniques that I would use against a man who was employing those tactics are forbidden to me … it seems to me that it isn’t men that have to stand up and say ‘enough of this’ even though that is what they should do. It seems to me that it’s sane women who have to stand up against their crazy sisters and say ‘look enough of that, enough man-hating, enough pathology, enough bringing disgrace on us as a gender’.”

Here’s how people on Twitter reacted to Peterson’s comments:

Jordan Peterson laments that you can’t resort to violence against “crazy women” https://t.co/pq3cmKO37f

Jordan Peterson identifies as grown man with a PhD but I’ll stay strong in referring to him as Tyler, the toughest kid in 5th grade English. https://t.co/XUnP2rIPTS

When you sit and think about his ideas (feminism is killing us because we can’t punch women) you realize he’s just another angry, sad dude.

Jordan Peterson doesn’t know how to speak to women because…he’s not allowed to fight them? Wut https://t.co/H3jrtqj06k

And the Senate consulted this dimwit on transgender rights ? https://t.co/mB8VaIByG1

Wait, so the argument here is that the threat of violence keeps things civil? So… how did all those wars start? https://t.co/p7IYuEn6w5

How is this guy allowed to have patients? Why is this guy still on @UofT’s payroll? https://t.co/f7fZ9iUZwc

PressProgress reached out to the University of Toronto as well as U of T’s Department of Psychology for comment. We’ll update this story if they respond.