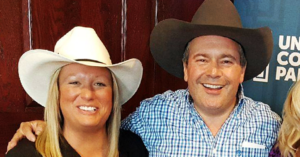 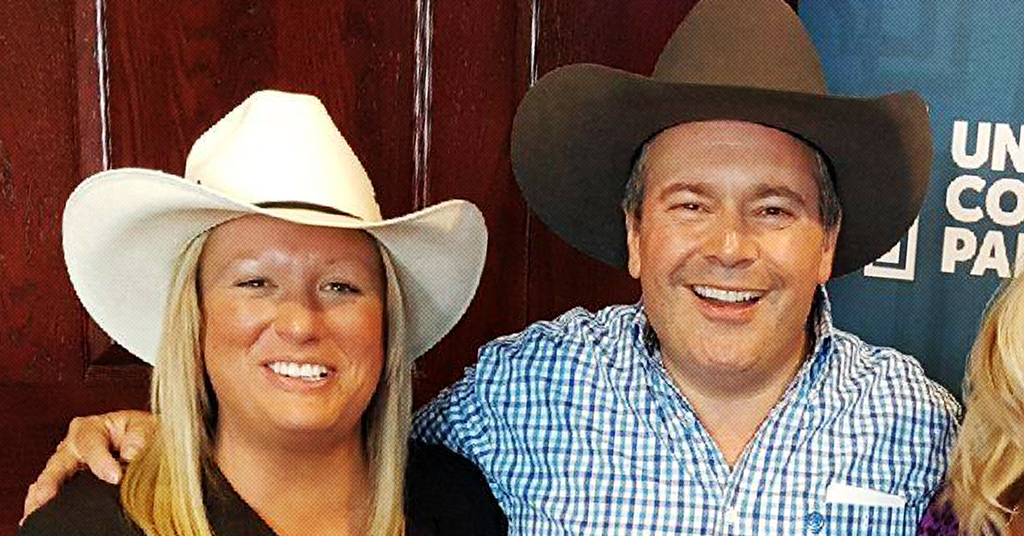 One of Jason Kenney’s United Conservative Party nomination candidates has withdrawn after taking an illegal corporate donation from a car dealership.

A document dated October 23 newly obtained by PressProgress reveals the Office of the Election Commissioner of Alberta sent a letter of reprimand to UCP nomination hopeful Haley Wile for accepting an “illegal contribution” from Red Deer Motors.

One day later on October 24, Wile announced on Facebook that she had decided to abandon her campaign for the UCP nomination in the riding of Red Deer South due to “unforeseen personal circumstances.” 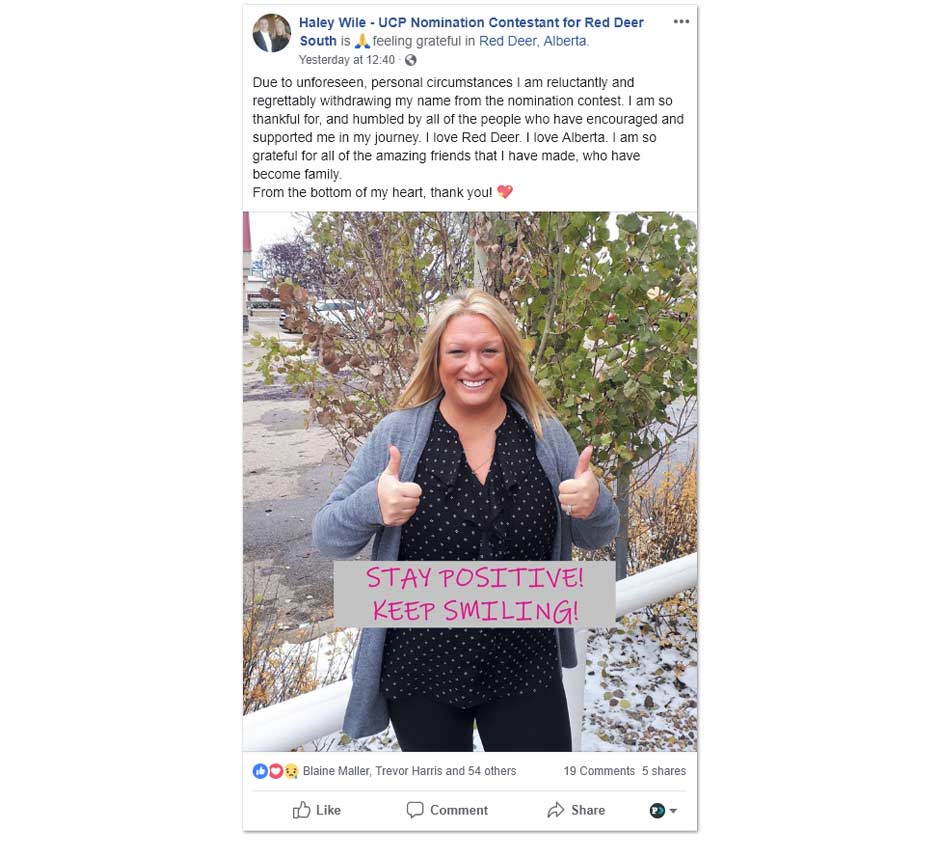 “This matter was investigated (by) my office and it was determined that an offence was committed,” the election commissioner wrote to the complainant this week.

Both parties received a letter of reprimand from the election commissioner for violating the Election Contributions and Disclosure Act.

The letters of reprimand are listed on the website of the Office of the Election Commissioner, however, a spokesperson told PressProgress that specific details about the donation will not be made available.


The reprimand comes on the heels of another scandal involving Kenney’s party and big money flowing from Alberta car dealerships.

Here’s the Motor Dealers Association of Alberta letter about Kenney. I read it as “if we give his shady PAC a bunch of money he will kill consumer protection and labour laws we hate.” This is the same garbage we saw with the PCs. It’s not right. https://t.co/EMsSr6N1P5 #ableg

After meeting with Jason Kenney, the chair of the Motor Dealers Association wrote a letter to car dealers across Alberta stating that the board voted to give $100,000 to the new PAC in order to “assist in the UCP’s third party advertising campaign.”

The letter, which can found in its entirety here, goes on to say that “after winning the election, Mr. Kenney’s UCP government would address MDA’s concerns in the following areas,” including:

The letter urges every car dealership in the province to donate $5,000 to the PAC with the goal of raising $1 million before December 1, when election spending limitations take effect.

Many have noted the letter could represent a possible violation of  the province’s campaign financing laws, which forbid PACs from working directly for a political party. The Alberta NDP have called on the elections commissioner to investigate the PAC, the MDA, the UCP and Kenney himself.

The MDA’s letter also suggests car dealers are resisting a recent change to consumer protection legislation brought in by the NDP government that bans false and misleading advertising from car dealers.

Kenney, the letter says, will revisit this change to the Consumer Protection Act and “rebalance the playing field.”