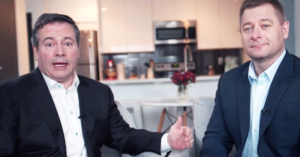 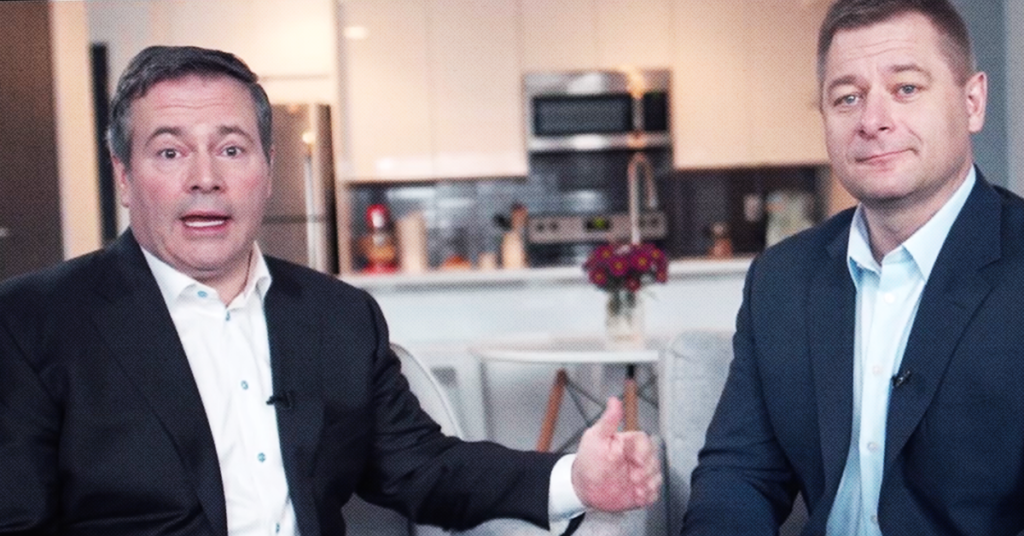 ‘First Alberta, then the rest of the country’: UCP candidate asked for votes so he could ‘stop’ Canada from ‘signing away its border’

In reality, the compact is actually a non-binding agreement that defines an agreed set of principles on “safe, orderly and regular migration” Despite this, Getson shared alarming memes claiming the UN is pushing “dangerous agendas” on Canada and warning his followers that what he’s learned about the UN “scares” him. 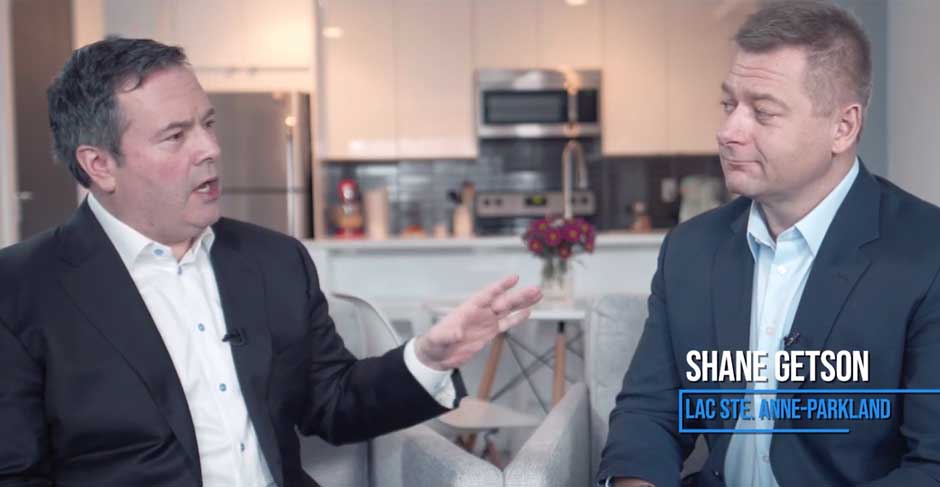 On December 21, 2018 — only four days after he was acclaimed as a UCP candidate — Getson shared a meme posted to the “Yellow Vest Canada” Facebook group.

The individual who posted the meme Getson later shared has apparent ties with the “Three Percenters,” an anti-Muslim militia group described as one of Canada’s “most dangerous” extremist groups, as well as the far-right Quebec anti-immigrant group La Meute.

The meme Getson shared features an image of the UN flag, along with text that framed it as a “message to Trudeau”:

“I do not recognize this flag as my country’s flag and I do not support the United Nations Compact Agreement. Sharing this FB post shows my ‘social media’ vote against Canada supporting the UN and their dangerous agendas.”

In the caption accompanying the meme, Getson wrote that “my wife printed me off the 34 page document” of the UN’s Global Migration Compact, warning his followers “do not take this one lightly.”

“From what I did read,” the aspiring legislator wrote, it “scares me.” 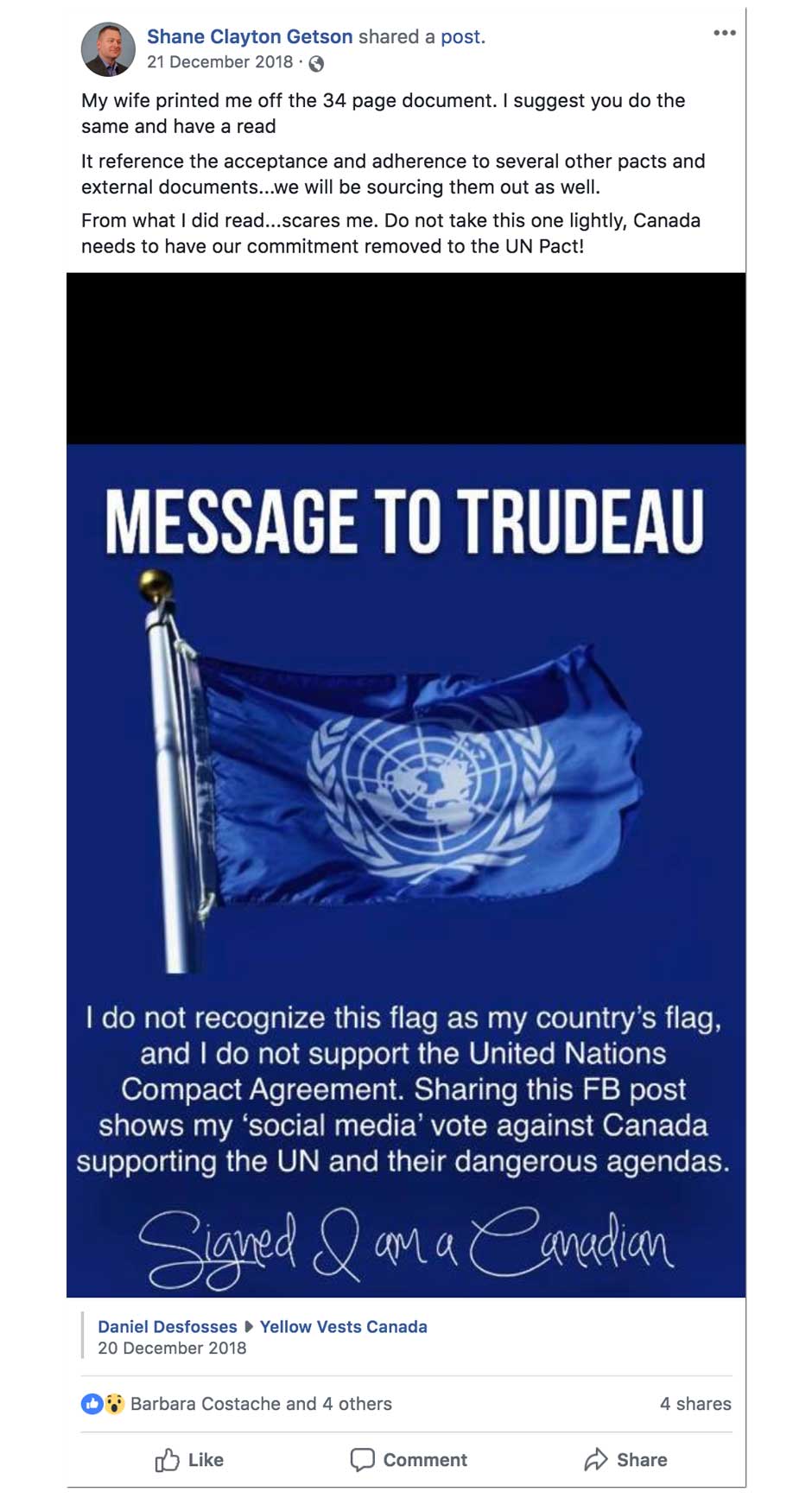 In another posting a week earlier on December 12, Getson called on members of his constituency to nominate him as the UCP candidate so he can “stop” Canada from surrendering its borders to the UN.

“Who gave permission to sign away our borders?” the UCP candidate wrote.

“First Alberta, then the rest of the country,” Getson added. 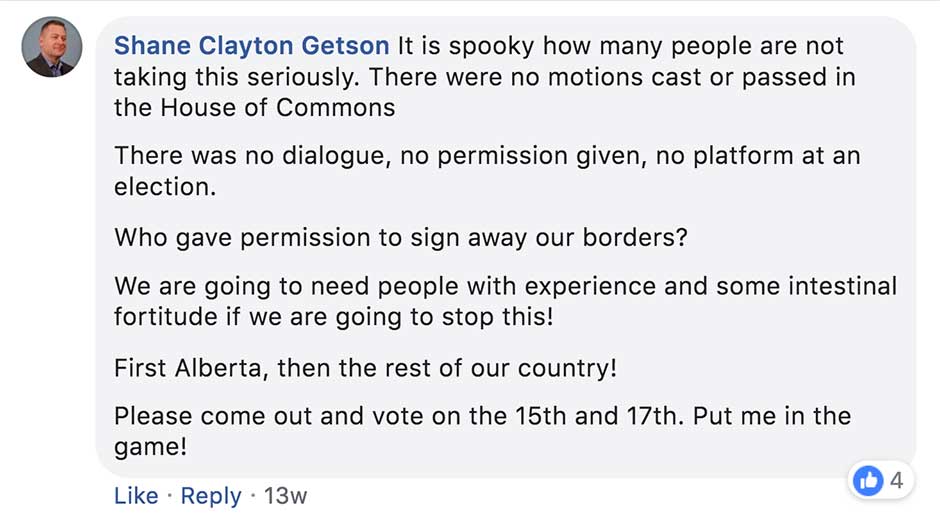 Getson did not respond to multiple requests for comment from PressProgress offering him an opportunity to clarify his views.

Evan Balgord, executive director of the Canadian Anti-Hate Network says that while there may be room for thoughtful debate about the UN or the migrant compact, the kinds of messages Getson shared communicate something much different.

“The far-right has latched onto the migrant compact and incorporated it into their web of conspiracy theories,” Balgord told PressProgress. “To them it’s evidence that there’s a malicious force which has infiltrated government to make white people a minority in Canada through immigration.”

“They believe Canada’s culture is white and European and that non-whites entering Canada are culturally incompatible — but shadowy forces are pushing it forward,” Balgord added.

That view is seconded by Yellow Vests Canada Exposed, a team of anti-racist researchers who monitor and document the online activities of far-right members of the Yellow Vest Canada group.

Liz, one of the members of Yellow Vest Canada Exposed’s team, told PressProgress that the United Nations paranoia is anchored in a “far-reaching conspiracy” that revolves around fears “that the UN is intent on imposing a one world government” that will “favour Islam above all other religions.”

“They feel (the UN) will eradicate our sovereignty and place special emphasis on allowing in Muslims,” something the far-right sees as part of the UN’s secret agenda to engineer the “genocide” of white Europeans.

Although the current iteration of the conspiracy imagines Muslims as the enemy, Liz notes the narrative pattern is “deeply rooted in (older) anti-Semitic tropes.”

However, the Yellow Vest Canada Exposed researcher notes many Canadians active in the Facebook group may not be fully aware of the narratives they’re buying into, something that’s concerning for those who monitor radicalization online.

“A lot of these people don’t understand exactly what it is they’re saying,” Liz said. “It just seems to fit their narrative.”