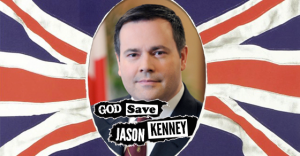 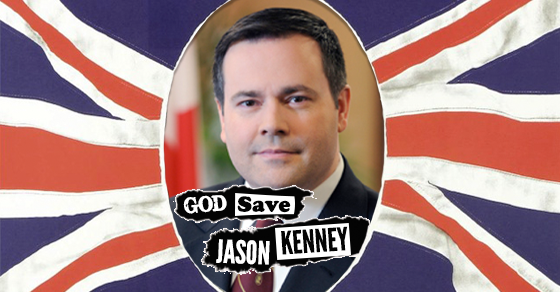 David Cameron wasn't the only one to experience a self-inflicted blow last night.

It seems David Cameron wasn’t the only one to experience a self-inflicted blow last night.

In the early hours of Friday morning, following the results of the EU referendum and with the British Pound plummeting and global markets in turmoil, Conservative MP and human Twitter egg Jason Kenney tweeted his “congratulations to the British people.”

Kenney also declared the Brexit a triumph of “hope over fear.”

Congratulations to the British people on choosing hope over fear by embracing a confident, sovereign future, open to the world! #Brexit

Given the highly xenophobic tone of the campaign and the prospects of devastating economic impacts that will be felt in Canada and around the world, hope and openness didn’t exactly capture the emotions most people were feeling.

And so, in the middle of the night, Jason Kenney began trending across Canada:

Here are a few of the things people were saying:

This is remarkably ill-judged. https://t.co/5PtnrIVzzi

Maybe you could explain that to @jkenney? He seems to be reveling in the financial and social consequences. https://t.co/Vsfevo9out

Kenney and the National Post’s John Ivison had a lively two-way discussion about Kenney’s admiration for “dog-whistle racism,” although Kenney replied that he merely respects the desire of the British people to be “unencumbered” by non-European migration:

@ivisonj No, I respect the decision of the British people who will be unencumbered to pursue more global free trade & non-EU migration.

Others, meanwhile, speculated on what this could all mean for Kenney’s own leadership ambitions:

Not shocked by @jkenney‘s Brexit support. But endorsing turmoil risky move when seeking to lead province that can ill afford more of it.

Remember #PCAA, this could be your leader. Fear of immigration led to #Brexit and Kenney supports it. #ableg https://t.co/Kjp2Ru1Vl0

Albertans have largely ignored this man up to this point. This is who he is. Bizarre and reactionary. https://t.co/igWCDaMATo

Kenney making a strong push for leader of UKIP tonight

One thing we learned tonight: @jkenney is not interested in being prime minister of Canada.

Although not everyone was entirely critical of Kenney.

Right-wing British politician Daniel Hannan, who once said he wouldn’t blame people for being “unsettled” by President Barack Obama’s “exotic background,” thanked Kenney for being a “true friend to Britain”:

Thank you, @jkenney, and thank you for your words during the campaign. You are a true friend to Britain.

Others noted this is not the first time Kenney has questionably applauded the British:

Jason Kenney, once again reaffirming his nostalgia for the British Empire. https://t.co/JtdcBhrsj7