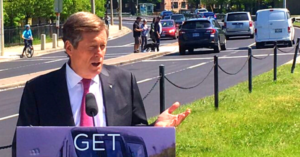 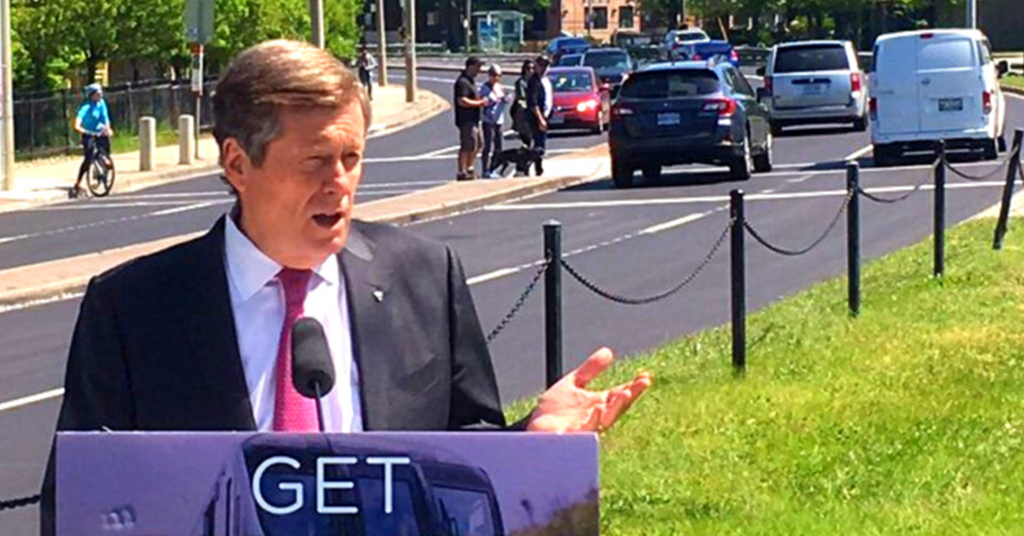 “We‘re already in a housing crisis and these cuts will mean ... more people being evicted into homelessness”

Budget projections from Toronto’s Shelter, Support and Housing Administration (SSHA) anticipate steep funding cuts from the city, even as the same document notes more and more people in the city are experiencing “chronic homelessness.”

As PressProgress reported previously, Toronto’s shelters have been operating above 90% capacity for years – with those who use the system packed close together, with almost no privacy or even personal space.

The system, as the Toronto Star reported more recently, is bursting at the seams.

According to the budget’s Cost Outlook this expenditure cut is to be achieved by a “reversal of COVID-19 response expenses of $288.335 million” which worked to ensure facilities followed public health guidelines and a “Decrease in 100% funded social housing programs.”

Asked about this projection, a spokesperson for the city acknowledged: “Despite continually adding new beds, the shelter system is at or near capacity most nights.”

But the spokesperson further noted:

“Through 2022, the City has continued to experience significant and unprecedented financial impacts, both in the form of added costs and revenue losses as a direct result of the COVID-19 pandemic. SSHA is projecting an unfavourable net expenditure variance of $78.9 million by year-end 2022 primarily attributed to higher than planned expenditures for the COVID-19 Response and underachieved revenues due to non-receipt of federal revenue to support the City’s 2022 Refugee Response initiative.”

“The City remains committed to making homelessness rare, brief and non-recurring; but it can’t do it alone,” the spokesperson added.

While the Toronto Community Housing Corporation will be financed under the Housing Secretariat’s budget in 2023, its Budget Projections also forecast a cut in capital repairs from  $447.700 million in 2022 to $371,750 million by 2024.

Looking forward, the social housing agency expects its capital budget will be “unfunded” by $76.500 million by 2026.

For years, the TCHC has seen a massive, growing backlog of repairs – leading to massive unit closures and unsafe facilities.

Termite damage in one of the TCHC units at 410 McCowan Rd. We are fixing these units so they can continue to be homes for our residents. pic.twitter.com/uZfeYNgYDH

“TCHC is expecting continued impacts to its RGI rent as a result of reduced tenant’s incomes based on the monthly trend in 2021. In addition, the Canada Emergency Response Benefit (CERB) program which supplemented tenant’s incomes ended in October 2021, which further impacts RGI rents going forward. Both of these impacts have been reflected in the 2022 Budget for COVID-19 Impacts. In 2020, the Province of Ontario enacted legislation that froze tenant’s rents for 2021. This legislation adversely impacted TCHC, resulting in a decrease in RGI revenue throughout 2021. Starting January 2022, the rent freeze will be lifted, allowing TCHC to increase its rent rates. However, due to the continued impacts of COVID, TCHC is expecting reduced household income in 2022 for RGI tenants.”

The TCHC declined requests to comment on the budget statement.

“Last time we checked, the waiting-list for subsidized/RGI housing in Toronto was approaching 80,000 names with a wait time of between 10-12 years,” Manson said.

“We’re already in a housing crisis and these cuts will mean more names on the waiting list, longer wait times, and more people being evicted into homelessness and desperation.”

“Shelters are at capacity and housing is in crisis both with affordability levels and maintenance,” Rinne told PressProgress.