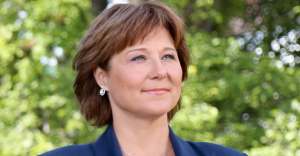 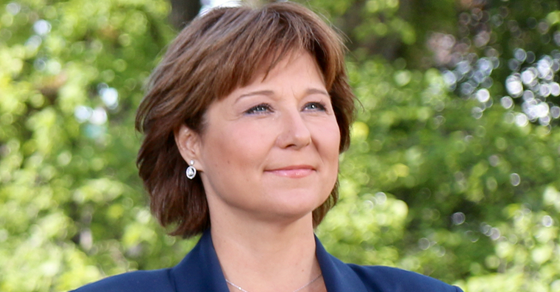 Christy Clark's BC Liberals decided to launch an attack on a random voter. It turns out that was a really dumb idea.

But now, after launching a “smear campaign” against an ordinary British Columbian voter, even some of the province’s top journalists are calling out Christy Clark’s BC Liberals for telling “cold lies” and “unleashing a conspiracy theory.”

The BC Liberal war room was in full damage control this weekend after Christy Clark had an awkward exchange with a voter named Linda Higgins on the campaign trail.

During a photo op at a North Vancouver grocery store, Clark went to shake a random voter’s hand when suddenly the voter (Linda) told Clark she wasn’t planning to vote for her – but before Linda could explain why, Clark interrupted her and ran away.

As the Twitter hashtag “#IamLinda” was trending across the province, BC Liberal campaign director Laura Miller – who is currently awaiting trial on a charge of criminal breach of trust – suggested the BC NDP had sent a party operative to “disrupt” Clark’s photo op:

In a bid to discredit a random voter (Linda), a number of BC Liberal supporters began picking up and amplifying Miller’s false claims across social media:

One of those supporters is Mark Marissen, a Vancouver-based political consultant and Christy Clark’s ex-husband, who joined in the disinformation campaign by falsely and repeatedly accusing Linda of being an “NDP plant”:

Except, as journalists pointed out, these statements are completely, totally 100% false.

Richard Zussman, BC’s provincial affairs reporter at CBC News, told Marissen he’s “pushing lies,” explaining that he personally interviewed Linda and could confirm “she was not a plant”:

@marissenmark You are pushing lies. And hurting your credibility. She was not a plant. She may vote NDP but no one ‘planted’ her there

That conclusion was seconded by the Province’s Mike Smyth, who also interviewed Linda:

As Smyth points out, “the #IamLinda hashtag had become one of the hottest Twitter trends in BC,” so the BC Liberals “fought back, unleashing a conspiracy theory that the whole thing was cooked up by the NDP”:

“All-in-all, this was a bad gaffe by Clark that she and the Liberals made worse by making stuff up. With just over one week to go before voting day May 9, it makes me wonder if the Liberals are getting worried.”

Linda also told Smyth “nobody knew I was going to talk to Christy Clark” and confirmed she’s “not a member of the NDP or any other party”:

“Higgins said she wanted to tell Clark about how the high cost of living has priced her adult kids out of the Vancouver housing market.

‘They have good jobs, but they can’t afford a home,’ she said. ‘I was also upset about those health-care workers who were fired, including a man who committed suicide. I wanted to tell her my concerns and I genuinely thought she would listen.'”

Calling the BC Liberal “smear campaign” targeting an “average citizen” actually “kind of disgusting,” other BC journalists shook their heads in disbelief:

This great column should enrage everyone. What a way to treat an average citizen; the cold lies! Disgusting really #IamLinda https://t.co/I0cbN7AAuB

Have to say it’s kind of disgusting to see the lengths to which BC Libs are going to discredit a woman expressing her opinion. #IamLinda

This deserves a very careful read from all political partisans. A voter deserves to be heard, no matter who they support. https://t.co/CcYvK2ovY8

Luckily for all the ex-Harper Conservative staffers working in the BC Liberal war room, it turns out a few people managed to track down a real “NDP plant” after all:

Who could’ve predicted that would backfire?