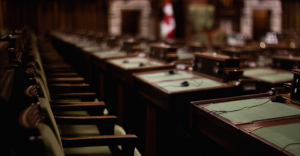 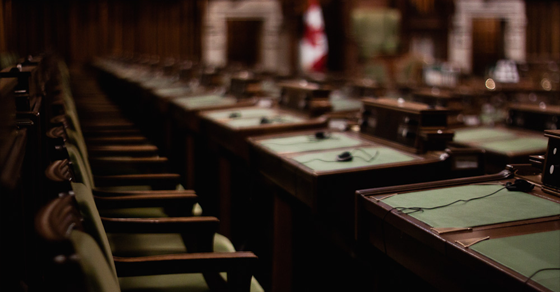 Here Are The Top 15 No-Brainers for the New Trudeau Government To Do. Seriously. No-Brainers.

Now that the Harper government is done, there is so much to undo.

There are good reasons why so many groups and legal scholars want Bill C-51 fully repealed: the entire law is too vague and too broad, it opens the door to massive data mining operations, it’s a threat to free speech and free expression, it transforms the role of CSIS and, if that’s not enough, it’s unconstitutional.

Now that the campaign is over, the rationale for supporting the law is gone.

Elections and political science experts all said the Unfair Elections Act makes dangerous changes to Canadian election law. The Globe and Mail even said it “deserves to die.”

Considering the Liberals ran on democratic reform, this should be straightforward – kill it.

It was offensive enough that S-7, the absurdly titled Zero Tolerance for Barbaric Cultural Practices Act, outlawed already-illegal things like polygamy, forced marriages and honour killings. But after Harper announced mid-campaign a plan to bring in a 1-800 barbaric cultural practices snitch line (because calling 9-1-1 isn’t good enough?), Canada has become the butt of jokes at home and around the world.

Even the government’s own Commissioner of the Canadian Human Rights Commission says the law should be rewritten and renamed to remove any insinuation that certain religions are a threat to Canadian society.

The Toronto Star called C-377 a “draconian threat to civil liberties.” Canada’s Privacy Commissioner says it’s “disproportionately intrusive” while the head of Canada’s largest union says it upsets “the balance of power between unions and employers.”

C-525, meanwhile, is designed to weaken and destabilize the labour movement. The law stipulates that a majority vote in favour of joining a union is no longer enough while letting a minority of the membership sign a petition to trigger a decertification vote. And by forcing a mandatory secret vote on employees who have already signed union cards, C-525 makes the union certification process more difficult, allowing employers to intimidate employees. This two-step process also puts federal labour laws at odds with the rules in a number of Canada’s provinces, where a “card check” of a majority of workers is enough to organize a union.

Why wait for Harper’s granddaughter to solve the mess the Conservatives created by doubling TFSA limits?

Studies  from the Broadbent Institute and the Parliamentary Budget Officer highlighted why the doubling of the contribution limit made no sense: it line the pockets of the wealthy and will lead, down the road, to the loss of billions of dollars to the treasury every year.

The Conservatives brought in a tax policy for families that resembles a scene from Leave it to Beaver, in which nine out of 10 households receives no benefit at all. Considering it’s 2015, and not a 1950s sitcom, why would the new government keep the unfair tax cut?

7. Get Behind Fair Taxation

Bringing in a new income bracket for those earning more than $200,000 and closing the stock options exemption loophole would help address two things: income inequality and Ottawa’s revenue problem.

On the corporate side of the tax ledger, it’s re-balancing time as well. Between 2000 and 2004, the previous Liberal government cut the federal corporate tax rate from 28% to 22.1%. The Harper government continued the trend, chopping the rate to 15%, where it now sits.

And according to the Parliamentary Budget Officer, the annual cost of Harper’s cuts is $12 billion of reduced tax revenues. Think of all the things that $12 billion could be better spent on — First Nations drinking water, tackling child poverty… the list goes on.

Speaking of new investments, how about building the next generation of social programs to keep up with the times – universal child care and national pharmacare?

In 2012, the Harper government allocated millions of dollars to conduct political-activity audits of charities, beginning with environmental groups. The program was then extended to human-rights and anti-poverty groups.

After a little while, groups suspected the Canada Revenue Agency was leading a politically motivated effort against charities with an environmental or progressive focus while simultaneously ignoring right-wing groups like the Fraser Institute (which consistently report zero political activity).

The CRA needs to show a commitment to fairness by ceasing any politically motivated work.

Despite strong opposition from data experts and Canada’s Chief Statistician, the Conservatives quashed the mandatory long-form census, even though data collected from the census had long been a critical tool used to by governments to make informed, evidence-based decisions.

A series of policy changes over the last two decades have made access to EI benefits really difficult, and it’s time to reverse them.

Back in 1990, 83% of unemployed Canadians received benefits, but it took a dive to 42% in 1998 when the former Liberal government redesigned the program to make it far less generous. After further changes by the Harper government, the beneficiaries-to-unemployed ratio fell below 40% in 2012 for the first time in almost 40 years.

Further changes in 2013 drove down the eligibility rate to 37% — a new all-time low. It also became tied to absurd rules, like accepting any job the government deems “suitable” — even if it’s entirely unrelated to your career, comes with a 30% pay cut or requites an hour-long commute.

For years, the federal government has been subsidizing the oil industry by more than $1 billion each year.

Canada ranks as the fourth highest in fossil fuel subsidy expenditures, only behind the United States, Australia and New Zealand. It’s time to cut these while setting clear and ambitious targets to reduce greenhouse gas emissions in line with our international obligations. Ending our cheerleading for the Keystone XL pipeline would also help.

Remember when the Harper government cut access to health care for some refugee claimants — then appealed the decision when the federal court ruled the changes were unconstitutional because they were “cruel and unusual”?

Drop the appeal, says the Canadian Doctors for Refugee Care.

14. Move Beyond Rhetoric about Fixing Relationship with First Nations

Calling a public inquiry into Murdered and Missing Indigenous Women is an obvious first step, but if you want to actually break from tradition and build a new nation-to-nation relationship with Canada’s First Peoples, then tackle the recommendations of the Truth and Reconciliation Commission.

No political party should have 100% of the power when six out of 10 voters cast their ballot for another party, right? Proportional representation fixes that.