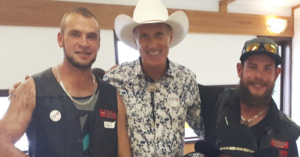 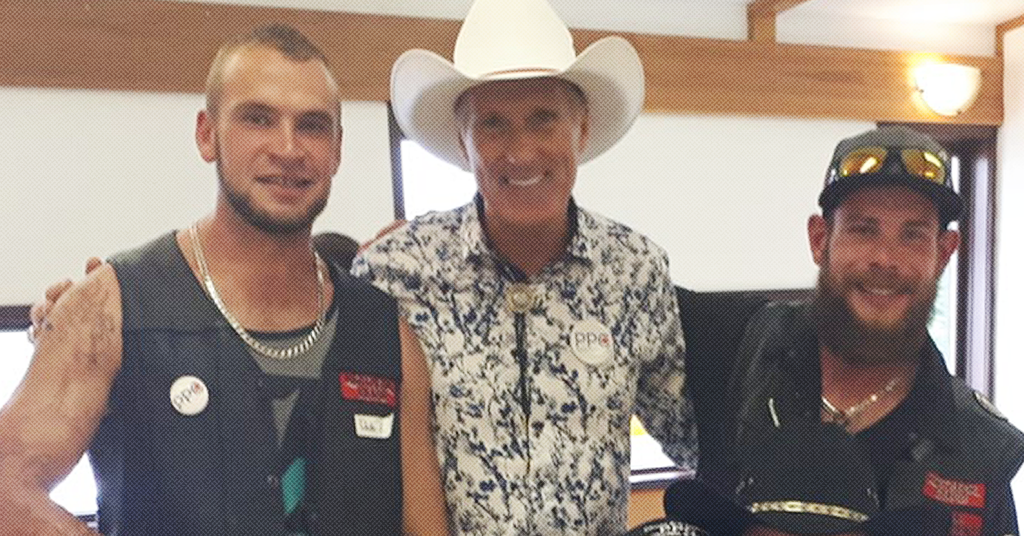 The anti-immigrant, anti-Muslim Northern Guard is known for violence and tops a list of hate groups threatening Alberta

Maxime Bernier, leader of the right-wing People’s Party of Canada, appeared posing with a militant anti-immigrant group during the Calgary Stampede last weekend.

The Northern Guard is an anti-immigrant, anti-Muslim group, linked to violent clashes across the country including a recent brawl inside Toronto’s Eaton Centre.

A photo of Bernier posing with the Northern Guard was uploaded to Facebook over the weekend by the leader of the hate group’s Alberta chapter.

Asked about the photo, neither Bernier nor senior People’s Party officials responded to multiple requests for comment from PressProgress. 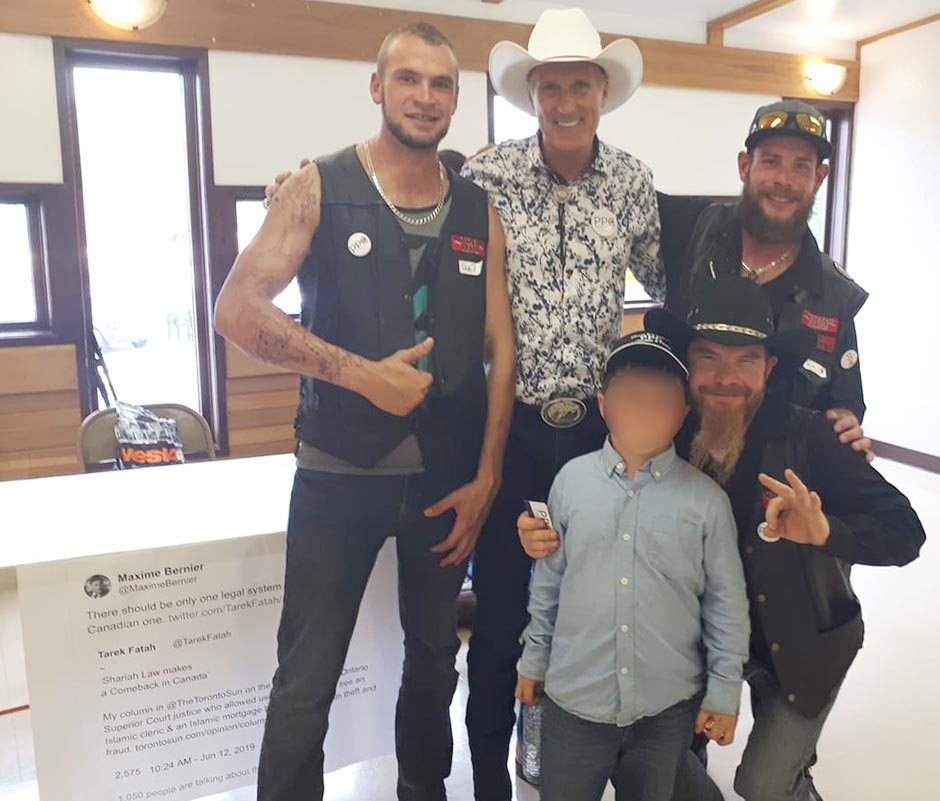 The Canadian Anti-Hate Network describes the Northern Guard as “one of the most militant groups in the anti-Muslim movement,” and notes its “leaders and members” have “demonstrated ties to white supremacy and neo-Nazism.”

“The Northern Guard have engaged in pre-meditated street attacks,” Balgord told  PressProgress. “There are multiple examples of them starting violence and hurting people.”

Northern Guard member Christopher Vanderweide was recently arrested following a series of violent assaults at Hamilton Pride last month. The next weekend, he was involved in another violent brawl inside Toronto’s Eaton Centre mall.

The photo of Bernier with the Northern Guard was uploaded to Facebook by Calgary resident Kyle Puchalski on Sunday July 7, 2019.

Alongside Bernier and Puchalski, tagged in the photo are Northern Guard members Dale Theriault, Kyle Fowler and Kyle Silzer.

Three of those members previously appeared brandishing rifles in a photo that was circulated by a local anti-fascist group.

The photo, taken from Puchalski’s Facebook page, is described as a group photo of the “Northern Guard Calgary chapter.”

A recent report by the Organization for the Prevention of Violence on extremist groups in Alberta named Northern Guard as one of the top threats for violence in the province.

In March, members of the Northern Guard — including at least one who appeared alongside Bernier — were involved in a violent clash near the Alberta Legislature. 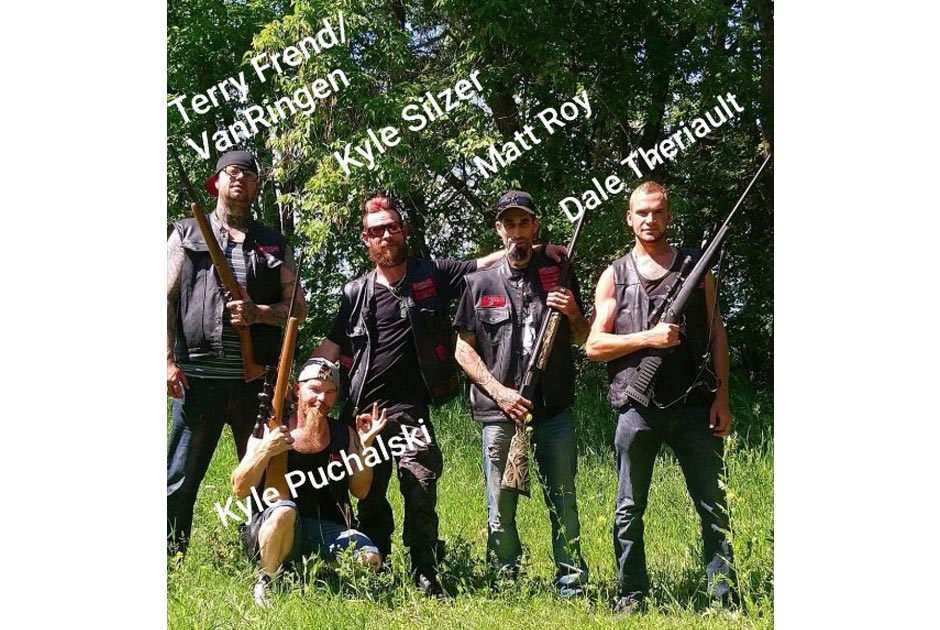 Bernier’s encounter with the Northern Guard took place on July 7 at the Pineridge Community Centre in north-east Calgary.

“Come join Maxime Bernier and The People’s Party of Canada to celebrate the Stampede season,” the PPC’s Facebook event listing reads. “This family friendly event will include a free BBQ, face painting, piñatas and a bouncy castle.” 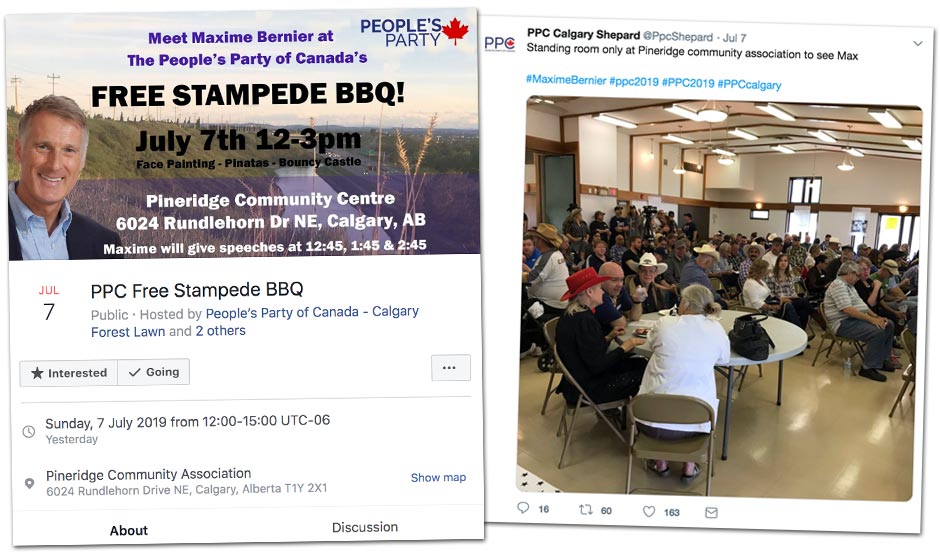 According to the public guest list that appears on the PPC’s Facebook event page, at least two members of the Northern Guard actually RSVP’d in advance.

“It’s not a bug, it’s a feature. His party is giving these people more of a voice and it is very dangerous.”

According to Vice News the Northern Guard is currently looking to launch “armed” patrols aimed at intimidating immigrants.

“Our members are ready,” the group’s spokesperson said.