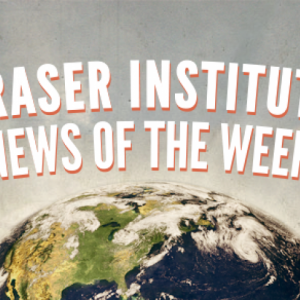 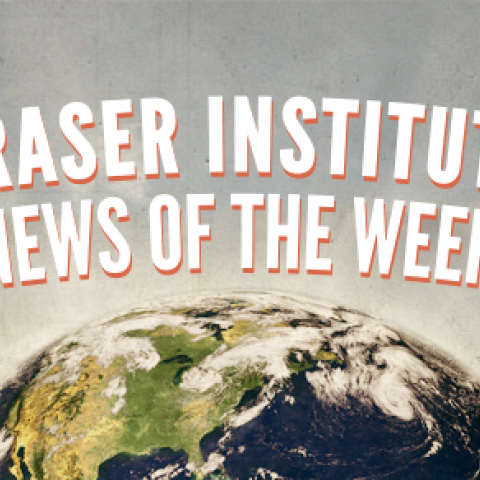 This week in “the Fraser Institute is embarrassing itself” news

Too busy to keep up to speed on the Fraser Institute’s problems this week? Here’s a review of everything that has gone wrong for Canada’s “data driven” right-wing think tank — all from just this past week. 1. Canadian Wind Energy Association releases detailed response to the Fraser Institute’s first-year stats student mistake on wind […]

Too busy to keep up to speed on the Fraser Institute’s problems this week?

Here’s a review of everything that has gone wrong for Canada’s “data driven” right-wing think tank — all from just this past week.

The association released a detailed analysis of a recent Fraser Institute study that it says “misrepresents the impact of wind energy on the electricity bills paid by Ontario consumers.”

The wind energy association tapped Power Energy LLC, a top energy market consulting firm, to dig into the Fraser Institute’s report, authored by the Ross McKitrick, a senior fellow at the Institute (who was a prominent signatory of the “Evangelical Declaration on Global Warming“) and Tom Adams, the former executive director of Energy Probe (a registered charity that has published pieces on its website claiming earth is headed for global cooling and explored the possibility that global warming is caused by the sun).

As a result, “the Fraser Institute grossly overstates the impact of wind on consumers’ electricity bills,” calculated at “only 4 per cent of a typical Ontario consumer’s electricity bill.”

2. Editor of the Walrus rips into the Fraser Institute’s bogus income tax study:

Meanwhile, this month’s issue of The Walrus features a stinging Editor’s Note from Walrus editor John MacFarlane. He takes aim at a recent Fraser Institute report that claimed almost 42% of Canadians’ annual earnings were spent on taxes, more than on all other household necessities combined.

MacFarlane zeroes in on methodology, in particular questioning how the Vancouver-based think tank piled every conceivable tax onto the family tax bill, even if families don’t actually pay those taxes:

The study failed to note that since 1961 Canadians have asked their governments to fund a national pension plan; a more robust social safety net; a massive expansion of post-secondary education; and, above all, medicare. In the past four decades, per capita health care spending has risen from about $500 (unadjusted) to more than $5,500, of which Ottawa’s share now exceeds 70 percent. Critics of the Fraser Institute report have also pointed to a bias in its definition of taxes, in terms of what it included in its calculation of the average tax bill. Are royalties on oil and gas revenues taxes? Are import duties taxes? Are taxes on goods and services, property, vehicles, fuel, alcohol, and tobacco — so-called consumption taxes — as burdensome as those applied to income? Is it reasonable to include corporate taxes in the total that Canadian families pay?

And, ending on a thoughtful note, MacFarlane leaves the Fraser Institute with a good question to mull over:

But even if the Fraser Institute study were correct — even if the average Canadian family does pay close to 42 percent of its income in taxes — the issue, as [Charles] Lammam argued, is whether we are getting our money’s worth. Instead of obsessing about how much we pay, we should focus on what it buys us. Are governments guilty of waste and inefficiency? Of course. But the more important question is whether they are predominantly so. What matters most is the quality of the services they provide: law and order, public health, education, infrastructure, private sector regulation, and so on.

3. Fraser Institute gets into awkward war of words with Hong Kong

And on the other side of the planet, the Fraser Institute seems to be trying to distance itself a bit from its latest Economic Freedom of the World Report. The disputed survey declared Hong Kong the world’s freest economy at a time when protesters were standing up for democratic rights.

“The erosion of Hong Kong’s rule of law in the face of Beijing’s growing influence could harm the city’s competitiveness and impinge on its status as the world’s freest economy, a prestigious Canadian think tank says,” says Friday’s South China Morning Post.

Hong Kong’s administrators shot back, telling the Morning Post that the Fraser Institute’s claims “were not supported by concrete evidence.”

How things have changed in just one month. When the Fraser Institute released the ranking, the Hong Kong government issued a press release, saying “the Government today welcomed the Fraser Institute again ranking Hong Kong as the world’s freest economy,” and adding it, “affirms the city’s steadfast commitment to free market principles.”

Appearing on CBC’s The Exchange with Amanda Lang to debate the latest UN climate change report with Tom Rand of ArcTern Ventures, the Fraser Institute’s Ken Green called for an end to renewable energy subsidies and raised doubts about whether climate temperatures are actually increasing.