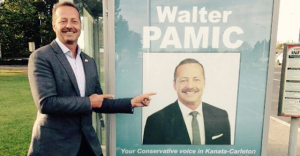 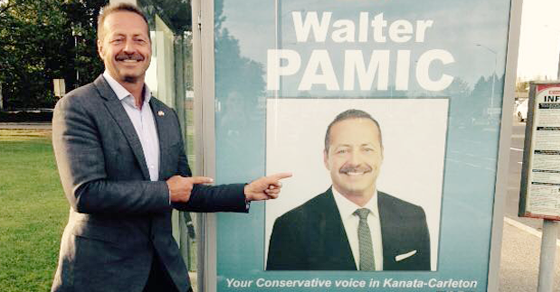 This Conservative candidate has a hobby. His hobby is making inflammatory statements about unions

Conservative candidate Walter Pamic has a hobby. What is his hobby? Sharing anti-union propaganda with his friends and family over Facebook.

What, you ask, is his hobby?

Nope! Judging by his Facebook activity, the Conservative candidate for Kanata-Carleton’s hobby is sharing highly inflammatory anti-union propaganda with his friends and family.

That’s not surprising. Pamic is the Chair of Merit Ontario, a major anti-union lobby group, and the provincial affiliate of Merit Canada, one of the top groups to lobby the PMO. Plus he even appeared as a witness at Parliamentary Committee hearings advocating for “union-free” workplaces. He’s also called for greater union transparency, somewhat ironic given his company won $400,000 in federal government contracts since announcing his candidacy for the federal Conservatives.

Here are 14 things you can infer about Pamic’s views on unions just by looking at the stuff he’s talking about on Facebook: 4. Pamic thinks “Canada needs to follow” and pass a national right-to-work act too: Except it turns out the man on the right had been knocked down, and the man on the left, who is a Fox News correspondent, admits to having gotten into a tussle with him only moments before the photo was taken.

A Michigan prosecutor decided not to prosecute the man on the right because he was acting in self-defence. 7. Pamic believes that “big union bosses” are “afraid of the light”

8. Speaking of disclosure, Pamic insists he knows nothing about any Cayman Islands banks: 12. Pamic thinks unions have a taste for blood:

13. Pamic believes unions are a threat to Twinkies: If elected, Pamic will be in a position to vote on labour legislation.