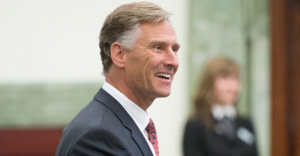 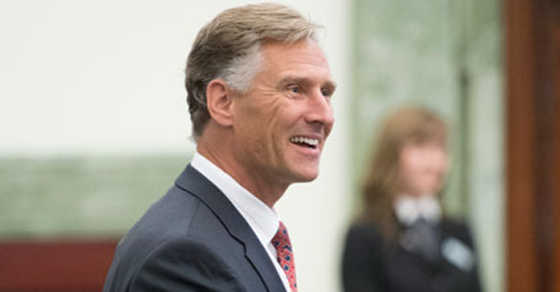 AUDIO: This Alberta Tory has some questions about diversity and “Oriental students” in universities

Namely: how is that supposed to work?

During an advanced education committee hearing Thursday, Rodney wondered if this meant the government is bringing in ethnic “quotas”?

Alberta’s Advanced Education Minister Lori Sigurdson explained the new Alberta government plans to work with post-secondary institutions and review its policies to look for ways to “create more access so that the barriers are alleviated” for underrepresented groups, such as through investments in student aid or reviewing the composition of agencies, boards, and committees.

But although Rodney thinks efforts to increase diversity are a “nice idea” in theory, he remained skeptical:

“So is there a letter from the minister saying ‘hey, you have too many Oriental students’ or ‘hey, you don’t have enough, you know, people of this ethnic background’ on, you know, support staff or boards of governors or senates. I guess what I’m saying is it’s a nice idea, I think Albertans have a right to know how do you make it happen because people will gain or lose places as a result of this and this effects their life.”

Speaking of how diversity is supposed to work…

Rodney may have missed the memo reminding him words like “Oriental” went out of fashion years ago, thanks largely to the derogatory undertones and history of the word.

In case you’re wondering, here’s how the Oxford English Dictionary – considered “the ultimate authority on the English language” – explains how the word is used:

“The term Oriental, denoting a person from East Asia, is regarded as offensive by many Asians, especially Asian Americans. It has many associations with European imperialism in Asia. Therefore, it has an out-of-date feel and tends to be associated with a rather offensive stereotype of the people and their customs as inscrutable and exotic.”

In recent years, a number of U.S. states have actually moved to strike using the word in state documents.

Here’s how former New York governor David Paterson explained his state’s decision to strike use of the word back in 2009:

“The words we use matter … The word ‘oriental’ does not describe ethnic origin, background or even race; in fact, it has deep and demeaning historical roots.”

“Members of the Asian community have told me that they are offended to be referred to as ‘Oriental’ in our state statutes. The definition of the word notwithstanding, its various applications, such as ‘exotic,’ ‘strange,’ and so forth is demeaning. While many Asians under European colonial influence have not been educated to the application of the word, they now understand its meaning and connotations. This is similar to the reason why blacks do not wish to be called ‘Negros (sic).'”

Rodney is the PC critic for Aboriginal Relations, Innovation and Advanced Education.