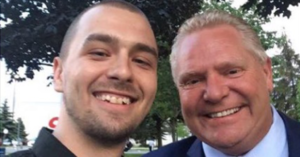 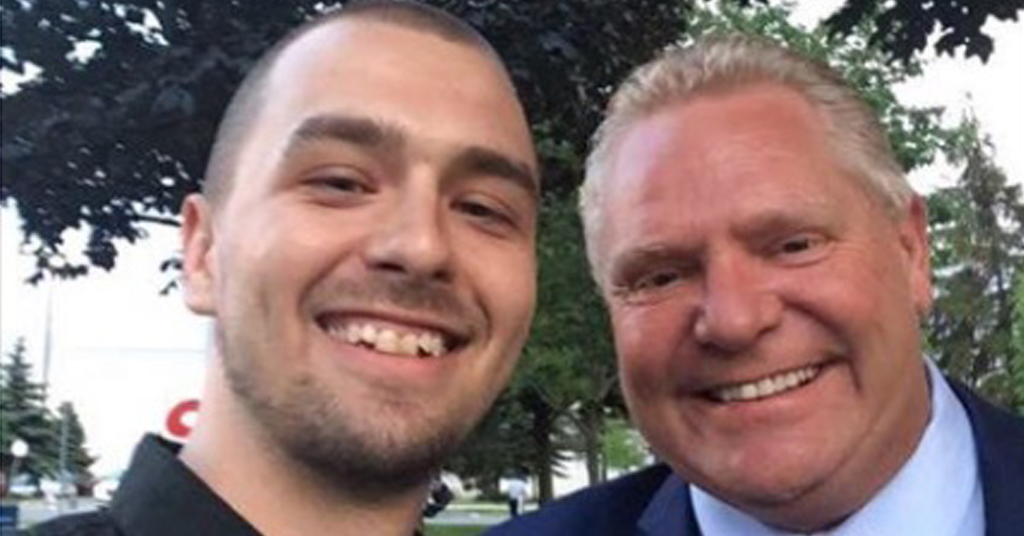 Earlier this month, the leader of the Ontario PCs generated significant controversy  when he brought up the issue of immigration on the campaign trail, suggesting Ontario should “take care of our own” before worrying about immigrants.

On a Google Hangout recently streamed by figures on the far-right linked to several Canadian hate groups, white nationalists appeared thrilled at the prospect of Doug Ford becoming Premier of Ontario.

One avowed white nationalist even bragged that Ford was directly communicating with white nationalists using a “dog whistle” – ‘dog whistling’ refers to the use of coded language to disguise racist ideas to a general audience while signalling to racists themselves.

“I think when people reach a certain level, they’ll dog whistle to us. Like, recently Doug Ford said ‘we gotta take care of our own before we take care of anybody else’, and just that sentence alone, you know, every nationalist out there are like ‘we know what you’re sayin’ Dougie.’ And he can’t say certain things and have a chance of winning in a Liberal f–king playground like Ontario.”

In the same broadcast, recently documented by the Anti-Racist Canada Collective, Ford’s white nationalist supporters discuss a range of topics:

Driving “mainstream conservatives” to fascism: Predicting they can convince “the basic bitch conservative” to embrace Nazism and fascism “in droves,” just like the good old days “before World War II when Adolph Hitler and Benito Mussolini were rising into power”;

Creating a whites-only “ethno-state” in Alberta and British Columbia: They feel white people need to “breed” and “live among their own.”

Anti-Semitism: They claim “the influence of the Jewish elites and the Jewish people at large on western civilization” has been “detrimental” to society.

After Ford’s leadership win this spring, the avowed white nationalist congratulated the new Ontario PC leader, sharing a photo of himself smiling next to Ford with his 13,000 Facebook followers. The white nationalist’s praise for Ford is far from the only example of support he’s received from the far-right.

As Ricochet previously reported, a now-deleted episode of a prominent white supremacist podcast was also replete with pro-Ford discussions:

“The podcasts make for horrific listening … Amid the casual racism and hateful, even genocidal, discussion of minorities was a political message: Support Doug Ford, because his election will advance our cause.”