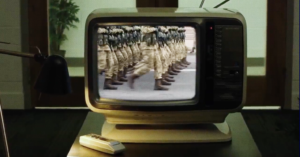 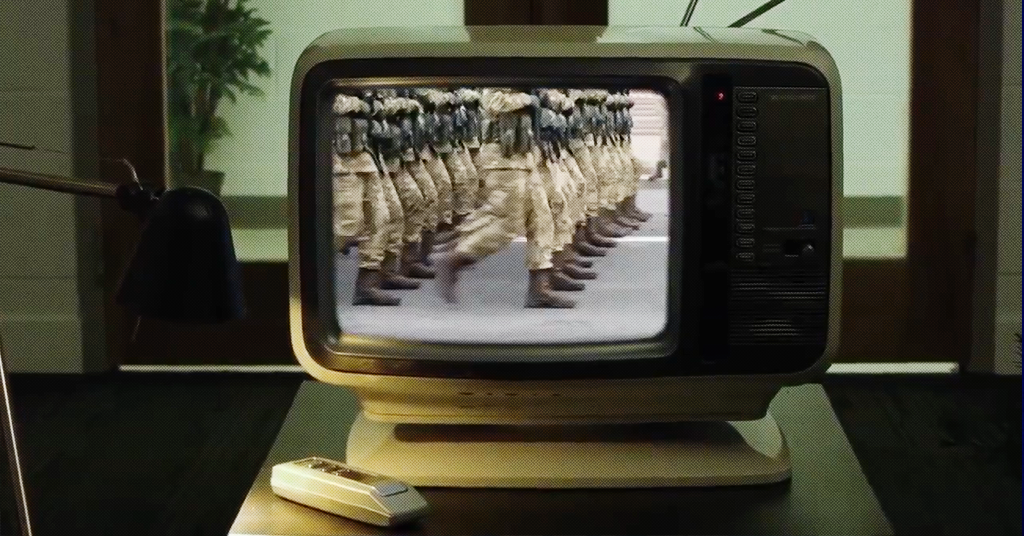 This BC Attack Ad Bashing Proportional Representation is So Bad, They ‘Briefly’ Pulled It Off The Air

The official “No” campaign for British Columbia’s upcoming electoral reform referendum is under fire after an attack ad that attempted to link electoral reform to Nazis didn’t quite go as smoothly as planned.

This week, the big money-backed No BC Proportional Representation Society pulled and edited a particularly nasty attack ad that aired both on TV and online.

The attack ad features images of neo-Nazis, goose-stepping soldiers and rubber tires burning in the middle of streets, all in an attempt to burn scary images in the minds of voters about the dangers of proportional representation, a system used by most democracies around the world. Believe it or not, countries like New Zealand, Norway or Switzerland have managed to use pro rep for decades without falling to authoritarian regimes.

Here is the anti-proportional-representation ad pulled from YouTube by the No campaign in the referendum. WAY over the top, reminds me of 2006 fed Liberals’ “soldiers with guns on our streets” ad. That one backfired too.#BCpoli pic.twitter.com/W8EIM2vw7u

The original ad showed a bizarre montage of images that are completely unrelated to the issue of electoral reform, including shots of a European neo-Fascist youth group,  stock video of police at a labour day demonstration in Berlin, a news clipping about a Swedish political party that traces its roots to the neo-Nazi movement and a clip of ultra right-wing protesters in Tel Aviv.

Most BC pundits agreed the ad is “horribly misleading and sensational”:

I knew the No side in BC’s proportional representation debate was desperate and prepared to use any and all tactics, but this takes the cake. Wow. Horribly misleading and sensational. People behind it should be ashamed.https://t.co/xw5sF95yQr

Ughhhh. This is awful. Come on. https://t.co/xKbapkwRVT

We loved @NoBCProRep‘s jackboot fascist conspiracy ad so much, we made a remix. WHAT DO WE KNOW FOR SURE ABOUT FIRST PAST THE POST? #ProRep #bcpoli #BCref #PR4BC pic.twitter.com/9RXSroggSp

In a statement, No BC Pro Rep President Bill Tieleman explained his group “briefly removed” the video over concerns it could offend some viewers.

“The ad could be misconstrued and be wrongly connected to middle eastern politics in a way which was not at all intended,” Tieleman told PressProgress..

The video juxtaposes clips referencing “neo-Nazis” and a “Hungarian strongman” with an image of protesters waving Israeli flags as a narrator suggests proportional representation could have “disastrous results.”

That video clip, captioned “Israel Right Now,” is sold for $179 on a stock video website called Storyblocks. It also appears to have been filmed in 2016.

Nonetheless, Tieleman defends the sensationalizing tone in the rest of his group’s ad, noting he is “extremely concerned” about “neo-Nazi linked parties,” and adding “there is no place for such extremists in our BC Legislature.”

The ad is only the latest example of escalating fear-mongering from anti-reformers.

When small parties can’t agree as to a coalition govt, people start to cry out for leadership. Dictators rise to power. This is not, proportional representation friends, called fear mongering. It’s called history, & it’s important to remember it. #bcpoli @NoBCProRep @vergekent https://t.co/3emyjx1697

Tieleman himself denounced people using the word “dictatorship” in debates on electoral reform only a few months ago:

No matter your view on Proportional Representation, we do not live in a “dictatorship”. That kind of completely over the top rhetoric is what scares people about Pro Rep. Canadian soldiers died defending democracy – do not abuse the word. #BCPoli #NoBCProRep

But then here’s Tieleman just a few weeks later sharing some “over the top rhetoric” himself, making the same ludicrous claim as his anti-reform colleagues about proportional representation leading to dictatorships:

“They each rose to power in a country that used Proportional Representation to elect its legislature. No democracy that used First Past The Post fell to dictatorship during the period.” https://t.co/jCeymEtrjz #BCPoli #NoBCProRep #PR4BC

The no side seems to only be encouraging commentators to criticize anti-reformers for relying on “scare tactics” to get their message across.

As the Globe and Mail’s Gary Mason writes:

“One of the most popular go-to arguments the anti-PR brigade is using is that electoral reform will open the door to extremist parties, and before you know it, you have another Hitler running your province or country. This is a distortion and disinformation campaign intended to distract voters and to divert their attention away from considering the obvious benefits of a voting system that does a far better job of reflecting the overall wishes of the public.”