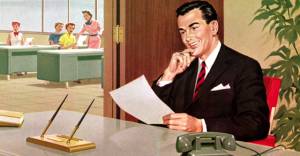 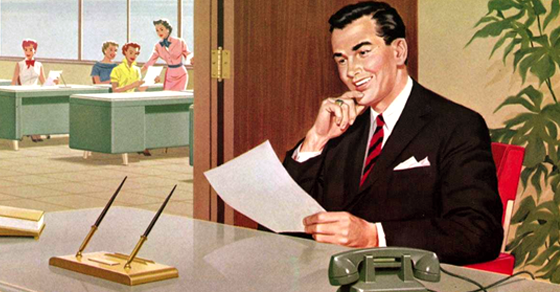 Some conservatives claim women are paid less because they just choose to work in low-paying jobs.

Why are women paid less than men?

Is it just because they choose to work in low-paying jobs?

As absurd as that sounds, that’s exactly what some conservatives claim.

Take former Conservative MP Joan Crockatt, who caused a stir last year when she suggested the gender pay gap could be explained away because women choose to work in low-paying jobs:

“Women are choosing professions that aren’t as high-paying, and some of that is completely understandable and by choice, but if women want higher paying jobs, those jobs are out there waiting for them … We know we have a shortage of skilled labour in this province. Hello women, there’s your opportunities.”

Other Conservatives have suggested if girls spent “more time studying” then “they too can qualify for high-paying jobs,” while some right-wing pundits claim “women choose safer, lower-paying” jobs while “men choose more dangerous, but better paying careers.”

Well, a new report from the Canadian Centre for Policy Alternatives shines a light on why those claims are pretty irrelevant to the issue of the gender pay gap.

Looking at data from Ontario in 2013, the CCPA shows women in Canada’s biggest province make 29.4% less than men – that’s 70.6 cents on the dollar compared to what men earn.

But more to the point: when you break male and female pay down by industry and occupation, level of education, age and income, the same gap still keeps showing up.

Except the data shows there’s a significant gap between what men and women earn in every industry and occupation: And although Crockatt suggested the pay gap could be solved by getting more women involved in skilled trades, the data shows men working in “trades, transportation and equipment operator” jobs earn much more than women.

The same pattern even plays out in fields dominated by women. And although there’s been a substantial increase in the number of women holding degrees since the 1990s, higher education and specialized skills don’t seem to close the pay gap either.

Although the data shows higher education tends to translate into higher earnings, the pay gap persists for women regardless of their level of education: So the gap isn’t being closed through higher levels of education or working in higher-paying industries, what about experience and seniority?

While the data shows women generally do see their earnings increase as their careers progress, the gap does not close with age. In fact, the gap actually gets wider. And it doesn’t appear to matter what income bracket women find themselves in either – the pay gap not only exists between men and women in every income bracket, the gap gets bigger the further up the income scale you go. So what does all of this point to instead?

“Gender pay inequality follows women wherever they work in Ontario’s labour market, despite their individual efforts to improve their situation. Women are being denied fair rewards in the labour market for their ongoing investments in education and deeper work experience. The pattern of unequal average earnings across all industries, occupational categories and sectors, its reach throughout women’s work lives, and despite higher education attainment, leads to the conclusion that systemic barriers persist for women in Ontario’s labour market.”

On the other hand, Toronto Mayor John Tory has suggested “young women” could “learn how to play golf.”

So, you know, there’s a couple of options to work with.