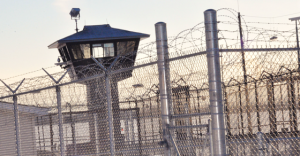 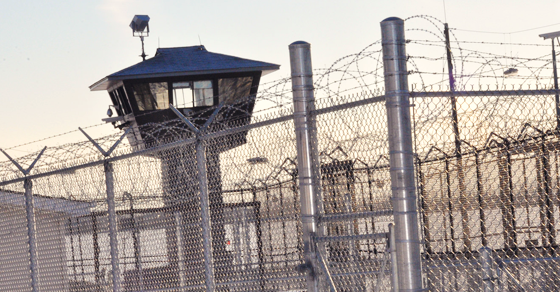 There is something seriously, seriously wrong with Ontario’s prison system

Adam Capay's story of being held in solitary confinement for over 1,500 days is only the tip of the iceberg.

How did Ontario’s prisons get this messed up?

Shock and outrage followed recent headlines detailing the treatment of Adam Capay, a 23-year-old indigenous man who was kept in solitary confinement for over 1,500 days – the United Nations considers anything more than 15-days to be torture.

In fact, Capay’s story is only the latest in a long line of extremely disturbing stories to emerge from Ontario’s prison system under the watch of Wynne’s Liberals.

Several cases in only the last few years suggest a pattern that raises serious questions about the role of Liberal ministers in a number of problems ranging from prison overcrowding to inadequate health care – not to mention human rights violations.

In 2013, the Ministry of Community Safety and Corrections’s own research showed nearly half of Ontario’s jails were overcrowded – with 14 of the province’s 29 jails holding more prisoners than they were designed for.

That same year, Ontario’s Ombudsman sounded the alarm on “brazen acts of violence” inflicted on inmates by prison guards and concluding that a widespread “code of silence” prevented guards from speaking out:

“Regardless of why they are incarcerated, inmates are human beings and they deserve respect, dignity and humane treatment.”

If that wasn’t bad enough, there are many other incidents that suggest Capay’s case is only the tip of the iceberg:

Earlier this year, multiple reports emerged that inmates at an Ottawa-area detention facility were forced to sleep on wet shower room floors because there wasn’t enough space in regular cells – inmates said they had to towel off the floors before they could lay their mattresses down.

“The ministry recently informed my office, however, that two shower cells in the segregation unit have been used as a last resort, where overcapacity issues made it necessary in the circumstances, to ensure the security of the institution… This practice is appalling‎, ‎completely unacceptable, and I have ordered its‎ immediate and permanent end.”

In May, Ontario Ombudsman Paul Dubé reported a “marked increase” in cases of inmates being held in solitary confinement for periods longer than 15 days.

While the government doesn’t keep track of how many inmates are placed in segregation, the watchdog found 1,677 segregation admissions in just five months of 2015 at the Ottawa-Carleton Detention Centre and the Central East Correctional Centres alone. His office has also received 557 complaints about segregation in provincial jails in the past three years.

Noting that solitary confinement can have “profoundly negative impacts on inmate health and welfare,” Dubé called on the government to abolish indefinite inmate segregation, with restrictions on segregation exceeding 15 days and an outright ban on keeping inmates in isolation longer than 60 days.

The 2014-2015 annual report from the federal Office of the Correctional Investigator found that 14 out of the 30 suicides in federal prisons between 2011 and 2014 took place in a segregation cell.

Earlier this year, the John Howard Society released a report calling on Ontario to address what it identified as serious health care deficiencies in the province’s jails:

Prison advocate Frances Cappe says that many prisons restrict the movement and work of healthcare professionals on security grounds and that many are too intimated too speak out despite prisoners’ health suffering as a result:

“I think it’s an incredible embarrassment to our country and to our province, that we can’t provide basic medical care to inmates… The entire system needs to be dismantled and reconstructed. That would be my solution – trash the whole system and start again.”

She said that some prisoners arrive with diseases or conditions ranging from epilepsy or high blood pressure to cancer, and that treatments and medication are sometimes withheld.