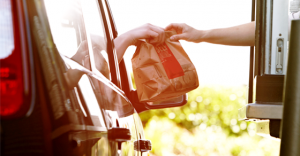 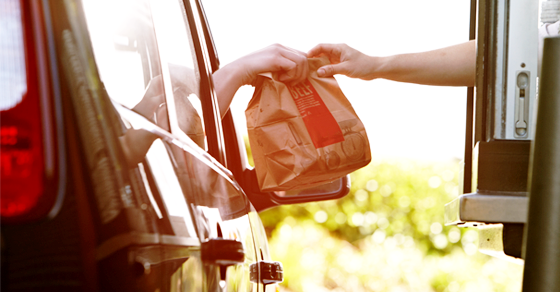 Meet the same group of out-of-touch lobbyists and right-wing politicians who dismissed those saying temporary foreign workers were being used to keep wages down the usual cast of out-of-touch business lobbyists and right-wing politicians are already gearing up for a fight! That will be interesting, of course, because many of the people who are fighting Alberta's $15 minimum wage today are the same people who not too long ago defended the Temporary Foreign Worker Program and dismissed those who said the program was being used to keep wages down.

Alberta’s lowest-paid workers will be getting a $1 per hour raise effective October 1st.

Not only that, but on Thursday the Alberta government laid out its plan for increasing the minimum wage to $15/hr by 2018.

That’s good news, because after decades of conservative mismanagement, Alberta was left with the highest rates of inequality in Canada.

Raising the minimum wage will go some way helping to reduce that inequality by putting money back into the pockets of roughly 300,000 of Alberta’s hardest-working people to cover their costs of living and restore their purchasing power – and as former US Secretary of Labor Robert Reich puts it, “the real job creators are people with money in their pockets.”

The bad news is the usual cast of out-of-touch business lobbyists and right-wing politicians are already gearing up for a fight!

That will be interesting, of course, because many of the people who are fighting Alberta’s $15 minimum wage today are the same people who not too long ago defended the Temporary Foreign Worker Program and dismissed those who said the program was being used to keep wages down.

Actually, 62% of Canadians said businesses “should raise wages for Canadians before being allowed to bring in workers from other countries,” according to an internal poll commissioned by a federal government.

The industry lobby group Restaurants Canada has already launched a campaign against raising the minimum wage.

Although their website claims they believe “wages need to keep up with the cost of living,” their spokesperson tells reporters the minimum wage isn’t supposed to be a living wage because most minimum wage workers are “teenagers” working for “job experience.”

But who cares about facts! Restaurants Canada is already saying “raising the minimum wage” is an “anti-jobs policy” that’s “difficult to absorb at any time,” and they predict “higher unemployment, especially for youth.”

Funny thing: only a few years ago Restaurants Canada boldly declared you could raise wages to to “a hundred bucks an hour” and restaurants would still need to import temporary foreign workers because Canadian workers (and, presumably, teenagers) don’t want jobs in restaurant kitchens – even if they’re paying $182,000 per year.

Another business lobby group, the Canadian Federation of Independent Business, has made an astounding prediction that raising the minimum wage will eliminate nearly 200,000 of Alberta’s roughly 300,000 jobs paying under $15/hr!

Fortunately, a number of experts in these sorts of things conclude CFIB’s analysis is “not credible.”

On the other hand, CFIB is usually against paying hard-working employees more.

CFIB was a lead voice opposing changes to the TFWP a few years ago, with CFIB president Dan Kelly claiming foreign workers bound to precarious contracts had a better “work ethic” than Canadian-born workers and dismissing calls to raise wages because working in restaurants and hotels are jobs “Canadians don’t really want to do themselves”:

As he explained to CBC Radio’s Cross Country Checkup, Kelly doesn’t want Canadians to “jump to the conclusion” that any fast food worker they spot with an “accent or a little bit of colour” is a temporary foreign worker – they could be a Canadian citizen!

Then there’s the Fraser Institute, Canada’s only charity working to make life more difficult for the poor.

Interestingly, it was also the Fraser Institute who produced a justification for the TFWP by producing reports claiming Alberta was suffering from a widespread labour shortage:

But according to Jason Kenney, who as Minister of Employment and Social Development oversaw the TFWP, what the Fraser Institute was really advocating was “cheap labour” and to “replicate the Gulf States’ labour market model.”

@milkemark But I would rather not replicate the Gulf States’ labour market model, thank-you very much.

@milkemark Nothing absurd about it. Yr approach of govt facilitating cheap labour is the reality in many places.I don’t want us to replicate

Speaking of Kenney, the possible future leader of the Alberta PCs is openly criticizing the idea of raising Alberta’s minimum wage.

It will be interesting to see how Kenney squares that with what he’s said previously about the TFWP and being so “distressed that wage rates have barely kept pace with inflation”:

“We expect Canadian employers to do better, to raise wages, to increase salaries and improve working conditions, to invest more in training, to increase labour force participation particularly amongst groups of our population who are underrepresented.”

Another interesting thing is under Kenney’s watch as Employment and Social Development Minister, one-in-four jobs created in Canada went to temporary foreign workers – plus one-in-five of those jobs were in the service industry.

It wasn’t so long ago that ex-Premier Jim Prentice said Alberta needed precarious, low-paid TFWs to support the province’s “red hot economy,” though he assured everyone this was not “about Alberta business people trying to underpay” because “that’s not what I’ve heard” – Prentice obviously hadn’t been watching the news.

Well, Tory leader Ric McIver warns raising the minimum wage will cause workers to be replaced by robots.

Meanwhile, over on that island from Lord of the Flies, the Wildrose Party’s lead critic on the issue claims the very idea of a minimum wage is inherently “communist”:

Current Wildrose leader Brian Jean voted against efforts to reform the TFWP and once rejected former Bank of Canada governor Mark Carney suggestion that the TFWP could suppress wages and added that a good thing about TFWs is “they will stay with you longer because of the necessity of a contract.”

Jean should know: although he now counts himself as a critic of the TFWP, he’s also admitted hiring TFWs for his own business under the same program.