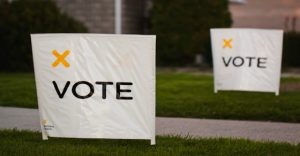 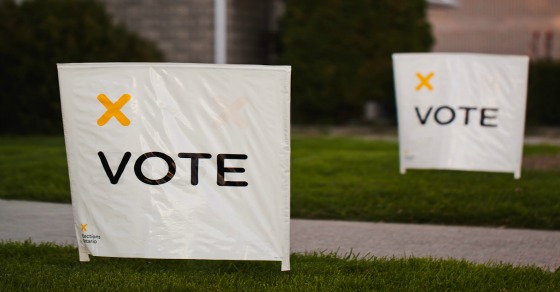 People who live in glass houses...

People who live in glass houses…

The Conservatives continue to insist that any change to Canada’s electoral system requires a referendum.

“When you change the rules of democracy, everyone gets to have a say”, says interim leader Rona Ambrose. “If the Liberals want to make a fundamental change to our country’s voting system, the process must not be dominated by one political party’s interests.”

Let’s review all the times the Conservatives changed the rules of Canadian democracy without a referendum, shall we?

Eliminating the per vote subsidy

After winning a majority in 2011, the Conservatives introduced the “Keeping Canada’s Economy and Jobs Growing Act”, slipping in changes to the Elections Act that eliminated Canada’s per-vote subsidy which awarded parties $2 for every vote they received.

Critics were quick to point out that opposition parties stood to lose the most from the change.

Adding seats to the House of Commons

Bill C-20, passed in December 2011, legislated a new formula for determining the number of MPs each province would get and the House of Commons grew from 308 to 338 seats.

At the time, critics worried that the new seats would mostly appear in Conservative strongholds.

When it comes to changing Canadian democracy without consulting people, this one takes the cake.

The Orwellian “Fair Elections Act” represented a significant overhaul of the way Canadian elections would be run. Its changes were extensive, but here are a few, um, highlights:

Critics pointed out that the changes to ID rules in particular would make it more difficult for First Nations, youth, and people living in poverty to vote.

The Conservatives not only failed to consult Elections Canada but rammed the bill through Parliament without serious debate.

How quickly some things are forgotten…