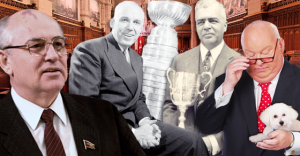 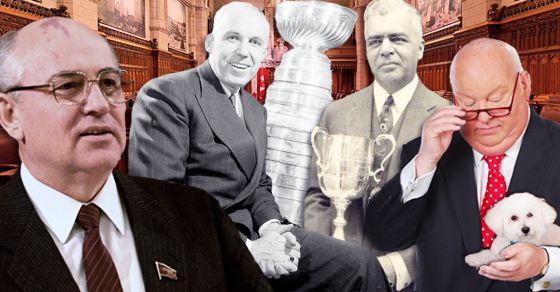 The Senate sure is getting a bad rap these days.

Maybe that’s because details of Auditor General Michael Ferguson’s scathing audit, to be officially released next week, are leaking out — and they’re devastating.

The audit flags 21 cases of improper spending by Senators, including the three most powerful leaders in the Senate for the Liberals and Conservatives. The trio just happened to take control of the committee responsible for responding to the audit “shortly after they would have been alerted to being flagged in the report.”

Nine other cases have been referred to the RCMP, including seven affiliated with the Liberals and two Conservative Senate appointees.

Or maybe it’s because suspended Conservative Senator Mike Duffy is currently on trial, fighting 31 charges of fraud, breach of trust and bribery related to a $90,000 cheque from the Prime Minister’s former chief of staff, Nigel Wright.

Or maybe it’s because of all the failed candidates and party bagmen appointed to do partisan work on the public dime.

But are these just blips in an otherwise proud history of a distinguished institution?

Reaching back to the Golden Age of our hallowed Upper Chamber, here is list of key moments showing just how proud we can be of this shining beacon of sobriety amidst the drunken mob.

1864: Canada’s future Prime Minister John A. MacDonald visits the Quebec Conference to discuss Confederation. In making the case for an appointed Upper House with a property requirement as a check on the elected House of Commons, MacDonald tells visiting delegates: “We must protect the rights of minorities, and the rich are always fewer in number than the poor.”

1930: Seeking to secure a government license for a lucrative hydroelectric project, Beauharnois board chair (and Liberal Senator) Wilfred McDougald leverages his influence to ensure the project goes ahead. As a thank you, the company offers him kickbacks in the form of insider stock opportunities and pours money into the Liberal campaign coffers. A second Liberal Senator, Andrew Haydn, also takes kickbacks from Beauharnois. In gratitude for his Senator’s help, Beauharnois provides Prime Minister Mackenzie King with an all expenses paid trip to Bermuda. (McDougald resigned in 1932 over the Beauharnois scandal.) 1976: NHL President Clarence Campbell and a director at Sky Shops is convicted of paying a $75,000 bribe to Senator Louis Giguere in exchange for a renewal of the companies licenses at Dorval Airport.

Early 1980s: Mikhail Gorbachev, a member of the Soviet Politburo, is given a tour of Parliament Hill by Minister of Agriculture Eugene Whelan. Bemused at the existence of the Senate, the visiting representative from the one-party communist dictatorship asks a confused Whelan how the citizens of a democratic country “could put up with legislators who were appointed for life?” 1984: Before leaving office, Pierre Trudeau forces his successor John Turner to commit in writing to a bonfire of patronage appointments, including several sitting MPs, to the Upper Chamber. Not wanting to alienate an important faction of his party, Turner does not cancel the appointments and is chastised by Brian Mulroney. After winning the election, Mulroney goes on to appoint some 57 Senators.

2004: Opposition Leader Stephen Harper announces: “I will never appoint people to the Senate. Anyone who sits in the Parliament of Canada must be elected by the people they represent.” Prime Minister Harper goes on to appoint 59 Senators, including 10 defeated Conservative candidates.

2006: Senator Raymond Lavigne is suspended from the Liberal caucus after inappropriate expense claims, allegedly having used $24,000 in public money to pay for work on his estate. The following year, even as the RCMP further investigates his expenses, Lavigne continues to collect a salary and claims travel and hospitality money courtesy of the taxpayer. (Lavigne was eventually convicted of fraud and breach of trust.)

2013: Liberal Senator Mac Harb resigns in the midst of an investigation into inappropriate expense claims totalling more than $200,000. Harb, charged with fraud and breach of trust, pays back $180,000, explaining, “It was never about the money.” His taxpayer-funded pension is estimated to be worth around $123,000 a year for the rest of his life — to come in handy as Harb’s case heads to trial in August.

Given its recent history, Canadians might be forgiven for thinking their Senate is something other than a glistening monument to integrity and sobriety.

But, as its past clearly shows, the Senate has effectively lived up to the noble mission its founders intended it to fulfill.