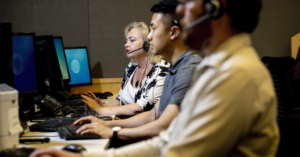 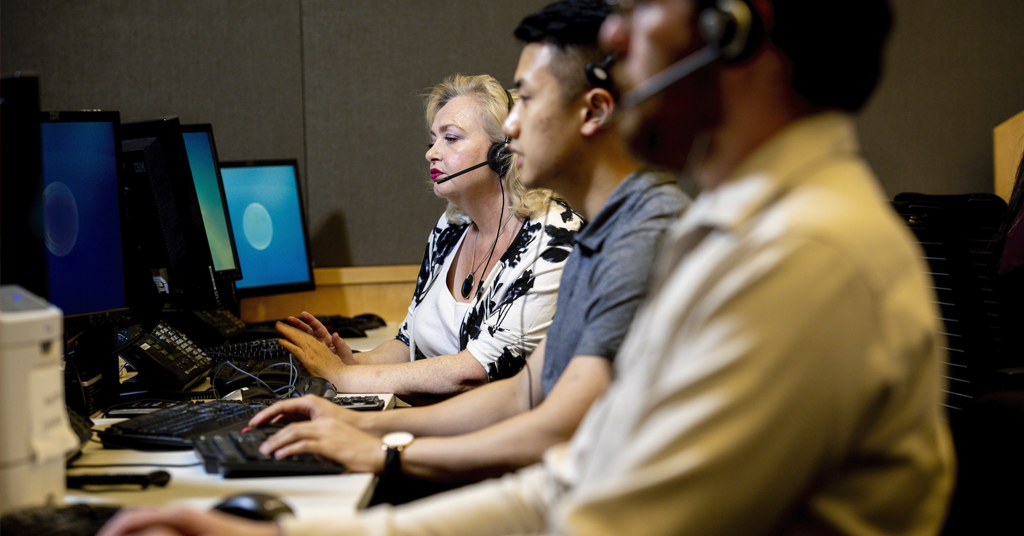 ‘The System is Going to Fail’: 911 Operators Say BC is Reaching a Critical Breaking Point

911 operators in British Colubmia are sounding the alarm over what they’re calling a critical breaking point in BC’s emergency communications network.

The Emergency Communications Professionals of BC have started an online petition and social media campaign that has gained broad support, raising awareness about 911 call wait times across the province.

While BC’s healthcare system teeters on the edge of failing, ECPBC says that the 911 service is understaffed and overloaded – and could very well be close to failing as well.

“People don’t know that there’s a crisis at 911 until they pick up the phone and they dial and they end up with a recorded announcement, which is an awful feeling for anyone that’s in a time of crisis.”

@ecpbc911 When crisis hits – we’ll be there for you – but we need your help to do that. #SecondsCount #911 #911dispatcher #911whatsyouremergency #britishcolumbia #bccanada #bcpoli #vancouver #vancouverbc #victoriabc #vicbc #vancity #weare911 ♬ original sound – ECPBC911

Grant says it is an “invisible service” that most people don’t realize is essential to BC’s emergency response.

ECPBC represents nearly 700 police and fire call takers, dispatchers and information technology support staff that take the initial 911 call for 99% of the province of British Columbia.

“Throughout the last eight years, we’ve been seeing the staffing levels not keeping up with the call volumes that are coming in,” said Grant.

“When I started about eight years ago, it would be a rarity to see call waits of five to 10 seconds, and now on a regular basis, receive and reach up to five minutes.”

Grant adds that as soon as call-takers log on and throughout their 12-hour shifts, they can expect to be inundated with phone calls, sometimes causing staff to skip breaks or bathroom breaks, and take on forced overtime.

“As soon as we disconnect with that first emergency call of the day, this computer software will drive the next call into our ear immediately to save those essential seconds for people when people’s lives are on the line,” he said.

“So essentially, for that full 12 hour shift, typically people are running without breaks.”

Grant said that right now, the system is funded through a reactionary funding formula given that they are funded by more than “two dozen government organizations, including regional districts and municipalities”

A 2021 evaluation from Price Waterhouse Cooper showed that an 80% increase in call takers was required to keep up with service demands.

According to the report, “funding is based on past usage, which doesn’t account for costs rising at above-inflationary levels. Nor does it provide a necessary cushion needed for high-demand situations.”

Grant added 911 services are a “base level public service” that cannot be underfunded or understaffed.

“Unfortunately, we haven’t been able to realize that increase in staffing levels because it has been a struggle to get funding. On top of that, we have an uncompetitive compensation package which results in an outflow of our experienced 911 operators,” said Grant.

“We don’t have uniforms, we show up to work. We’re just normal people everyday trying to make a difference.”

Akash Gill, who is the recording secretary for CUPE 8911 has been using TikTok to raise awareness for what is happening with the 911 system in BC.

“This crisis is sort of coming to a point where the system is going to fail,” Gill said.

“We almost saw our system fail last year while we have the climate crisis, the heatwaves, and then the flooding. We’re very much at a point where we need to fix something or the system will fail the next time we have a major event.”

Gill said that many staff members are experiencing burnout, in many cases being forced to choose between caring for themselves, or answering the next call in order to save precious seconds.

Gill also added that dispatchers used to stay on the line with callers until they were able to be patched through to the next call-taker for the service they were looking for – police, fire or ambulance.

But due to service backlogs and staffing shortages, this is no longer the case.

“Nobody else is listening while that person is waiting,” Gill said.

Gill recounts a situation where a family called in to report a missing child. She had asked them what the delay was in calling in and they told her that they had called right away, but were left waiting on hold.

“That, in itself, had me almost in tears at my desk,” Gill added.

“This parent is absolutely doing everything they can and wanting to keep their child safe and make sure their child is okay, they’re doing what they’ve been taught to do when emergencies happen—they’re calling in on 911, and we weren’t able to support them as well as we should have been.”

Gill said that the mental health of operators is being impacted, not just from frustration from callers—which she says is understandable—but also due to staffing shortages, forced overtime, burnout, and dealing with high stakes situations with little pause.

“As somebody who answers calls all the time, I’m sitting there thinking, look at how many of us there are on the floor tonight. If something major were to happen, we would not be able to handle the calls as they come in,” she said.

The EPCBC’s petition now has over 11,000 signatures.