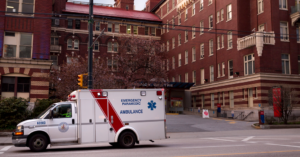 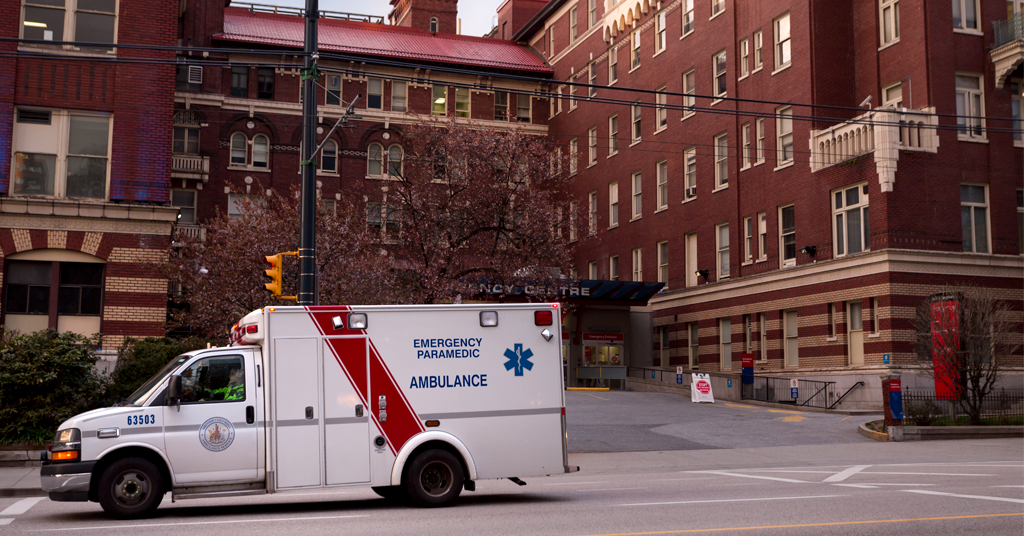 BC’s healthcare system is currently in a state of disarray

Recent ER closures, ambulance shortages and medical staffing shortages across BC are exacerbating the crisis that is taking a toll on health care workers in the province.

According to a poll from the Hospital Employees Union in BC, three-quarters of healthcare workers say they’ve “experienced pandemic-related burnout” and one-in-three say they are “likely to leave health care in the next two years.”

“It’s a really, really alarming situation. And it’s putting frontline workers under a lot of stress.”

With the provincial government ending its current fiscal year with a $1.3 billion surplus, the HEU recently suggested some of that be spent addressing the ongoing staffing shortages in the healthcare sector.

Aman Grewal, president of the BC Nurses Union, said nursing shortages have led to emergency room closures in small communities across the province.

“If you look at all the rural communities that have had closures recently, and just to name a few Merritt, Port Hardy, Alert Bay, Clearwater, and just recently in Oliver as well—if you are having a closure, then that patient is now being redirected to another community,” Grewal told PressProgress.

“On top of all of that, we have the issue with the ambulance service, with the shortages that they have. And we’ve heard in Ashcroft now that there’s been two deaths of patients. There was no ambulance available, the emergency room was closed, and sadly, two people have passed away.”

Most recently, an infant in Barriere, BC died on August 28 after no ambulance or paramedics were available to respond to a call about a baby under 12 months going into cardiac arrest.

“The closest available ambulance was immediately dispatched, and local firefighters were requested to assist,” said Lesley Pritchard, a spokesperson with the BC Emergency Health Services told PressProgress.

Pritchard added that despite “significant investments” to paramedic and dispatch staffing since 2021, they continue to face staffing shortages due to recruitment challenges and vacancies around the province.

Troy Clifford, President of Ambulance Paramedics of BC, said his union is working to address the province-wide staffing crisis, particularly in rural areas in BC.

“It’s heartbreaking to hear reports that an ambulance and paramedics were not immediately available in someone’s time of need,” Clifford told PressProgress.

“This is easily one of the worst situations anyone can imagine.”

But the shortages are taking place at all levels of the system.

Grewal said nursing shortages are leading to a situation where the quality of care is impacted and all health workers are left stretched too thin.

“Nurses are being mandated to stay longer on their shifts, they are not allowed to go home because there’s nobody to replace them,” Grewal said, adding nurses are coming in on their days off to avoid having their ERs shutdown, while others work 16 to 24 hour shifts in the acute care system.

Citing increased workloads, unprecedented burnout and aggression from patients, a growing number of nurses say they are considering leaving the profession altogether.

Walter Lo, an emergency room nurse at Surrey Memorial Hospital for 27 years, is one of those workers. He says he retired a few months ago because the burnout and stress caused him to go into a deep depression.

“I never experienced such burnout in my life or in my career. It was to the extent that it affected my sleep. Even my family noticed the change, I was so withdrawn and so irritable,” Lo told PressProgress.

Lo tried to request a transfer away from working in the emergency department because he “couldn’t carry on anymore,” but his request was denied due to the shortage of critical care nurses.

By that point, Lo says it was all too much.

“I ended up having to see a psychologist, I had to be on medication. I was on long-term disability because of that—because of the depression and stress.”

In the last two years, he says the volume of patients and the acuity of their needs have increased tenfold, and that the system – and health workers – were simply unprepared.

Nurses were expected to see patient after patient, with no chance to debrief, even as some died alone due to COVID restrictions. It was nothing like what he had seen in 27 years.

Lo added that the loss of nurses to other areas during the pandemic (like virtual health services, contract tracing, testing and administering vaccinations) only exacerbated the shortages on the front lines, leading to a situation where senior, trained nurses leave acute care for other areas of healthcare – something that leaves newly trained nurses on the frontline while patient volumes are at an all time high.

At Surrey Memorial, Lo said the emergency department is only designed to handle 60 patients at a time.

“We constantly have over 100 admitted patients stuck in emergency. So on top of that, we have to handle 600 new patients every day,” he said.

“It was very depressing.”

Shelly, a recent nursing grad who is considering leaving the profession after just one year, spoke to PressProgress about what she says is a failing system.

Shelly has worked in the emergency department at two hospitals in the Lower Mainland since graduating in 2021. But as the pandemic progressed, Shelly says nurses have been facing staffing shortages as well as limited time and resources.

“We have a baseline of about 40 nurses, [and] sometimes we’re 20 nurses short from our baseline. That’s like 50% of our baseline nursing staff,” Shelly said, adding this leads to an increase in the nurse to patient ratio and impacts the quality of care being provided.

The nurse to patient ratio when Shelly first started was one nurse to four patients, but recently, it has gone up to as high as one nurse to six patients. Within the acute side of the emergency department, the ratio was one to three, but now they are working a ratio of one to five.

“You try not to obviously let it impact patient care, but it also impacts patient care, it leads to further burnout, it makes it really challenging to balance both the emotional care that you need to provide to patients as physical care, because you become almost task-oriented.”

The burnout, mixed with increased aggression from patients is leading Shelly to consider leaving the field after just one year.

“I love my job. I love everything about my job. I can’t imagine being in another field, but I am considering going back to school or doing something where I transition within healthcare so I’m not necessarily doing bed-side nursing,” she said.

“It’s really unfortunate, but I think a lot of people are somewhere along the same lines and they’re also in a place where they’re considering that maybe this wasn’t the right choice.”

Shelly has seen many of her fellow nurses transition into private clinics or beauty and cosmetology in search of a better work-life balance.

Fraser Health has a “fatigue policy” that was revised in 2020 to place limitations on how many hours or shifts staff can work in a week. Pre-pandemic, management would not let nurses break the policy for the safety of staff and patients.

“But with the pandemic, there’s been times where we’ve been breaking the fatigue policy so that we can have just enough staff to make the department work,” said Shelly.

This, Shelly added, is leading to unprecedented levels of burnout.

“In my first year of nursing, I had a very senior instructor tell us that when you graduate, one in five nurses leave nursing within the first five years in their field, and they really emphasize like this was pre-pandemic, too,” Shelly said.

Now, the number is likely far greater, and Shelly said the burnout is impacting her outside of her workplace.

“You stop caring for yourself because you’re so focused on caring for others.”

A crisis in primary care, a shortage of family doctors and language and cultural barriers, lead to an influx of patients in the emergency department, putting further strains on already limited resources.

“They don’t necessarily need to be in the emergency department and they’re waiting (up to) 10 hours, (and) that also causes other people to wait 10 hours. It really impacts your belief in the healthcare system. It really makes you question whether you’re doing the right thing being in this career.”

The BC Government just announced support for family doctors as well as bursaries for care aids, but Grewal says that more efforts need to be taken to retain nurses, because at all levels—the system is failing.

“Our community nurses are having to defer patients and those patients keep on getting deferred and deferred until it comes to the point where they’re too sick and then now they have to come into acute care. That’s a burden on the system that’s created because of the shortage.”

Old says that in order to retain existing workers and alleviate the pressure on the system, conditions must be improved in order to create a more manageable workload.

“We also need a way to give workers a voice and (make) changes to their shifts in ways that help them have more work-life balance,” Old told PressProgress.

“It takes a while to train healthcare workers (but) in the short term, we can make some gains at the bargaining table that may make healthcare a more attractive choice for people, and that will encourage folks who are in the system to hang on.”