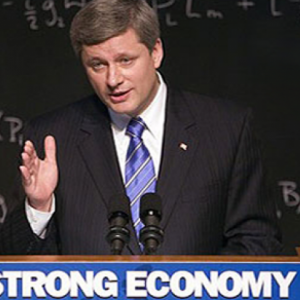 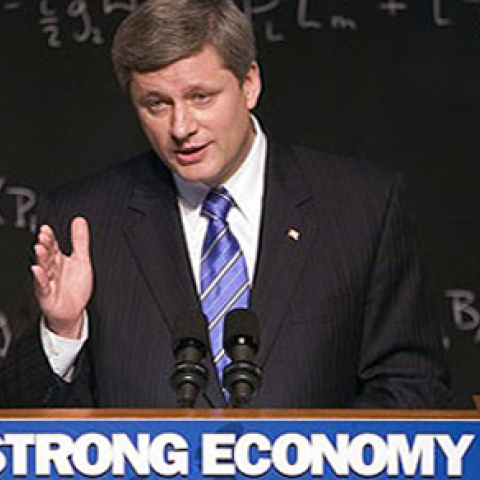 …And now back to the economy. With Harper’s Conservatives cranking up the dial on over-the-top rhetoric on national security and a weird digression into issues of race and culture, Canada’s weakening economy has managed to dodge the attention it would have generated otherwise. Now we know why: things aren’t looking good.  Falling oil prices have […]

…And now back to the economy.

With Harper’s Conservatives cranking up the dial on over-the-top rhetoric on national security and a weird digression into issues of race and culture, Canada’s weakening economy has managed to dodge the attention it would have generated otherwise.

Falling oil prices have exposed the fragility of Canada’s economy (as well as the risk in Harper’s strategy of putting all his eggs in the oil basket). With Harper’s house of economic cards beginning to look unstable, and given his reluctance to stimulate growth, Canada’s economy appears headed for a “prolonged period of misery.”

Here’s the news you may have missed:

1. Unemployment is on the rise across the country Alberta’s unemployment rate rose 0.8% to 5.8% — the province’s highest jobless rate since 2011. Meanwhile, a newly released forecast by construction industry association Buildforce is projecting three years of job losses in that sector — with an expected 20,000 jobs lost before the industry rebounds in 2018.

Nationally, the number of Canadians with a job dropped 0.1% while the unemployment rate rose 0.2% to 6.8%. However, Laurentian University economics professor Louis-Philippe Rochon points out that when you factor in participation rates, “Canada’s real unemployment rate would be closer to 9 per cent today.”

CIBC forecasts “the peak in the national unemployment rate arriving toward the middle of the year.”

2. The depth of job losses have been significant


3. The quality of Canadian jobs is in decline

And when you compare recent job losses with the quality of jobs in recent years, things start to look even more precarious. 4. Canadian manufacturing jobs have plummeted to near record lows 5. Women dropped out of the labour force in record numbers last year

Meanwhile, Canada ended 2014 with the largest number of women dropping out of the workforce since the early 1990s recession: In a CIBC World Markets report that warns the “worst is yet to come,” economist Nick Exarhos says “oil’s impact is already being felt,” but “with the brunt of layoffs in the oil patch still coming, we’ll surely trend higher in Alberta’s unemployment figures this year.”

That’s echoed by Bank of Montreal senior economist Sal Guatieri who says “the worst is still to come,” and suggests Alberta and Newfoundland “will take the brunt of the hit.”

“Growth likely slowed to 1% in Q1, as lower oil prices led to the second largest shortfall in the goods trade balance on record in January,” Guatieri writes. “A reduction in energy-sector investment could slash non-residential investment by 8% this year.”