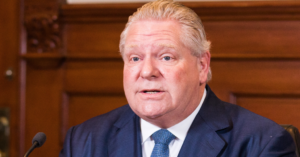 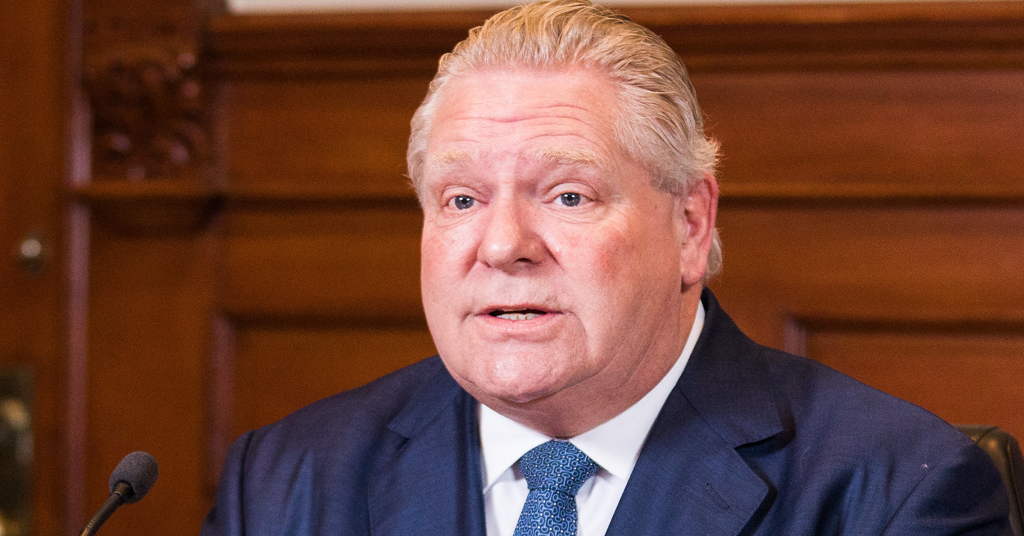 Yesterday, Ontario’s Ministry of Education tabled its first offer to Ontario’s school support staff in its current round of negotiations with the eight unions representing education workers.

Countering the union’s demand for a $3.25 hourly increase, the government’s offer includes a 2% average wage increase for members earning under $40,000 per year and 1.25% for the majority of members earning over $40,000. Both are well below the rate of inflation.

The government’s offer also cuts short-term disability pay from 90% to 25% for the first five days and includes an application process for the benefit.

“The current 11 sick leave days and 120-day short-term disability plan needs to be sustainable to remain viable on an ongoing basis,” the proposal reads. It suggests making workers apply  for the “STDLP paid at 90%”  and making it “subject to a five-day waiting period paid at 25%.”

On Tuesday, August 2, we presented a full package of bargaining proposals in an effort to push the Ford government to get a fair deal done before September. Please see summary and for the full package at:https://t.co/rmxRS9i00V#EducationWorkersTogether pic.twitter.com/fbEvHEfUsk

Laura Walton, President of CUPE’s Ontario School Board Council of Unions (OSBCU) said the pay cut works out to about $800 per year on average. And the benefit cut is also troubling.

“Imagine seeing your paycheque lag far behind the cost of living, having to go on short term disability, and then only getting a quarter of your week’s pay,” Walton told PressProgress. “Education workers deserve so much better than this.”

“And that’s not to mention the many people who either won’t bother to go through the new application process or will be wrongly denied by the employer, a completely unnecessary barrier that people who need support can do without.”

In a brief to members, CUPE researcher Dan Crow noted that with inflation expected to hit 7.2% this year, 4.6% next year and 2.3% in 2024, the government’s offer represents a clear cut. Crow addedthat since 2012, at the same time as prices have risen 19.5%, wages for education workers have failed to keep pace, rising only 8.8%, largely due to legislated wage cuts both by Ford’s Ontario PCs and the Ontario Liberals before them.

While a spokesperson for the Ontario Public School Board Association confirmed there is no longer a “legislated wage cap” in place for this round of bargaining, they declined to speak to why the offer is below the rate of inflation.

“This is a complex process with many things going on at once,” the OPSBA told PressProgress.

To promote the agreement, Lecce remarked to the Toronto Star that the union’s proposal for a $3.25 hourly increase per year would make their compensation package “the equivalent of the entire ministry of colleges and universities budget — it is the entire budget of the province of Saskatchewan.”

A research document from OSBCU noted this is not true.

The total cost of CUPE education workers’ wages is less than $2.2 billion. The 2022-23 Saskatchewan budget projected spending of $17.6 billion and the K-12 budget is $2.9 billion – in a province with just over 1 million people, compared to Ontario’s 14 million.

The budget for the Ministry of Colleges and Universities is $10.8 billion, all of which are well above the wage bill for school support staff.

In a statement to the Toronto Sun, Lecce’s office claimed: “The CUPE proposal sets expectations for the other eight tables we’re negotiating with.”

However, none of the other unions have put forward an offer.

“Since 2012, education workers have had to deal with a cut to their real wages,” OSSTF/FEESO President Karen Littlewood told PressProgress.

“The Ford government would like you to believe that everyone who works in the public education system is paid too much,” Littlewood added. “The average wage of OSSTF/FEESO education workers, such as educational assistants, early childhood educators, and office and clerical workers, is around $45,000 a year. Many of these workers need to rely on a second or third job just to get by.”

“Education workers are frontline workers. They helped keep our schools open and students safe throughout the pandemic and they deserve our respect and a fair wage. Otherwise, we will see a similar staffing crisis in education as we are seeing right now in healthcare.”