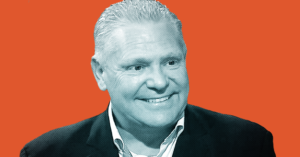 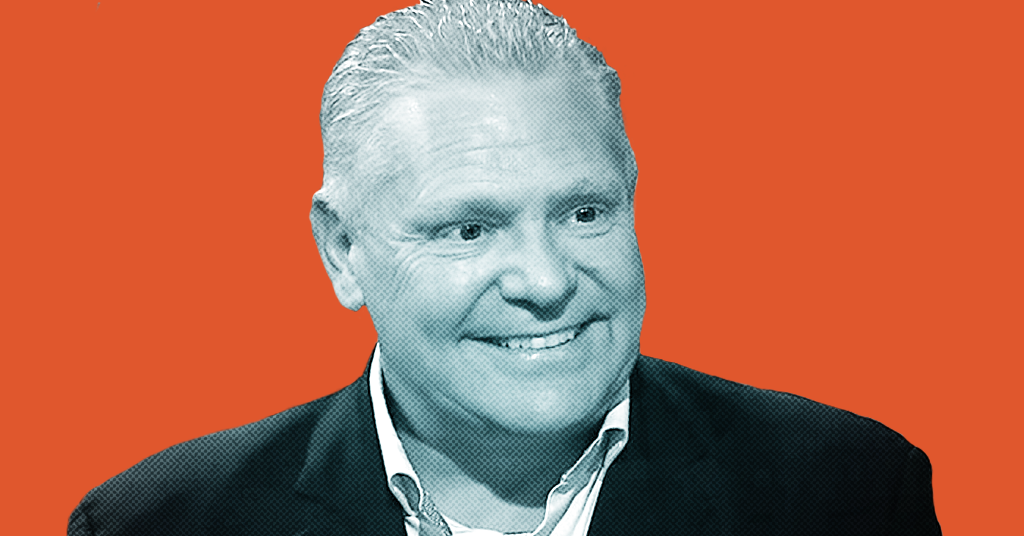 Sorry, Ontario: Doug Ford’s ‘Buck-a-Beer’ Plan is a Cheap Gimmick That Won’t Give You $1 Beer

Ontario Premier Doug Ford says he’s going to lower the price of beer to one dollar, but nearly everyone agrees that will probably never happen.

But on second glance, Ford’s $1 beer plan is even more meaningless than you think.

The buck-a-beer policy is among the stupidest, most pointless, symbolic-do-nothing-at-best, hey-dadbod-randy-and-your-backyard-bbq moves I’ve ever seen a government make. It’s suburban identity politics on huffed glue.

For one thing, Ford’s $1 beer plan does not actually require retailers to change the price of beer.

What Ford’s government has done is change a regulation that sets the minimum price retailers are allowed to sell beer from $1.25 to $1.00 for 355 ml cans or bottles of beer – beer retailers can still sell beer at any price they see fit, as they always have.

And it’s highly unlikely beer companies will start selling beer for $1 now. Ontario’s Craft Brewers association confirms no breweries in the province currently sell beer at the current minimum price of $1.25, meaning they are even less likely to sell beer for $1.

“Nobody was selling beer at the price floor when it was $1.25,” Ottawa’s Beyond the Pale recently noted. “None of the craft brewers are going to be selling it at a dollar now.”

Burlington’s Nickel Brook Brewing pointed out “no one in Ontario … can possibly afford to sell their beer at that price and make any money.”

Other breweries say $1 beer would lower the quality of their beer and prevent them from expanding their businesses or creating good paying jobs for their workers.

And with the Trump administration’s recent tariffs on aluminum threatening to increase the cost of beer cans, Ford’s $1 beer plan means asking brewers to sell their products at a loss.

Because it is unlikely breweries can afford to sell their product at bargain basement prices, Ford is now offering to subsidize companies that sell $1 beer, a plan that could cost the province hundreds of thousands of dollars in lost revenue.

Here’s how local craft breweries across Ontario are reacting to Ford’s $1 beer plan:

Our brewery will not be joining this #buckabeer race to the bottom. We are committed to making a quality product that we are proud to serve and that means it will always cost more. We firmly believe that you really do get what you pay for. #qualitymatters #craftbeer

“We’ve decided to respond to Ontario’s buck-a-beer challenge in our own way…” @dominioncitybc will donate $1 for each Dominion City Buck-A-Beer Blonde sold to helping refugees build new lives in Ottawa.
The real Ontario shining through. Looks like I’ve got some drinking to do. pic.twitter.com/TbqXh7gFTL

We’ve had a lot of questions the last day or two about #BuckABeer, and as to why we don’t support it. In short, the Buck A Beer program is bad for small Ontario breweries. We explain why here: https://t.co/AyZBd68Lkq pic.twitter.com/cFma6PW80G

We don’t tweet all that often, but we’ll add our two cents and say we can’t make good, decent, or even passable beer for a buck, let alone pay our rent and our guys. Even the province’s large, foreign-owned breweries don’t sell at the current floor of $1.25. #ONPoli #BuckABeer

We place a high precedent on quality and freshness in our beer, and we choose to support the team of 130 that makes it all happen with @OnLivingwage. This and more mean we will not be pursuing the #BuckABeer program. https://t.co/9B3TfONfnL pic.twitter.com/JhevA6Md4H

Nickel Brook will not take part in the proposed “buck a beer” plan. We’ve always been about quality & don’t aim to change that now, or ever. We have no intention in joining a race to the bottom. We stand with our fellow craft brewers in opposing this gimmick by Ford.

Like every other reputable brewery in this lovely province, we take pride in producing a high quality product and our customers expect nothing less. Rainhard will never be affiliated #BuckABeer outside of talking about how stupid it is. #onpoli

Screw @fordnation with this BS $1 beer plan. Literally the only breweries that could afford this are swill level international & domestic big brands! I cant make a beer for a dollar let alone make profit. You want to introduce competition? Allow us to have our own retail stores!

We got into this for the love of craft. We are driven by strong values and ethics, do honest work, every day of the week, and put out an honest product. Brewing is costly, but we don’t compromise on ingredients. Profit margins are low, but we’re ok with that. #1 pic.twitter.com/B3hE4qRWo8

We are an all-natural product, made using authentic brewing methods which places us in a premium beer segment. At this time, we are not offering a “buck a beer” to ensure the quality and values of our product.

Hey @fordnation, want to provide a subsidy to breweries in Ontario? Here are a few ideas of better things to subsidize than $1 beer (feel free to add on…)….

Here we are! “For the record. No. We will not be participating in the buck-a-beer challenge. It’s a nonsensical proposition. Can we take the politics out of beer and get back to drinking it?” – Steve Beauchesne

It’s almost as if “buck-a-beer” only works as a gimmicky campaign slogan.