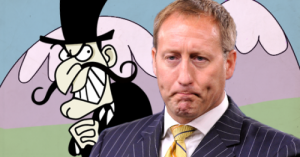 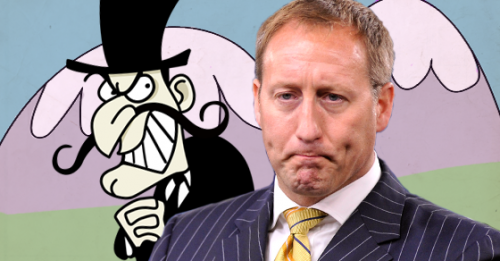 So long! A tribute to Peter MacKay’s 6 worst moments

Peter MacKay is exiting politics, leaving a gaping hole in the lives of Canadians who've enjoyed watching him put his foot in his mouth. We countdown his worst moments.

Justice Minister Peter MacKay is exiting politics, leaving a gaping hole in the Harper government — and in the lives of Canadians who’ve enjoyed watching him put his foot in his mouth. Again and again and again.

In honour of MacKay’s imminent departure from federal politics, here is a countdown of the Tory minister’s greatest gaffes, fumbles and bumbles.

1. Appointing his friends, wedding guests and donors as judges How are MacKay’s lawyer buddies in Nova Scotia supposed to find work anymore?

Several judges appointed during MacKay’s time as Justice Minister happened to have close ties to MacKay (Dal Law ’91) and the Conservative Party of Canada. In fact, one appointee was MacKay’s best man at his wedding! Without more of MacKay’s poorly-crafted legislation to knock down, maybe the Supreme Court is going to have a lot more free time on its hands.

MacKay’s tenure has become known for a “decline in evidence-based lawmaking.” The Harper government’s “tough-on-crime” legislation has a history of being struck down or undermined by the courts — most often by Canada’s top court.

And his recent “life without parole bill” is also expected to face a legal challenge.

At least we won’t have to listen to anymore of MacKay trying to defend his record:

“Canadians can rest assured that we draft our legislation to ensure it is compliant with the Canadian Constitution.”

3. That time he said homeless should sell property to pay court fines In 2013, MacKay infamously said that, if they’re convicted of an offence, homeless people should sell off “a bit of property” to come up with the cash to pay the Tories’ new mandatory victim surcharge.

Judges around the country have been finding creative ways to ignore this Conservative provision since it was enshrined in law — and an Ontario Court justice struck it down in 2014 as unconstitutional. The law removed a judge’s discretion to waive victims’ services fees if an offender can’t afford to pay the penalty.

4. Posing for controversial pictures with the National Firearms Association The good news! MacKay will soon be able to wear all the sweaters emblazoned with guns and freedom slogans that he wants!

“PETER MCKAY [SIC] BELIEVES IN FREEDOM!” was the heading of an infamous post on the NFA Facebook page that accompanied a snapshot of a smiling MacKay wearing an NFA T-shirt with the group’s logo and slogan: a silhouette of a rifle that appears to have gotten itself lodged into a maple leaf with the slogan “no compromise,” echoing the rhetoric of the NRA in the U.S..

Is it possible the Justice Minister didn’t know the group wants Canada’s Firearms Act and related statutes repealed? That information was right next to his posted photo.

“They simply aren’t applying,” the Justice Minister once famously said when asked why there aren’t more female judges sitting on a federal court bench. His comments at a meeting of the Ontario Bar Association’s council were described as a “disappointing,” “bizarre,” “frustrating” and “offensive” explanation of why more women aren’t appointed.

In his answer, MacKay also managed to ignore part of a question about a lack of visible minorities on the bench.

At least his female staff won’t have to worry about getting his patronizing Mother’s Day messages anymore.

6. Hailing a government military helicopter to fly him home from vacation

MacKay may miss the transit perks of his job the most — even when they do land him in hot water. Who can forget the time he requested use of a military helicopter to cut down his trip to the airport?