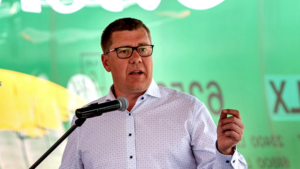 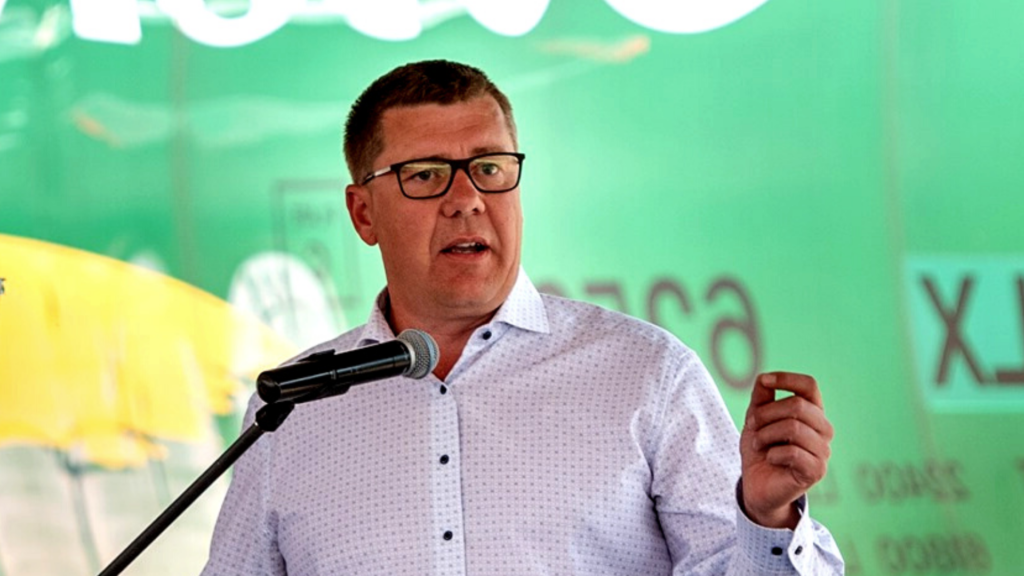 The report, Big Oil in City Hall: Climate and Energy Politics in the Queen City, interviewed several city councillors and obtained emails that showed the scope of the campaign – led by conservative politicians and the oil industry – to block the motion from passing in January 2021.

One CEO told PressProgress he would have considered moving his company out of Regina had it passed. https://t.co/fwUR7zONd1 #skpoli #cdnpoli

Simon Enoch, director of the CCPA Saskatchewan office, says documenting the backlash against this motion may help predict how future conflicts over more ambitious climate policies might play out.

“We really need the public to recognize climate change as a political problem,” Enoch told PressProgress. “There are political actors that have an awful lot of economic, political and cultural power, that are trying to prevent us from getting to where we need to be – or at least slowing us down, which is, at the end of the day, probably the same result.”

The first draft of the Regina council’s sponsorship policy restricted several industries from public naming rights, including alcohol, tobacco, weapons and cannabis. Ward 6 Councillor Dan LeBlanc put forward an amendment to include the fossil fuel industry, in order to align with the city’s plan to become carbon neutral by 2050.

The motion was set to pass until Saskatchewan Premier Scott Moe issued a tweet threatening to pull $33 million in Crown funding from the City of Regina if the “absurd motion” wasn’t withdrawn.

Regina City Council’s Executive Committee has passed an absurd motion that would restrict energy companies from sponsoring or advertising with the City of Regina. I commend Mayor Sandra Masters and the three other Councillors for voting against this.

Moe also promoted a letter campaign organized by the Regina Chamber of Commerce to pressure councillors to withdraw the motion.

LeBlanc, the councillor who introduced the fossil fuel amendment, lost his law firm job two days after the city council meeting — though whether it was connected to his ‘fossil fuel’ amendment is unconfirmed. The other councillors experienced threats and abuse over email and social media — enough so that the CCPA decided to keep councillor interviews anonymous for the report.

Regina city councillors are part-time positions, meaning elected officials must rely on other forms of income outside of city hall. One councillor told the CCPA the possibility of losing their livelihood means they might feel pressured to ‘walk away’ from controversial positions.

“After this incident, yeah, you know what, there might be something that would come across Council I might walk away from and walk away from a position from rather than give up everything I’ve ever worked for. I’d like to think that there wouldn’t be but I didn’t come into [this job rich]… I still have responsibilities, you know.”

“It sets a dangerous precedent that there wasn’t more of a backlash or more of public anger about that – that we just allow our politicians, our elected representatives, to be bullied like that,” Enoch said.

“One of the more troubling consequences that may be the fallout from this whole event, is that our city council becomes gun shy on advancing those more aggressive climate policies – and if that becomes the case, then the oil industry has won.”

Not all the feedback councillors received was instigated by the industry, however. Many Regina residents supported climate action, but told councillors they believed the motion itself was too “divisive.”

Enoch says this is why it is important to outline the powerful politicians and industry players who instigated such ‘divisiveness.’ He points out the oil industry has “long documented historical complicity in denying climate change, delaying climate action, and, or diluting climate action.”

“I think we’re gonna see those kinds of conflicts flare up, and we’re gonna see the kind of campaigns proliferate in Western Canada, in cities. This is really a first look at what the future will be like for politics and climate change,” Enoch adds.

“I think that the majority of council will support environmental initiatives,” one councillor said. “So it’s a matter of making sure that we prepare properly, we get lots of public support, as much as public support is possible, that we’re strategic, that we bring the right people to speak to council on the issues.”

Another councillor agreed: ” I think that could have made a difference here.”