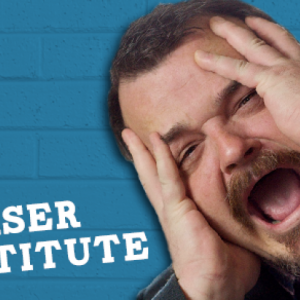 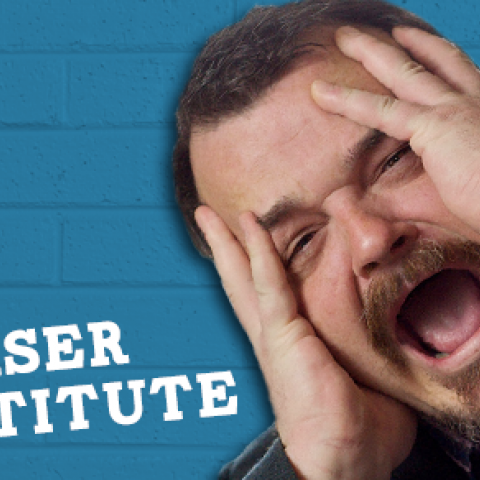 Right-wing Fraser Institute now claims it is not right-wing

Everything you thought you knew is wrong. Up is down. Down is up. And now the right-wing Fraser Institute says it has no ideology except Truth itself. That’s right. The think tank says it shouldn’t be characterized as conservative because its work is “not value-based, it’s driven by data.“ Fraser Institute president Niels Veldhuis made […]

Everything you thought you knew is wrong.

Up is down. Down is up. And now the right-wing Fraser Institute says it has no ideology except Truth itself.

That’s right. The think tank says it shouldn’t be characterized as conservative because its work is “not value-based, it’s driven by data.“

Fraser Institute president Niels Veldhuis made the comment in response to queries from the Toronto Star about whether the charity was under audit by the Canada Revenue Agency.

Veldhuis declined to say, even as the Harper government finds itself under increasing pressure to explain why dozens of charities with a track record of being critical of conservative policies find themselves the targets of political-activity audits by the CRA.

One of the groups, the Canadian Centre for Policy Alternatives, is being audited in part because the research and education material on its website appears to be “biased” and “one-sided,” CRA records show.

So let’s focus on what Veldhuis did say about values, data and the institute, whose tagline is full of coded words to let the world (hello Koch brothers!) know where it always comes down on the issues: “A free and prosperous world through choice, markets and responsibility.”

And to help underline the point, here are four Fraser Institute graphics posted on its Facebook page (and cross-referenced with a sampling of research findings) that illustrate how values-based data-driven its work really is: What you will find, though, is a flawed set of indicators produced by the Fraser Institute and used by the International Monetary Fund to advance a faulty conclusion that less labour market regulation may help reduce unemployment.

And don’t forget about the institute’s work to fight tobacco regulation, coming out against public health officials for cracking down on second-hand smoke.

The publication “highlighted the absence of any scientific evidence for linking cancer with second-hand smoke,” the institute explained in a letter to British American Tobacco in 2000 seeking a multi-year grant to fund a “Risk and Regulation Centre.”

This request followed donations from tobacco giants Phillip Morris and Rothman’s International to support the institute’s Social Affairs Centre, established to “examine problem areas of government associated with social policy” and to “shift toward individual and family-based solutions, in contrast to the previous statist solutions to social problems,” according to the institute’s letter to the UK tobacco giant. Given this world view, it makes sense the Fraser Institute hammers home the point that Canadians pay too much in taxes to push its small government agenda with its annual Tax Freedom Day and its Canadian Consumer Tax Index.

Too bad the institute uses flawed methodology and pads the numbers in its index by counting non-tax revenues as “taxes” and including taxes paid by businesses.

The institute gets it wrong on corporate taxes, too. For example, it held out the recent announcement of the merger between Tim Hortons and Burger King as a case study about how Canada was right to slash its corporate tax rate and why the United States needs to follow suit.

That’s right — 0.7%. (The effective tax rate is the actual amount a company pays after deductions.) We shouldn’t be surprised that “economic freedom” — or the absence of government meddling — is the Fraser Institute’s go-to policy prescription, even if it requires some mental gymnastics.

Take, for example, the Fraser Institute’s yearly call to advance a “market-friendly Earth Day.” In 2014, that meant the institute looked at the link between higher “economic freedom” and lower “concentrations of fine particulate matter” (PM10). Guess what? The report said the secret to cleaner air is economic freedom.

“Higher levels of economic freedom lead to cleaner air,” the report declared. “So how does economic freedom improve air quality? By ensuring private property rights, rule of law, and limiting the size of government.”

Turns out the study, based on a discredited index suspended by the World Bank because of major conceptual flaws, included a big asterisk.

“Our results lend support to the proposition that economic freedom creates the incentive to abate local air pollution such as that caused by particulate matter. The same may not be true for CO2, which appears to have a global impact,” the report confesses. “Put simply, we cannot find an effect of economic freedom on carbon dioxide emissions.”

Polluters of the world unite! You have nothing to lose but your chains! No wonder the Fraser Institute takes offence — repeatedly — to any environmental policy that would require companies to adjust their behaviour.

It’s this kind of logic that results in the institute encouraging people and businesses to burn through as much energy as possible to grow Canada’s economy, as it did earlier this year in a report that celebrated energy waste.

“Energy use and economic output grow together over time, and the evidence shows that if you limit energy use you damage future economic growth prospects,” the report said. “It’s obvious — energy drives economic growth. Yet policy-makers across Canada continue to treat energy consumption as a bad thing, and act as though cutting energy use is an end in itself. They need to understand the long-term costs of this thinking.”

Up is now down. Down is now up. And the Fraser Institute conducts value-free, data-driven research. Got it?

Photo: barkbud. Used under a Creative Commons BY-2.0 licence.