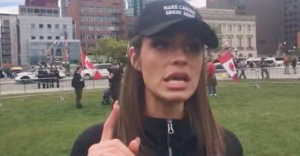 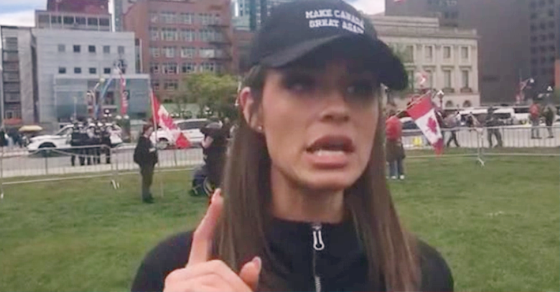 Next time someone tells you the new Conservative leader is “mild-mannered” or “middle-of-the-road,” ask them why the alt-right thinks Scheer is “our people”?

At an event described as a celebration of “U.S. President Donald Trump’s conservative agenda” by the alt-right Breitbart website, Faith Goldy of Ezra Levant’s Rebel Media – a website that aspires to be a Canadian copy of Breitbart – suggested Scheer is cut from the same cloth as the Breitbart and Rebel Media crowd.

No kidding. In addition to winning leadership with the support of anti-abortion organizers, the campaign manager of Scheer’s leadership campaign happens to be Hamish Marshall, the co-founder and director of Rebel Media.

After praising Scheer’s opposition to transgender rights and a motion condemning systemic racism and Islamophobia, Goldy suggested his voting record is proof he’s even further to the right of leadership runner-up Maxime Bernier.

“That tells you something about where Scheer’s head is at and the fact that he’s ‘O.G.’ when it comes to these issues,” Goldy says on a Facebook Live video filmed on the lawn of Parliament Hill.

Rebel Media is currently facing a boycott that has seen dozens of major brands blacklist the alt-right website linked to a number of controversies around the world and at home, including using a white nationalist terrorist attack on a Quebec City mosque as an opportunity to raise money and its connections to a disinformation campaign targeting democratic elections in France.

Yet Scheer hired one of Rebel Media’s directors to run his campaign?

Who else are Rebel Media’s kind of people?

Here’s a sampling of some of the “less than 100” people at the alt-right rally on Parliament Hill:

Although the group is an offshoot of European street gangs linked to neo-Nazis and white supremacists and the Southern Poverty Law Center labels them an anti-Muslim hate group, their Canadian chapters deny they are motivated by white supremacy or hate. Nevertheless, members of the group repeatedly find themselves at the centre of violence at anti-Muslim events.

• “Proud Boys”: Goldy was also spotted mingling with members of the “Proud Boys,” a group founded by Rebel Media host Gavin McInnes and described by Southern Poverty Law Center as an “alt-right fight club” that “engages in street fighting.”

Some wore battle gear on the lawn of Parliament while others wore symbols linked to militant Christian calls for a new crusade against Muslims – something Goldy herself called for a few months ago when she urged Christians to launch a new crusade to “retake Bethlehem.”

As Rebel Media director and Scheer campaign director Hamish Marshall might say: “you are the company you keep.”